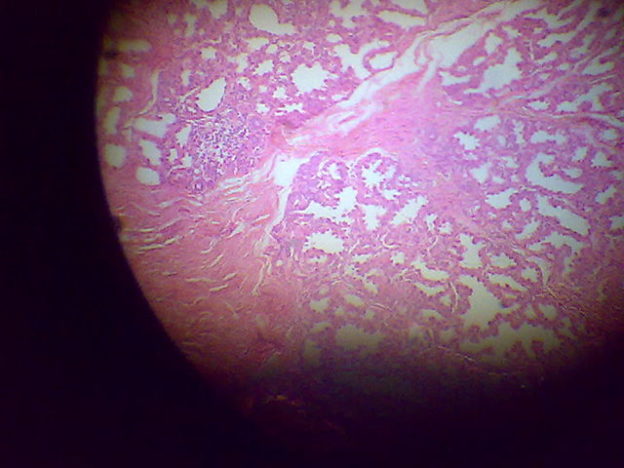 Female reproductive organs are divided into internal and external genital organs. The internal female reproductive organs are composed of the ovary, the fallopian tube, the womb (uterus), and the vagina. The external female genitals are referred to as the vulva. The external genitalia consists of the clitoris, the vulvar vestibule, the vulvar vestibule glands, the labia minora, and the labia majora. The uterus is also classified as a part of the genitals, even if it is not visible from the outside. The female breasts, however, are classified as a secondary genital. 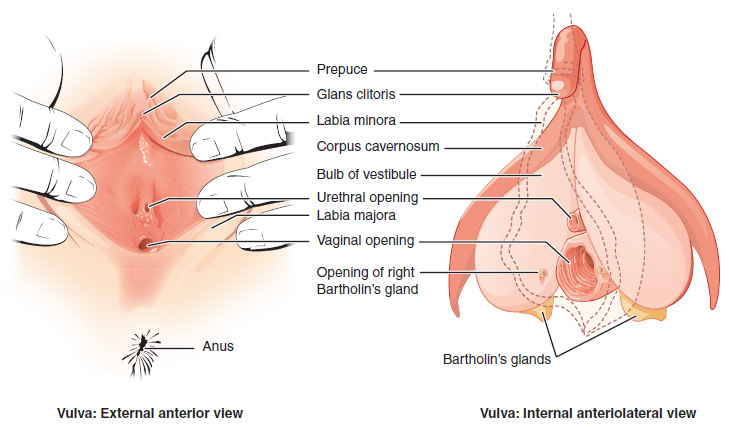 The follicle formation takes place in the ovaries – the female gonads. The ovary is reminiscent of the shape and size of a plum and at birth already contains the full amount of lifelong available oocytes. That is about 200,000 immature oocytes per ovary.

During the reproductive period throughout the lifetime of any female, about 400–500 oocytes mature influenced by hormones. After ovulation, the oocytes can be fertilized. In their mature state, the fallopian tubes are each about 4 cm long, 2 cm wide, and 1 cm thick. During menopause, the size is constantly changing until it reaches its final size which is comparable to an almond. The ovaries are located in the inner pelvis walls on the right and left side of the lesser pelvis.

The first day of the menstrual bleeding is always classified as the beginning of a new cycle. Nevertheless, it is an ongoing process with flowing transitions. Follicles (vesicles) encase each oocyte. This first phase of follicle maturation is described as the previous cycle. In the second half of the cycle, more follicles develop as well, that e.g., can be visualized by ultrasound. They are called antral follicles.

Normally, only 1 follicle reaches full maturity. The remaining follicles gradually form back. The fully mature follicle has a size of about 2 cm. It reaches this size at about the 14th day of the cycle. The growing follicle exerts pressure on the environment causing the case to rupture and the oocyte to be released. In this phase, the fallopian tube meets the oocyte and can accommodate the released egg. From there, it is transported through the Fallopian tube to the uterus, where this process is supported by fine hair-like projections and muscles.

The menstrual cycle and its follicle formation are hormonally controlled. Hormones influence each other at the level of the midbrain (hypothalamus), pituitary gland (hypophysis), and ovary. 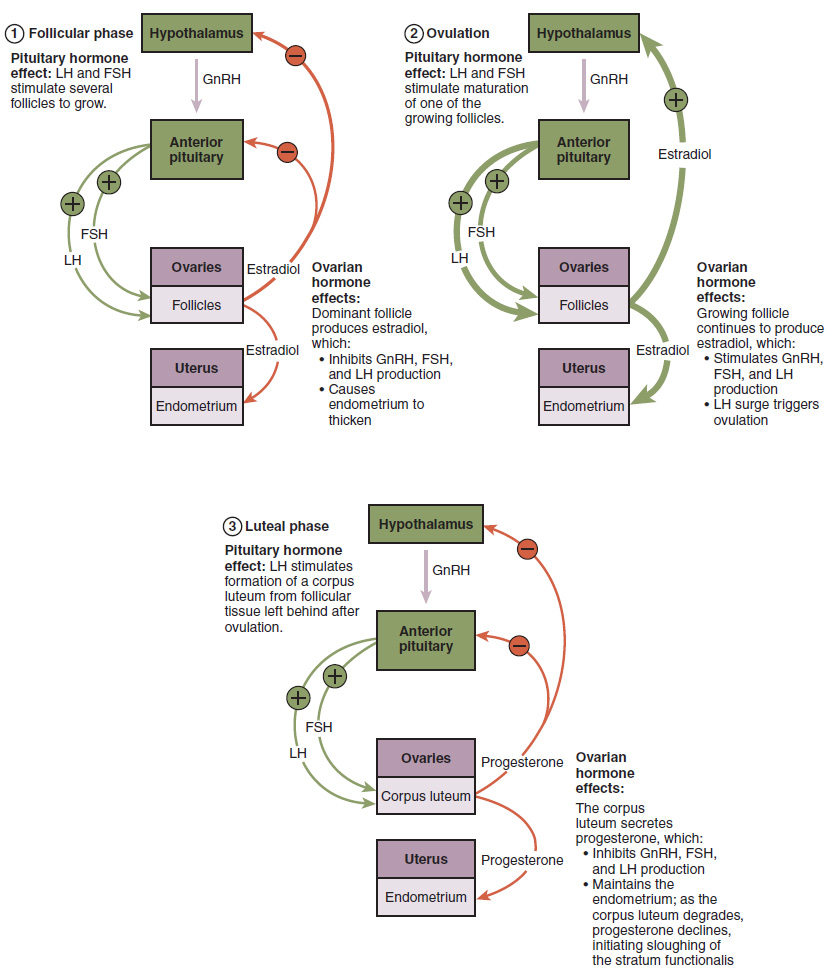 The gonadotropin-releasing hormone (GnRH) is produced (synthesized) in the hypothalamus. GnRH is also known as neuro-secretion. Its function is to stimulate the release of further hormones. These hormones are called gonadotropins. GnRH is a peptide hormone, composed of 10 amino acids. It is transported to the anterior pituitary via the portal system. Approx. every 3 hours GnRH is cyclically released. However, underproduction can contribute to diseases. One being, amenorrhea, in which the menstrual period doesn’t occur.

FSH is known as the follicle-stimulating hormone, also called follitropin. Together with LH, it controls the maturation of follicles and estrogen production.

LH is a luteinizing hormone that is also known as lutropin. It is synthesized in the hypophysis and controls, together with FSH, follicle maturation and ovulation. Furthermore, it is necessary for the production of estrogen and progesterone.

The hormone estrogen is of importance for the formation of secondary sexual characteristics. Additionally, it promotes the vagina’s healthy flora and aids in the formation of the uterine lining (endometrium). The follicle maturation is also influenced indirectly by this hormone. Estradiol 2 (E2) is another type of hormone. It is produced in the ovaries and the placenta as well during pregnancy.

The Stages of Follicle Formation

The follicles progress through different stages in which the follicle designations change as well. 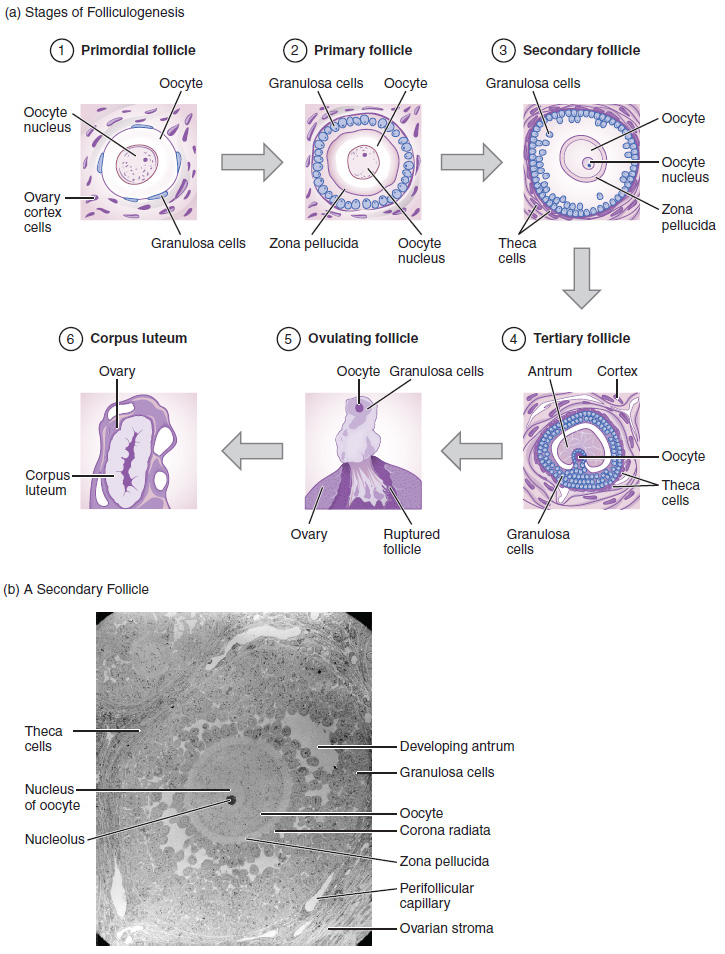 Primordial follicle derives from the primary oocytes. Its epithelium is flat and consists of 1 layer.

The primary follicle forms a gap between the oocyte and the follicle cells. In this interspace extracellular material is deposited. Primary follicles absorb proteins and accumulate fat. Therefore, their volume increases with formation decreasing at the age of 35.

In the case of the secondary follicle, the epithelium consists of 5 layers. These layers are composed of interconnected high prismatic cells. Gaps between the cells are possible. The gap between the oocyte and the follicle cells persists as well. Here, the zona pellucida originates, which consists of basement membrane material. Also, the theca folliculi (also called theca organ) forms in this stage. It derives from the stromal cells that in turn enclose the follicle cells.

The tertiary follicle measures about 1 cm and is surrounded by 6–12 layers. The gaps are further grown (follicle antrum) and are filled with follicular fluid (liquor folliculi). This is produced by the granulosa cells and contains hyaluronic acid. The theca folliculi consists of 2 layers. One, the theca interna which produces steroidal hormones that affect the endometrium. Two, the theca externa consisting of cells similar to muscles. It also contains blood vessels and reticular fibers.

The Graafian follicle measures about 1 cm. With the Graafian follicle, the follicle maturation ends. The gaps form the follicle antrum, also called the antrum folliculi. Further, it is filled with the follicular fluid. Now, the oocyte is in a hill-shaped protrusion that is described as the cumulus oophorus. Once the oocyte is removed from that hill, it is freely floating in liquid, with theca interna and externa still present. Finally, the case ruptures and the oocyte is released. Ovulation occurs, while the theca interna and externa, as well as the granulosa cells, form the corpus luteum. In the ovary, maturity levels are detectable as long as the woman is still fertile.

Uterus with Endometrium, Myometrium, and Perimetrium

The uterus holds and feeds the embryo, provides enough space and supports the process of birth. It is a hollow organ having strong muscles and the shape of a pear. It is composed of 3 layers, the inner endometrium, the myometrium, and the perimetrium. The endometrium is the uterine lining consisting of the mucous membrane. It consists of a single-layer covering the epithelium and the connective tissue stroma. The endometrium is interlocked with the myometrium.

The endometrium is a mucosal membrane, where the fertilized oocyte implants. It assembles and disassembles cyclically under the influence of gestagen and estrogen. This rebuild occurs in phases, namely the proliferation phase, the secretion phase, the premenstrual period, and menstruation. Also, the endometrium is the place of placental development. The endometrium contains the uterine glands. The lamina propria mucosae, including the functional stratum, is subjected to cyclic changes too. The basal layer (stratum basale), which is the barrier of the myometrium, is also part of the endometrium.

The perimetrium is the outer layer of the uterus wall. It encloses the uterus outwards, towards the abdominal cavity. Together with the tela subserosa, it serves as a sliding layer.

The female breast serves as the infant’s nutrition and is a secondary sexual organ. The shape and size depend on various factors and changes during the cycle and a woman’s whole life. Under the influence of estrogen and gestagen, the tissue is better supplied with blood. Additionally, water accumulates and, thus, causes volume increase.

Image: “Anatomy of the breast” by Phil Schatz, License: CC BY 4.0

Structure of the mammary (breast)

The mammary is mainly composed of fatty tissue (about 80% in the case of a non-breastfeeding woman) and connective tissue. It includes the milk-producing gland tissue (glandula mammaria), that consists of 15–20 lobules (lobuli). The lobuli are connected to the nipple (mammilla) by the milk ducts (ducti). At the end of the milk ducts are the lactiferous sinus (sinus lactiferi), that excrete milk while breastfeeding and serve as a milk reservoir. The areola allows the exclusion of air and, thus, helps the infant with suckling.

Glands within the mammary

The mammary is the mammary gland. It is composed of 10–20 individual glands. Each has its efferent duct, the main 1 is the lactiferous duct (ductus lactifer colligens). The glands are described as tree-branch vesicles that are separated by the stroma (fat and connective tissue). The resulting sections are the lobes (lobi). The lobes are divided into lobules.

At the end of the lobules (alveoli), milk is produced in the case of a breastfeeding woman. This process is triggered by the hormones prolactin and oxytocin. Progesterone is the hormone that already prepares the body for lactation during pregnancy. The development which is influenced by hormones occurs during adolescence. The scent glands, by the release of pheromones, help the infant to find the breast.

Pheromones are attractants. Here the Montgomery glands become visible as elevations on the mammilla. The mammilla itself is interspersed by a network of muscle fibers. It contracts when touched, at which the nipple gets bigger. Therefore, allowing the infant to suck with ease.

Common Disease of the Uterus 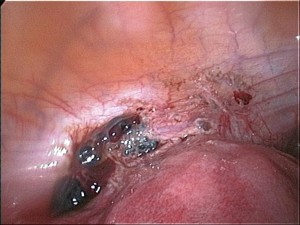 The 2 inner layers of the uterus, the endometrium, and the myometrium are susceptible to proliferation. In the case of the endometrium, we refer to this as endometriosis. This is a benign condition, but can develop to be painful and at worst, spreads to other organs.

This mostly involves endometrial growths that originate simultaneously with the endometrium during the cycle. Endometriosis can result in permanent pain and is often associated with cyst formation. Its progress can also be asymptomatic and, thus, an identical finding. Endometriosis can cause infertility. If untreated it gets worse until menopause. It can be treated with hormones. In case of doubt, a surgical procedure is necessary.

Diseases of the Female Breast 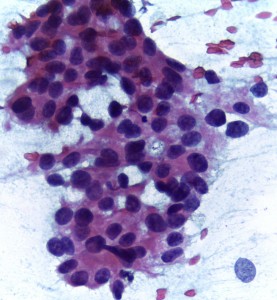 A possible disease of the female breast is mammary carcinoma. Breast cancer is the most common cancer in women and mainly occurs around the ages of 40–60. The risk factors are not fully understood, but among others, genetic factors can be assumed.

The classification is divided into non-invasive, invasive, and others. The risk of metastasis is high. Lung, bones, liver, and adrenal glands, as well as the brain, are especially affected. The treatment depends on various factors. In the case of surgical therapy, the regional lymph nodes are also removed and the effort is to avoid a breast amputation (mastectomy).

Tortora, G. J., &Derrickson, B. (2015). Introduction to the human body: The essentials of anatomy and physiology.