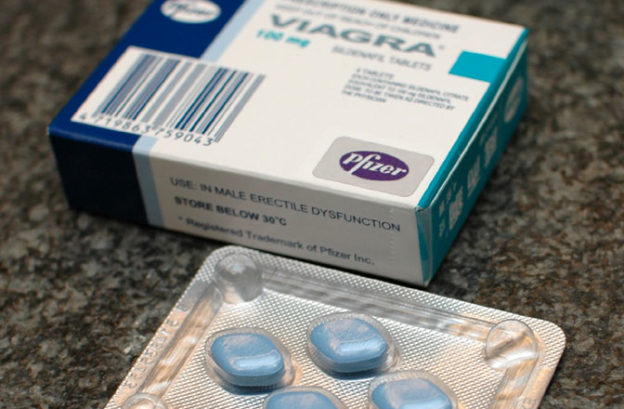 Peyronie’s disease is a penile condition that presents with a palpable plaque and an abnormally increased curvature of the penis when erect. This is associated with painful erections and/or erectile dysfunction.

Etiology and Pathophysiology of Erectile Dysfunction and Peyronie’s Disease

Peyronie’s disease’s most common and well-established etiology is sexual trauma to the erect penis. A dorsal or ventral sheer stress can be elicited in the past medical history of most patients with Peyronie’s disease. It is believed that impaired healing along with fibrosis are the main causes of the formation of the penile plaque which is responsible for the increased curvature of the penis and the painful erections in Peyronie’s disease.

Other less common etiologies of Peyronie’s disease include a family history of the disease, history of Paget’s disease of the bone and Dupuytren’s contracture.

Additionally, it is important to ask about the normal and physiological morning erections, and whether the patient can have an erection due to sexual thoughts. If the patient can attain an erection in these circumstances but not with his partner, the possibility of psychogenic erectile dysfunction is high. 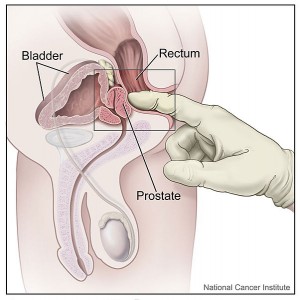 Image: “Digital rectal exam of the prostate.” by Unknown – This image was released by the National Cancer Institute, an agency part of the National Institutes of Health, with the ID 7136. License: Public Domain

Risk factors for erectile dysfunction such as a relevant drug history, alcohol intake and tobacco smoking should be excluded. It is also important to ask about painful erections, increased curvature of the erect penis and history of previous sexual trauma to the penis which can point towards Peyronie’s disease.

Systemic conditions known to be associated with erectile dysfunction such as diabetes, hypertension, multiple sclerosis, and polyneuropathy should be excluded. Physical examination should include a genital examination to exclude any penile structural abnormalities such as plaques, to assess the prostate via rectal examination, and to exclude male hypogonadism.

It is important to exclude diabetes or hyperglycemia as many patients with type 2 diabetes can present with symptoms and signs of peripheral vascular disease or neuropathy before the establishment of the diagnosis of diabetes. A fasting blood glucose level is therefore indicated.

Testosterone levels should also be checked to exclude male hypogonadism as the cause of erectile dysfunction. Other tests to exclude systemic diseases include liver function tests, kidney function tests and BNP levels to exclude heart failure/cardiovascular disease.

The next step would be to exclude vascular causes by performing either an intracavernosal injection of vasodilators that cause tumescence within 10-15 minutes or a color Doppler ultrasound scan. Achieving an erection with injections is indicative of the severity of the erectile dysfunction. Color Doppler ultrasound scans help to diagnose arteriogenic erectile dysfunction.

Treatment of erectile dysfunction depends on whether a cause can be identified or not. When the cause is hypogonadism, testosterone can be used. Patients with psychogenic erectile dysfunction benefit from psychotherapy and oral sildenafil therapy, a phosphodiesterase type 5 inhibitor (PDE5 inhibitor), that blocks the degradative action of cGMP-specific phosphodiesterase type 5 (PDE5) on cyclic GMP in the smooth muscle cells lining the blood vessels supplying the corpus cavernosum of the penis.

Obese patients and those who have sleep disturbances benefit from weight reduction and physical exercise. Smokers and alcoholics should be advised to quit or abstain respectively.

If these treatments fail, sildenafil therapy should be tried for most patients who complain of erectile dysfunction. Additionally, adequate glycemic control should be achieved in patients with diabetes.

If sildenafil therapy or another phosphodiesterase type 5 inhibitors fail, intracavernosal injections, intraurethral injections and vacuum constrictive devices should be tried. These treatments of erectile dysfunction carry certain risks such as painful and prolonged erections, hence should be used only as second-line therapies.

When all of the above fail, a penile prosthesis can be implanted to achieve adequate penile erections.

Several medical options exist for Peyronie’s disease that can be tried before going for surgical correction. Systemic treatment with vitamin E supplementation, colchicine, tamoxifen, and Acetyl-L-carnitine have been all used with variable success in improving sexual performance in men with Peyronie’s disease.

Additionally, intralesional treatments where an injection of a calcium channel blocker such as verapamil, collagenases or interferons can be used in this group of patients. Intralesional treatments are known to decrease and/or reverse fibrosis in the penile plaques and can perhaps alleviate the symptoms of the disease.

When local and systemic therapies fail, surgical treatment is usually indicated in patients with Peyronie’s disease. The goal of surgery in Peyronie’s disease is to achieve asymmetric penis. The penis is usually curved to one side or the other and the procedure involves lengthening the shorter side of the penis or shortening the longer side.

Another option would be a penile prosthesis especially in men with erectile dysfunction due to Peyronie’s disease.