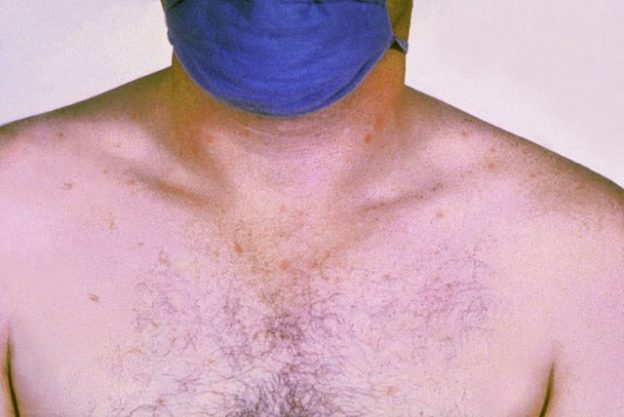 Enteric fever, also known as typhoid fever, is a systemic illness caused by Salmonella enterica which presents with high fever, abdominal pain, headaches and sometimes a skin rash. The most commonly implicated subspecies is known as enterica serovar Typhi and to a lesser extent serovars Paratyphi A, B, and C. the organisms will be simplified as Salmonella Typhi and Paratyphi for easier reference in this article.

Salmonella infections are related to sanitation and the use of antibiotics in the society. Since the introduction of antibiotics in the United States and the improved sanitation conditions, the cases of Salmonella typhi have decreased dramatically. The most recent report shows only 314 cases of Salmonella Typhi infection in 2006 in the United States. In the developing world salmonella, outbreaks are seen during war times and other periods where there is a breakdown in sanitation and the availability of medications. 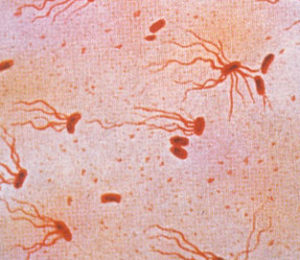 Nowadays, mortality from enteric fever is very unlikely. The median duration of hospitalization for patients diagnosed with enteric fever is around 6 days. If left untreated, most patients develop serious central nervous system complications. The mortality rate without prompt antibiotic therapy is approximately 13%.

The most commonly affected age group with enteric fever are school-aged children. Infants might also develop enteric fever, but the presentation is usually atypical and difficult to identify.

Salmonella non-Typhi species, when present in the gut, are first engulfed by phagocytes. Once this happens, the phagocytes present the bacteria to the macrophages found in the lamina propria. Macrophages identify the organism and produce inflammatory mediators such as interleukin-8 which attracts T cells and neutrophils.

It is currently believed that salmonella Typhi gets entry to the bloodstream via specialized fimbriae attachment to the epithelium over the Peyer patches, which are specialized clusters of lymphoid tissue in the ileum. Once there, the bacteria are able to travel through the lymphatic system.

Salmonella Typhi has a specialized Vi capsular antigen that makes it difficult for neutrophils to identify the organism and produce an appropriate inflammatory response. This important virulence feature is hypothesized to be responsible for the increased invasiveness of Salmonella Typhi compared to other salmonella species.

Salmonella Typhi can also cause a chronic carrier state that is usually asymptomatic. These individuals are usually responsible for typhoid fever outbreaks and, with adequate epidemiological studies, one can trace typhoid fever endemics to certain carriers.

The most important risk factors for typhoid fever are related to poor hygiene, poor handling of food items and drinking sewage-contaminated water. Therefore, education about good food handling practices and improving sanitation are known to lower the risk of acquiring Salmonella typhi significantly.

The typical incubation period is usually one to two weeks. Fever builds up gradually during the day and then drops down the next morning. This cyclic pattern is usually evident in most patients.

Patients develop severe abdominal pain, abdominal tenderness, and constipation. Constipation is thought to result from the enlargement of the Peyer patches in the bowel. This gastrointestinal stage usually lasts for one week and is then followed by a dry cough, frontal headaches, and delirium. Once the patient develops these late symptoms, they become very tired and develop malaise. 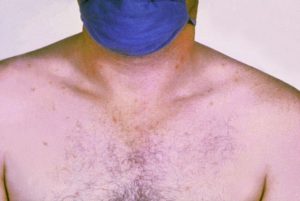 After one week, the fever becomes constant at 39 to 40 Celsius degrees. The patients, at this stage, also develop a characteristic skin rash that has rose spots and blanching truncal maculopapules.

Patients who survive the disease without treatment are likely to develop permanent neurological sequelae. Treated patients do not show this typical picture. Instead, their illness usually subsides within four days and they markedly improve without the development of constant fever, neurological symptoms or other complications.

The diagnostic of enteric fever is a clinical one; still, many laboratory investigations can be helpful to confirm the diagnosis. The best diagnostic modality is culturing of the organism.

Bone marrow cultures are helpful in the confirmation of the diagnosis, even after starting antibiotic therapy, but this procedure is too painful to be considered in every patient presenting with enteric fever. Instead, blood and intestinal secretions or stool cultures are usually sufficient to confirm the diagnosis. They can yield a positive result in approximately 90% of the cases. Multiple blood cultures, usually more than three blood samples, can increase the sensitivity to approximately 97%. 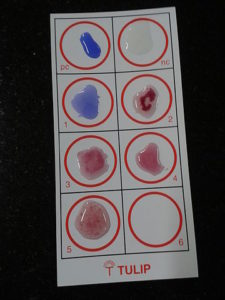 Polymerase chain reaction testing is available as a research tool to identify Salmonella typhi from blood and urine samples. This technique has a sensitivity of about 82.7% and a specificity of 100%. Unfortunately, these tests are not available for clinical practice, but they are rarely needed as the clinical picture and history of exposure are usually evident.

IgM and IgG antibodies can be detected using indirect enzyme-linked immunosorbent assay (ELISA) and the results are promising.

Any patient presenting with the pattern of fever described above, which is also associated with severe abdominal pain and constipation, should be questioned about recent travel history to endemic areas. If travel history is positive, antibiotic treatment should be started immediately and the previously mentioned laboratory investigations should not delay the treatment.

Empirical therapy for typhoid fever consists of ceftriaxone combined with ciprofloxacin. This empirical antibiotic regimen should be used temporarily until confirmatory tests and culture results are back with sensitivity profiles. Once the sensitivity profile of the infecting Salmonella typhi is known, narrow-spectrum antibiotic therapy should be switched too.