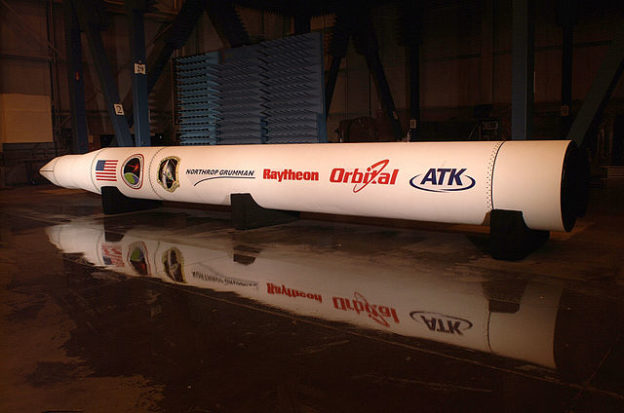 Energy is one of the most fundamental parts of the universe. Energy supports life itself. It allows objects to move despite other forces, the pressure to be exerted, substances to be heated, and electric current to flow. The 2 most essential forms of energy can be described as follows:

Gravitational potential energy is the energy that an object contains due to its position in a gravitational field. It is most commonly used when an object is present near the earth’s surface, where acceleration is downward towards the earth (gravity). Gravity is a constant force of 9.8 m/sec2 (for earth). Thus, an item released from the top of a building will fall towards the earth to the base of the building at an acceleration rate of 9.8 m/sec2. The acceleration is denoted as negative due to the downward motion. 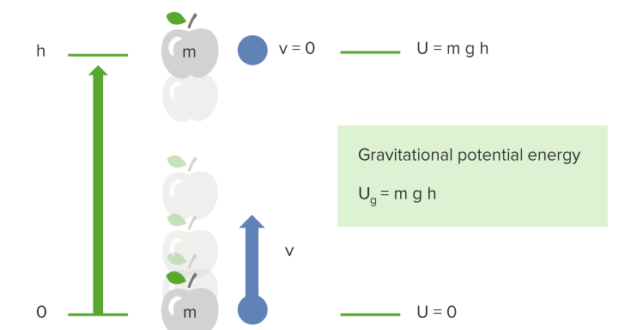 These 2 energy states transfer energy back and forth to each other. Kinetic energy is the energy of motion. As an object moves, it is gaining kinetic energy. Potential energy is stored energy, which is the energy that can be used ‘potentially’ for motion. 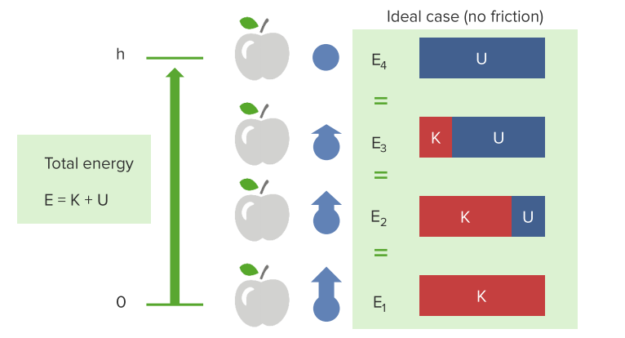 Energy of the spring

So, where does the energy exist in the spring? On starting to pull the spring, the spring will expand easily without much force. The more one pulls the spring and the further it stretches, the harder it becomes to pull it even a little more. The same thing occurs in compressing the spring. The more one compresses the spring, the harder it becomes. So, any expansion or compression of the spring will cause the spring to tend to go towards the equilibrium point. This tendency is the conversion of potential energy by compression or expansion to kinetic energy as it moves towards the equilibrium point.

The other important aspect of a string is the presence of elastic recoil: When a spring is stretched, it exerts a restoring force which tends to bring it back to its original length. This restoring force (transfer of potential energy to kinetic energy), is proportional to the amount of stretch as described by Hooke’s law.

Hooke’s law was named after the 17th-century British physicist Robert Hooke. The basis of his law is that for relatively small deformation of spring, the displacement or size of the deformation is directly proportional to the deforming force or load. In equation form, it is

In order to determine the potential energy present from the expansion or compression of a spring, it is necessary to know the amount of displacement of the spring from its equilibrium point. Thus, the equation form is as follows:

A summary of the interrelated concepts is important as it gives a clear understanding of the information regarding energy. Comprehension of the fundamental types of energy is essential before memorizing the equations to solve problems.

There are 3 types of energy: kinetic, potential, and total energy.

Kinetic energy is the energy of motion.

Potential energy is the stored energy that can be used for motion.

The total energy is the combined energy that stays constant when an object is moving and at rest or when spring is in equilibrium and expanding/compressing. The changes that take place occur in the kinetic and potential energies.

The table below shows the different properties relating to energy. They are all different in what they are calculating but provide information about related concepts of energy. Again, it is crucial to understand the concepts first before trying to use the equations. It will make more sense in that manner, and retention of the material will be better in the long run.