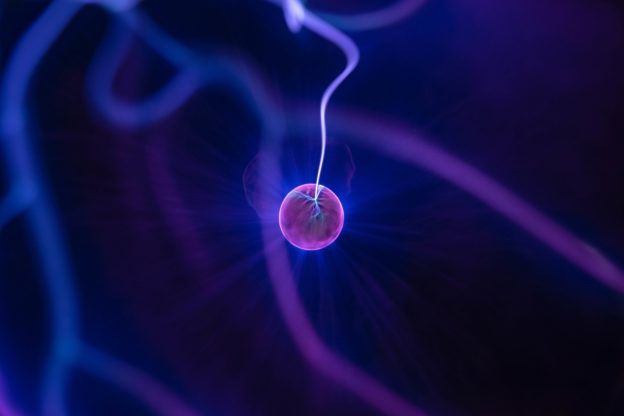 Photo by Zoltan Tasi on Unsplash

The atom is made up of positive, negative, and neutral particles.  The nucleus, located in the center of the atom, consists of neutrons and protons.

Several theories have been put forward to explain how particles exist in the atom. One idea, the plum pudding model, suggests the positive charge (proton) is distributed throughout the atom, while the negative charges (electrons) appear randomly.

Further investigation by other scientists, namely Niels Bohr and Ernest Rutherford, disproved the plum pudding model. Their research showed that the positive charge of the atom existed only in the center of the nucleus. In addition, negative charges (electrons) orbited the nucleus. Electrons orbit stably (without radiating) and only in specific orbits. It is a semi-classical model, in which the electron’s motion around the nucleus is restricted by the quantum rule. In this model, electrons can gain or lose energy if they jump from an orbit to another.

The electrons exist in the atom in orbitals and in discrete, distinct energy levels. The atom has different energy levels for the electrons to occupy. The energy level is denoted by the letter n, which can only be an integer starting at 1 and incremented by 1. So, n can equal 1, 2, 3, etc.

Electrons can move from one energy level to another. For example, the hydrogen atom has one proton, one neutron, and one electron, which is located in the ground state n=1. This electron can go to a higher state, implying it leaves the n=1 orbital and enters n=2 orbital. Any source of energy, including electricity, allows electrons to move to lower or higher states.

When the electron accomplishes that task, it is then considered to be in an excited state, when it contains more energy. The electron can only achieve this migration by gaining energy to move to a higher state. This can take place when the electron receives a photon of light. It is important to note that electrons usually occupy the lowest available space when in a grounded state.

An electron can also drop to a lower energy state, thus releasing a photon. The photon energy will be equal to the energy the atom loses during migration.

The first equation demonstrates that photon energy is equal to the energy in the excited state minus the energy in the grounded state. The second equation shows another way to calculate the energy of the photon-based on h = Planck’s constant, f = frequency, ʎ = wavelength and c = speed of light.

The energy needed or released as electrons become excited or head toward the grounded state, respectively, is not equal between the levels. From the ground state up, the space from one energy level to the next decreases. So if an electron goes from level 4 to level 3, it will release less energy than it would if it had gone from level 3 to level 2.

In this equation, e = electron charge, V = voltage, n = level and En = energy. Substituting this equation will help calculate the change in the electron’s energy as it traverses from one level to another. This will help determine the emitted photon’s energy.

The calculated energy is negative when referring to bound electrons, which are closer to the nucleus and bound to the proton. As an electron goes to higher levels, the energy becomes less negative by increasing in value. The higher the level, the more the energy heads towards 0 since the electron is far from the nucleus, which would occur when n = ∞. Electrons have a constant feeling of energy as long as they are orbiting within the same level. The energy changes when they move higher or lower.

This process creates a fingerprint for atoms. The emitted energy and light can be directed towards a prism, which separates the light into bands of different colors creating a unique emission spectrum for each atom.

In the opposite manner, light can travel through an atom, where electrons get excited, and the exiting light can be refracted in the prism to see what colors are missing since those frequencies were absorbed by the electrons. This would create a unique absorption spectrum for each atom.

Quantum numbers are used to describe the orbitals in which electrons can be found. The first one is n, which signifies the different energy levels the electrons can occupy. On solving the Schrodinger equation, one can attain the wave function that allows them to calculate the probability of which energy level electrons are in an atom.

Each of these levels has different possible shapes. The shapes, or orbitals, are denoted by the letter l. The higher the level, the greater the number of shapes, but this number is limited per level by n-1. For example, when n = 2, l = 0 and 1. At n = 2, there are two possible shapes: circular or bilobed. Each shape can have a different possible orientation, denoted by the letter ml. The orientations are also limited and range from –l to +l. The last quantum number is spin ms which can be only +1 or -1, respectively.

The electrons travel in different orbitals based on the quantum number.

The shapes of the different orbitals allow for creating a unique notation for each atom. If an atom is in the first energy level, n = 1, then l = 0 implies an s shape. This is denoted as 1s2 where 1 is the level, s is the shape, and 2 is the number of electrons that fill this level.

The next level that will be filled would be 2s2. s implies the spherical or circular orbital only. Thus, this would be level 2, the shape s, and 2 electrons.

The electron notation used allows all the atoms to be placed in a table, called the electron configuration table or the periodic table. Each part of the table represents the status of the different energy levels and orbitals.

For example, P for phosphorous. In order to write the electron notation, start at the top left and go to the right one line at a time. The notation would be 1s22s22p63s23p3. Since the P has only 3 electrons in the outer orbital, it can still acquire more electrons. The column to the far right is for noble gases, which are inert gases. These atoms have full outer orbitals. In addition, He is to the far right because the outer shell of s is full, with 2 electrons. It is colored blue since it belongs to the s orbital area.

This is also known as the Heisenberg Uncertainty Principle or Indeterminacy Principle. Each particle exists at a position with a particular momentum. Unfortunately, neither of these measurements are very precise. Heisenberg stated that the uncertainty principle helps estimate the particle’s physical properties, in regards to position and momentum, mathematically. It is impossible, practically or theoretically, to measure the position and velocity of any object at the same time.

A particle’s position is described as the probability of location with a wave. The momentum is related to the wavelength of the uncertainty wave. However, to narrow down the particle’s location, construct many waves with varying wavelengths and momentums. Adding the waves together creates a new waveform from constructive interference and destructive interference. The new wave is called the wave packet and shows more of a centralized location of the particle’s position and momentum, as seen in the figure below.

The energy of release is called the work function (phi). The photon’s energy partially contributes to releasing the electron and partially to the released electron’s kinetic energy.

Jha, A. (2013, November 10). What is Heisenberg’s Uncertainty Principle? Retrieved February 24, 2017, from https://www.theguardian.com/science/2013/nov/10/what-is-heisenbergs-uncertainty-principle