Electronegativity is defined as the tendency of an element or atom to attract bonding pairs of electrons towards itself. It also tells one the property of an atom to withdraw electron density when a covalent bond is formed. It is one of the periodic properties of the elements. This means that the elements are arranged in the periodic table so that they show a certain trend in their chemical and physical properties.

“Affinity of negative charge. This affinity is described as electronegativity, and it is measured on the Pauling scale” Image created by Lecturio

Large atoms have a low affinity because:

Going across the periodic table, the affinity for bonding electrons increases because the nuclear charge increases without a significant change in the distance of the valence electrons from the nucleus.

A critical property of molecules that depends on electronegativity is bond polarity. When two atoms form a covalent bond, the electronegativity values of the atoms involved in forming the bond dictate the polarity of the bond formed. Bonds formed can be polar or non-polar.

The same goes for water molecules. Water contains two OH bonds. Oxygen is a more electronegative element than hydrogen. Therefore, the covalent bond between these two atoms is polar, with the O atom being the negative end and the H atom as the positive end.

A different scenario occurs in the compound O2. The molecule only contains two oxygen atoms connected by a covalent bond. Since the two O atoms have the same electronegativity value, the two atoms will have equal strength in pulling electron densities towards them. Because of this, there will be no apparent poles in the compound, and the compound is considered non-polar. 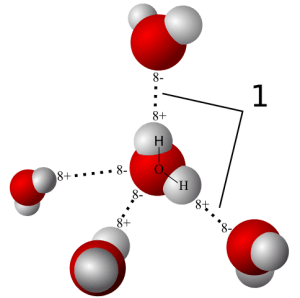 For polar compounds, dissolution occurs because of the electrostatic interaction between the positive and negative ends of molecules. The electropositive end of one molecule readily attracts the electronegative end of another molecule.

For example, considering the water molecule, the polarity arises with the O atoms at the negative end while the H atoms are at the positive ends. When two water molecules interact, the H atoms of one molecule are attracted to the O atom of the other molecule. The special type of bond that is formed is known as a Hydrogen bond.

Resonance involves the rearrangement of pi and sigma bonds within a molecule. Technically, the molecule is unchanged; the same atoms are connected together. The main difference is the arrangement of single, double, and triple bonds. The molecular formulas, as well as the total number of electrons and over-all charge, will still be the same. 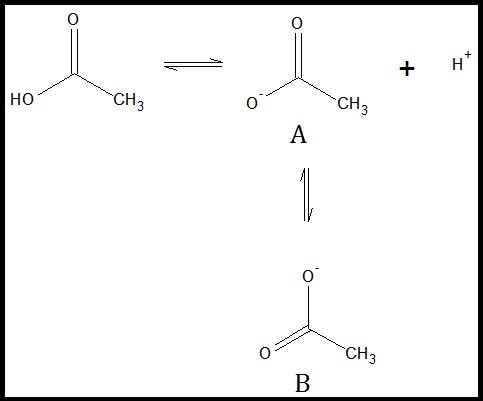 Structures A and B are resonance structures of each other. They have the same molecular formulae with different arrangements of pi and sigma bonds. The figure below illustrates the rearrangement.

The chlorine atom tends to pull the electron density of the C–Cl bond, leaving the C1 atom as slightly “positive.” The C1 atom then has a tendency to pull the electron density from C2, then C2. The more the electron-withdrawing group (electronegative groups) causes induction, the more stable the acetate molecule becomes. For example, replacing another H atom with a Cl atom in the chloroacetate ion increases the compound’s stability due to stronger delocalization.

Combination of mesomeric and inductive effects

“Combinations of mesomeric and inductive effects” Image created by Lecturio