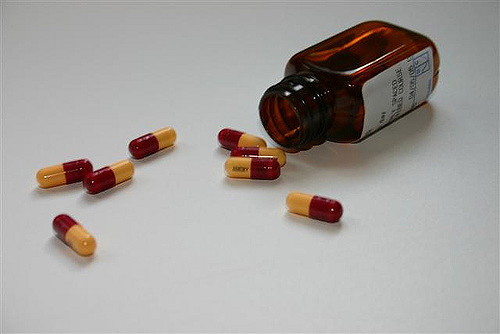 Substance abuse refers to the use of an illegal drug, excessive or nonmedical use of a legal drug, or deliberate use of chemicals in a harmful manner. Substances are abused to experience pleasurable or other “elevating” psychological effects associated with their intake.

The term “dependence” (previously called physical dependence) is used to describe a state in which the termination of drug exposure (“withdrawal”) is associated with signs and symptoms, frequently the opposite of those caused by the drug.

“Addiction” (previously called psychological dependence) is used to describe the compulsive use of a drug despite its known negative consequences.

“Tolerance” refers to a decreased response to a drug, requiring larger doses to produce the same effects. Tolerance can be metabolic, behavioral, or functional.

Stimulants include caffeine, nicotine, amphetamines and congeners, and cocaine. 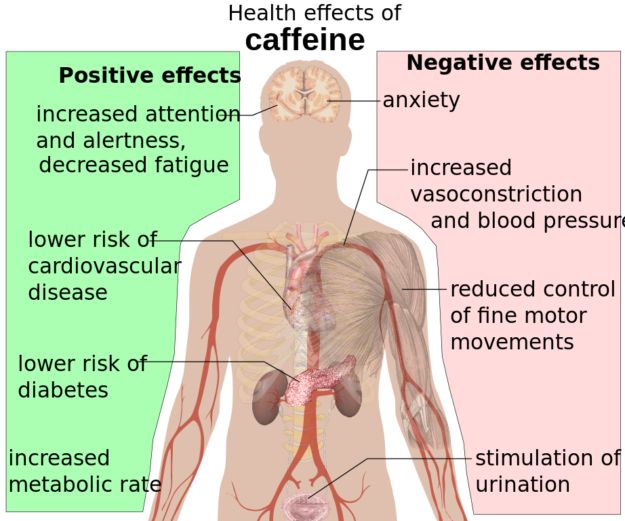 Caffeine is an alkaloid of the xanthine group that is a non-selective antagonist at the A1 and A2 adenosine receptors and induces intracellular calcium release (see image). It also acts as a psychoactive drug, as it is slightly dissociative, as well as a stimulant.

In the United States, between 80% and 90% of adults consume caffeine every day. In many countries in the European Union, coffee drinking is equally popular, especially in Norway, Sweden, and the Netherlands. In contrast, in Mexico, despite it being one of the main producers of coffee in the world, annual consumption per-capita is extraordinarily low, at 1.2 kg.

The caffeine content of selected beverages is outlined in the table below. 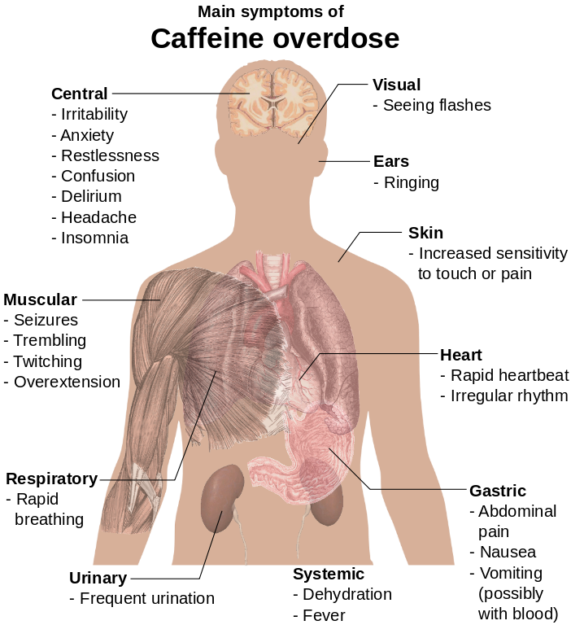 Nicotine is an organic compound, an alkaloid found mainly in the tobacco plant (Nicotiana tabacum), with a high concentration of the drug in its leaves (approximately 5% of the weight of the plant and 3% of the weight of dry tobacco).

Nicotine exposure can occur through tobacco smoking, chewing, or snuffing. Nicotine is an agonist at nicotinic acetylcholine receptors (nAChR). Symptoms of withdrawal include lethargy, irritability, and headache (see image). Nicotine-replacement therapies are available in gum, patch, candy, and “e-cigarette” forms. Varenicline and cytisine are partial agonists of α4β2-containing AChRs used in nicotine addiction. Bupropion is a nicotinic antagonist and antidepressant that is approved for nicotine-cessation therapy. Rimonabant, an antagonist at cannabinoid receptors, is also used in smoking cessation, although it is not approved by the U.S. Food and Drug Administration for this purpose. 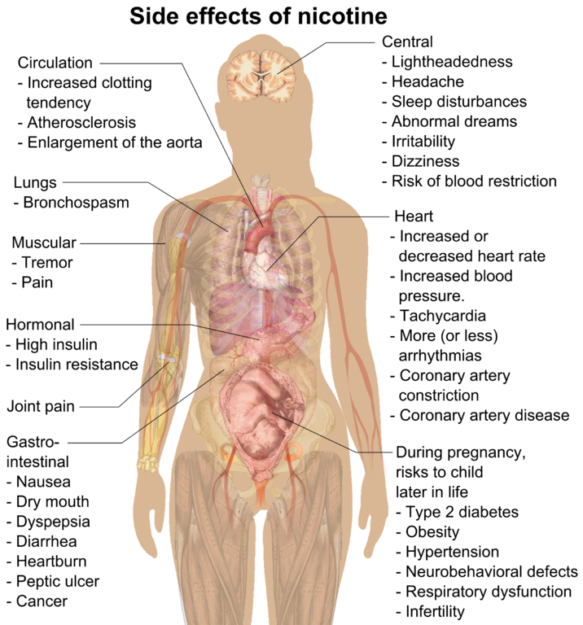 Acetaminophen (known as paracetamol in Europe) is available as plain acetaminophen (Anacin, Tylenol, Tempra) or in combination with codeine, oxycodone, and hydrocodone. Phenacetin is a toxic prodrug that is metabolized to acetaminophen. Paracetamol is the major cause of liver failure in Europe, the United States, and Australia. It has been available as an over-the-counter drug in the United States since 1960. Acetaminophen is included on the list of essential medicines developed by the World Health Organization, which lists the basic drugs needed in any health care system.

Acetaminophen is not excreted by the kidneys but is metabolized in the liver. Toxicity may arise due to intentional (suicide) or unintentional overdose. In children, toxicity may arise when parents do not know how to calculate a safe dose for children. Due to self-medication, toxicity/overdose may also occur, as patients are unaware that paracetamol is present in other formulations such as cough syrup and nasal decongestants.

In a phase I reaction, acetaminophen is oxidized to toxic intermediates by cytochrome (CY) P450. Individuals with alcohol use disorders are more prone to acetaminophen toxicity because of the induction of CYP450. Glucuronidation occurs during the phase II reaction; if substrates are lacking, toxicity is more likely to occur. The toxic metabolite of paracetamol is NAPQI (N-acetyl-p-benzoquinone imine).

In the average person, the maximum dose of acetaminophen is 4 g/day. Ingestion of > 150–200 mg/kg in children and > 7 g in adults is potentially toxic. In acute poisoning, nausea, vomiting, anorexia, stomach pain, pallor, fatigue, and perspiration occur during the first 24 hours. Between 24 and 72 hours after ingestion, right upper quadrant pain, dark-colored urine, oliguria, and jaundice appear. Between 72 and 96 hours later, symptoms such as fever, lightheadedness, headache, somnolence, syncope, fatigue, blurred vision, hunger, tremors, confusion, coma, dyspnea, tachypnea, and hematuria appear. Due to hepatic injury caused by paracetamol, aspartate aminotransferase and alanine transaminase levels may rise above 2,000 U/L.

The Rumack-Matthew nomogram plots acetaminophen plasma concentration against the number of hours after the ingestion of acetaminophen. Acetylcysteine is a glutathione substitute used in the treatment of acute poisoning. Liver transplantation may be required in fulminant liver failure.

Nitrous oxide, chloroform, and diethyl ether affect judgment and may cause loss of consciousness. Nitrous oxide is used by dentists; its inhalation in pure form can cause asphyxia and death. Diethyl ether is highly volatile and flammable. It can cause euphoria and disinhibition.

Solvents are present in readily available commercial products such as gasoline, glues, paint thinners, shoe polish, and aerosol propellants. They are frequently abused by children or young adolescents due to their easy availability.

Hairspray poisoning can be achieved by drinking, breathing in, or spraying hairspray into the mouth; it is characterized by delirium, foul smell, and metabolic or respiratory alkalosis.

Treatment includes hyperbaric chambers and psychosocial counseling. It may take weeks to rid the body of solvents; typically, patients may need 28 days or more of treatment.