Drowning occurs due to respiratory impairment from submersion or immersion in a liquid medium. Aspiration of water leads to hypoxemia which affects all organ systems, resulting in respiratory insufficiency and ARDS, cardiac arrhythmias, and neuronal damage. The management of drowning focuses initially on ventilation support followed by cardiopulmonary resuscitation. Prevention is key as drowning is most often preventable. 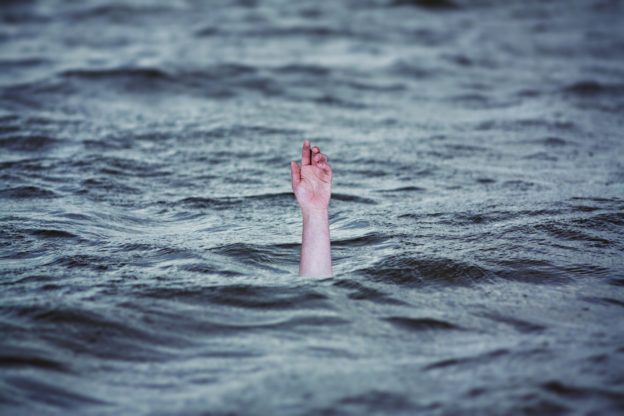 Clinical manifestations of drowning are due to the effects of hypoxemia.

Once the patient has arrived at a medical facility, perform

The following are associated with poor prognosis.

Education on water safety is the best prevention.

ARDS:
Acute respiratory distress syndrome (ARDS) is a severe inflammatory reaction of the lung that is characterized by the presence of pulmonary infiltrates due to alveolar fluid accumulation (without evidence suggestive of a cardiogenic etiology). The main finding of ARDS is respiratory failure. Chest X-ray usually shows diffuse bilateral lung infiltrates described as (“butterfly opacity”). Management depends mainly on treating the underlying etiology and maintaining adequate oxygenation, which may require intubation and mechanical ventilation.

ABC assessment:
Dealing with patients in emergency situations is always challenging. Failure to provide appropriate medical care in a timely manner might result in catastrophes. The ABC assessment and its variations are initial mnemonics to remember the essential steps to perform at first patient encounter. ABC stands for airway, breathing, and circulation. Since its development, changes have been made to the mnemonic. In 2010, the AHA recommended CAB (chest compressions, airway, and breathing) for cardiac arrest situations.