DNA replication is the process by which DNA creates a copy of itself for cell division. Replication occurs prior to cell division in the S phase of the cell cycle. This creates two sets of chromosomes for the anaphase of mitosis, during which the duplicated genetic material is equally distributed to opposite poles of the cell. The following telophase leads to the formation of two new cells. The principle of replication can be extrapolated from complementary base pairing (adenine binds with thymine/uracil, guanine binds with cytosine).

Image: “ DNA replication or DNA synthesis is the process of copying a double-stranded DNA molecule. This process is paramount to all life as we know it. License: Public Domain

Preparation and Prerequisites for Replication 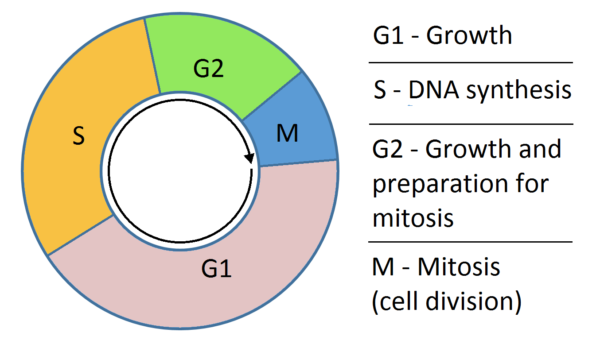 Table: DNA elongation in eukaryotic cells involving a variety of proteins and enzymes