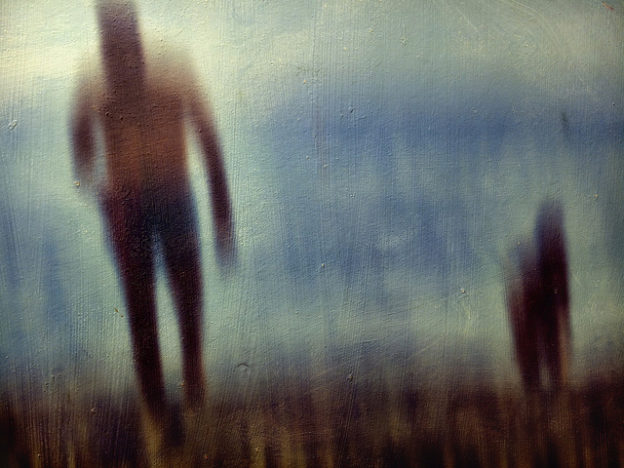 Image: “Run away” By Thanasis Anastasiou. License: CC BY 2.0

Dissociative fugue is a form of severe and overt dissociative amnesia that involves sudden memory loss accompanied by unexpected travel away from one’s home or place of work. The episode, which is usually acute, includes temporary autobiographical memory loss and the inability to recall essential information, such as identity. Patients may wander long distances, even thousands of miles, during a fugue. The duration of the fugue may be a couple of days to several weeks or months. When patients recover their pre-dissociative state, they can’t remember the events that happened during the fugue.

Dissociative fugue occurs rarely. The estimated prevalence of overt dissociative amnesia or fugue is 0.2% in the general population. These patients usually have a history of significant social or life trauma. Additionally, a fugue is usually more common in times of wars, natural disasters, and accidents. The onset of the disease is sudden, and recovery is also sudden and often complete. Onset in adolescence or early adulthood usually is associated with a history of child abuse and current severe distress.

Patients who have an episode of fugue are later found to have more complex forms of dissociative amnesia in most cases.

The risk of dissociative fugue seems to be higher among certain populations, such as drug addicts, women who work in prostitution, and strippers or exotic dancers. This increased risk may be related to the lifestyle of these individuals, who are more likely to suffer from emotional or psychological trauma (e.g., the rape of a woman who works in prostitution might lead to a fugue state).

A person in a dissociative fugue episode may have no psychiatric symptoms at all. He or she appears normal and cannot be differentiated from the crowd. He or she might show signs of confusion and distress upon realizing that part of the memory is unavailable during the fugue.

Patients who experience a fugue are usually brought to the emergency department to exclude alcohol intoxication or drug overdose, two common causes of bizarre and abnormal behavior.

History taking is an essential tool in establishing the diagnosis of dissociative fugue because the diagnostic criteria per DSM-5 are largely based on the clinical features of the disorder.

Patients are usually confused and have amnesia. Amnesia can be associated with the creation of a new identity.

For the diagnosis of dissociative fugue to be made, the patient needs to show apparently purposeful travel, or wandering, in addition to amnesia for identity and other autobiographical information. As a result of uncertainty and confusion about their identity, the patient might adopt a new identity. Other possible causes for this type of behavior, such as substance abuse or physical illness, should be ruled out. The episode must cause striking changes in how the patient functions in society, at work, or at home.

Patients with dissociative amnesia might also have a generalized amnesia for identity and life history, but they usually have selective amnesia of a certain traumatic or stressful event in their lives.

Another diagnostic criterion for fugue is that the symptoms must be severe enough to cause significant social, occupational, or other functional impairment in life. Accurate assessment of the case can be performed after the fugue state ends, and the patient calls for help.The diagnosis is based on personal history and reconstruction of the events before, during, and after the episode of fugue.

Alcohol use, drug abuse, or the use of medication must be excluded as possible causes for the episode. Additionally, medical conditions such as seizure disorder, transient generalized amnesia, traumatic brain injury, or Alzheimer disease should be excluded.

The other important finding was decreased glucose intake (i.e. hypometabolism) in the right frontotemporal regions in patients with fugue.

While these findings do not alter the management plan in current practice, they have important implications for the care of such patients in the future. If we identify which neuronal circuits are impaired, we may better understand the pathology and perhaps develop more effective therapeutics for dissociative fugue.

Most patients with dissociative fugue will go back to a normal state without significant sequelae, but the risk of recurrent episodes of fugue is high.

The most important aspect of the treatment of fugue is to help the patient identify the traumatic events or stressors that led to this state in the first place. Unfortunately, because of its rarity, most forms of psychotherapy and cognitive therapy for this disorder are based on individual work with small numbers of patients and not on randomized clinical trials.

Cognitive therapy is employed in these patients because some psychologists believe that dissociative fugue is a response mechanism to irrational thinking patterns.

Patients who undergo extreme physical, sexual, or emotional abuse might develop dissociative fugue. Such patients might have some misconceptions, such as thinking that they are bad people and that they brought this on themselves. Consequently, their mind can make them develop amnesia, and they can later create a new identity, which is commonly seen in severe cases of fugue. It is important to address this with the patient, and he or she should be educated to face and deal with such stressful experiences. Recalling the events in the episode of fugue might trigger grief, depression, fear, anger, or other psychological states that should be handled with psychotherapy.

Hypnosis has been tested in a few cases of dissociative fugue with good results. Again, it is important to remember that most of these treatments are not evidence-based.

Family therapy is also indicated because it is important for the victim and the family to understand the traumatic events that might have led to this state. Also, it is important to educate the family about the patient’s condition and teach them how to deal with the patient. Group therapy, which is helpful in patients with traumatic stress disorder and other types of anxiety disorder, has been shown to be effective in dissociative amnesia and fugue.

Finally, antidepressants or anti-anxiety medications also have been used in the management of fugue with good results. Benzodiazepines might help with anxiety, which can be severe due to the traumatic event. Benzodiazepines also can be used with barbiturates for a medicated interview. A medicated interview might provide new insights into traumatic events that the patient has suppressed.