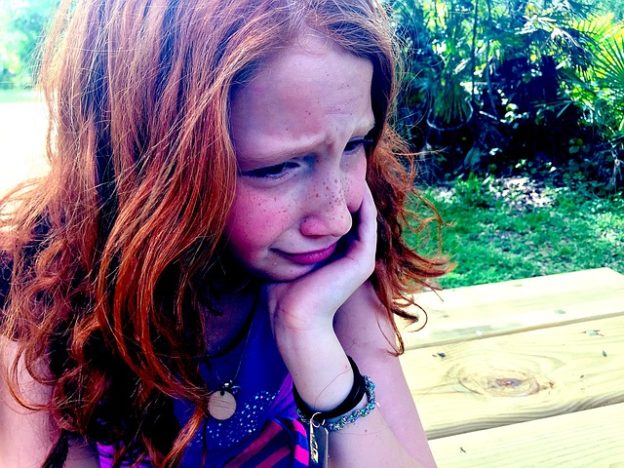 Diagnostic and Statistical Manual of Mental Disorders, Fifth Edition (DSM-5), defines oppositional defiant disorder (ODD), as a continuous pattern of angry/irritable mood, argumentative/defiant behavior, or vindictiveness which is present for at least 6 months.

It is a very common mental health condition diagnosed in childhood.

High yield: ODD patients do not show aggressive or violent behavior and they do not impinge on other people’s rights.

Behavioral disruptive disorders are more often seen in males than in females (3:1). They are predominantly diseases of children and adolescents.

Risk Factors and Etiology of ODD

There are no exact causes of ODD, but a combination of biological, psychological, and social risk factors are responsible for the development of the disorder.

Biological Factors: ODD is more common in children and adolescents if a parent has a history of disruptive behavior disorder, mood disorder, drinking or substance abuse. Other factors responsible are:

Psychological Factors/ environmental factors:  these include a poor relationship with the patient’s parents, absent or neglectful parenting and difficulty in making social relationships.

Social Factors: these include poverty, abuse, chaotic environment, uninvolved parents, varying discipline and some family issues such as divorce or frequent moves.

Physical factors: children born of low birth weight or suffered neurological injury are thought to be at a greater risk of developing these disorders.

The disorder consists of recurrent patterns of:

These symptoms are constant and last for at least 6 months. Most of the behavior is usually directed toward an authority figure such as teachers, principals, coaches, and parents. However, ODD is less severe than conduct disorder.

Symptoms associated with ODD include:

Diagnosis and DSM-5 Criteria of ODD

The ODD disorder is diagnosed if at least four symptoms from the following categories are present for ≥ 6 months:

The spiteful attitude at least twice within the past 6 months

Tools like the national initiative for children’s healthcare quality (NICHQ) Vanderbilt can evaluate children with suspected or diagnosed ADHD. It has questions that help in the identification of oppositional defiant disorder.

The pediatric symptom checklist tool is not specific for the oppositional defiant disorder, however, it can screen cognitive, emotional, or behavioral problems, and can identify children who require additional investigation.

Conduct disorder: Compared to conduct disorder, the behavior of oppositional defiant disorder is less severe in nature and does not involve aggressive behavior towards people/animals or destruction of property, or theft, etc.

Intermittent explosive disorder: This disorder involves a lot of anger. But in this disorder, there is serious aggression toward others and this is not part of oppositional defiant disorder.

If another comorbid condition like ADHD is present in children with oppositional defiant disorder (ODD) guanfacine or stimulants can be helpful in altering the behavior of a child. Apart from this, parents and other family members should be trained to change the behavior of their children.

Attention should be focused on avoiding harsh punishments and positively interact with the child. Such training can help parents to change the behavior of their children. This is helpful in children of all ages who have this disorder. However, most important is to note that early intervention in the child’s initial stage of this disorder is most helpful.

Which is also known as delinquency is a more serious disruptive disorder that entails a higher amount of cruelty as children and adolescents with the disease show aggression towards others and willfully destroy property, steal, or may lie.

It is thought that the disruptive disorders occur as a spectrum with the CD being the most severe form of the disorders.

In the United States, prevalence rates range from 2–9 %. Conduct disorder is seen in 5 out of every 100 adolescents. There is a high degree of overlap with other disorders, CD, ODD, and ADHD.

Conduct disorder involves aggression in which social norms are often violated. The incidence increases as the child progresses to adolescence stage. It is important to note that 40 % of children diagnosed with conduct disorder will have antisocial personality disorder in adulthood. CD is more common in younger boys ranging from 6-9% of the school children in the united states.

Risk and Prognostic Factors of CD

Community-level risk factors: friends rejection, association with a wrong group, and neighborhood, and exposure to violence.

Genetic and physiological: the risk is high in children with a biological or adoptive parent or a sibling with conduct disorder. It is more commonly seen in children of biological parents with:

Family history is responsible for the childhood-onset subtype of conduct disorder.

Conduct disorder children are generally impulsive. They are hard to control, and not concerned about the feelings of other people.

Such children make no effort to hide their aggressive behaviors. They cannot make real friends.

There is a recurrent behavior in which patients do not comply with the basic rights of others. To confirm a diagnosis, at least 3 behaviors should be present with one year and at least one should have occurred within the past 6 months.

Violent behavior: bullies or threatens others, begins a physical fight, carries a weapon, physically cruel to people and animals, commits robbery, forces someone into sexual activity.

Theft and lying: lies to others to get a favor, steals or enters someone else’s home.

These symptoms occur before age 13.

There is no medication for conduct disorders. Pharmacotherapy is directed at specific symptoms. Symptom-control medications that are generally used are:

Skovgaard AM, Houmann T, Landorph SL, Christiansen E (2004), Assessment and classification of psychopathology in epidemiological research of children 0-3 years of age: a review of the literature. Eur Child Adolesc Psychiatry 13:337-346.