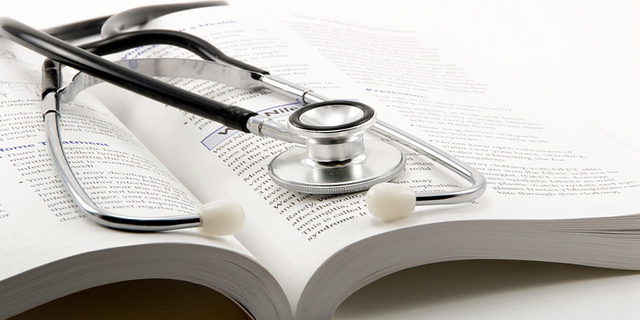 Definition of Disease and Syndrome

‘Disease’ and ‘Syndrome’ are important terms in medicine especially with respect to making a diagnosis.

Disease is the disruption of the physical, mental, and social well-being of a person. It should be differentiated from ill-health. However, a review of the factors involved in the definition of disease above shows that such a distinction is difficult as a healthy patient can feel ill and people that are sick might not suspect anything about their actual condition.

Moreover, someone who is apparently healthy can be sick of an imagined illness and, a patient could suspect that he/she has a disease but may not have it diagnosed for various reasons.

Differentiating disease and health can be problematic in certain cases. This means that the physician must not deem the patient as healthy simply because there is no diagnosis. Even if an imaginary disease is suspected—the patient is sick. In this case, although the suspected disease is not present, there are mental health problems that require treatment if they cause great psychological suffering.

However, it must always be acknowledged that an error may have occurred during the diagnosis and the patient is indeed physically ill.

What is a syndrome and what are its symptoms?

Symptoms are divided into mental symptoms, physical symptoms, and abnormal behaviors. Mental illnesses can be perceptual disorders, in addition to the inability to process a particular experience. However, mental illness can also involve disruptions in social relationships or problems with managing bodily functions.

A symptom is not a disease but is merely an indication of a disease. The word syndrome comes from the Greek language and translates to ‘running together’. Various symptoms occur simultaneously in a syndrome. It is possible that these symptoms are an indicator of a certain disease.

One example is Sjögren’s syndrome, which is a chronic and inflammatory autoimmune disease and is a symptom complex with an unknown cause. The term ‘syndrome’ also does not reveal anything about the disease itself. This is clearly reflected in Down’s syndrome, which can hardly be classified as an illness in the proper sense. This is also because it is a genetic defect that is already present at birth and for which there is currently no treatment. 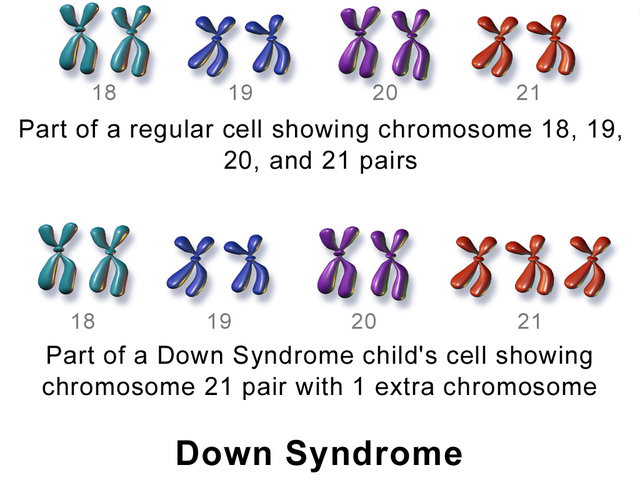 Image: Down syndrome. By: BruceBlaus. License: CC BY 3.0

Diseases can be physical or mental, and a connection can exist between these two disease types. For example, prolonged and very painful diseases usually affect a person’s mental state. This is particularly true for diseases that shorten a patient’s lifespan or permanently impair the quality of life.

Therefore, it is not sufficient to limit therapy to physical symptoms alone. One must consider whether the patient is able to withstand the progression of the disease and which supporting measures may need to be introduced at an early stage.

This is particularly important if such therapeutic approaches cannot be implemented at short notice but rather require certain preparation. In most cases, it involves applications and discussions with the respective health insurance provider.

Dementia as a syndrome

Dementia is also a syndrome. Here, symptom complexes occur which are associated with dementia but seem unassociated with the disease itself. Dementia mainly occurs in elderly individuals and can, for instance, be the result of deposits in the brain, which increasingly hinder brain function.

Alzheimer’s disease is one example and shows that dementia is a syndrome that can mask many diseases. Dementia can also be the result of a brain injury, as it can be caused by accidents, etc. Moreover, cerebral infarctions can be potential triggers of dementia. Therefore, if symptoms of dementia appear, such as concentration, forgetfulness, and disorientation, they are referred to as dementia until the trigger is identified.

A syndrome is not necessarily a physical illness. Psychological effects such as Stockholm syndrome are also possible. In Stockholm syndrome, the victim of a kidnapping or hostage-taking develops positive feelings for the perpetrator, and this can intensify into deep feelings. Other ‘trauma bonds’ also fall into this category.

Stockholm syndrome also affects individuals that are unable to leave unhealthy relationships. A possible explanation for this is that such persons perceive every little attention given by the perpetrator as an act of mercy. As such, there could be difficulties in breaking free from such associations. In the worst-case scenario, victims could even help the perpetrator to harm other people.

Victims could also protect the perpetrator. The patient is a victim in such a case and finds himself/herself in psychological dependence. Rational judgment is no longer possible (trauma bonding). A classic example is a woman in an abusive relationship.

Safe Decision-Making For or Against Treatment

‘Harmless’ diseases can lead to complications that could rapidly lead to life-threatening situations. Even in cases of moderate disease, exacerbations can occur if prompt treatment is not initiated.

Physicians without sufficient experience are more prone to mistakes. To recognize one’s own abilities and limitations is the responsibility of the physician, and this implies consulting experts or experienced colleagues promptly. The fear of making mistakes must not lead to indecision.

If physicians question themselves more than is necessary, it will hinder their daily decision-making processes. However, unfounded confidence in one’s abilities can endanger the patient. The physician will most certainly encounter situations, and not only at the beginning of a medical career, in which making a decision for or against a specific treatment is difficult.

Deciding to Act or Watch and Wait

Particularly, in cancer therapy, deciding between waiting and acting is common. Studies have shown that immediate action is not necessary in all cases, and non-Hodgkin lymphoma serves as an example. In the past, the disease was considered incurable and fatal in every case, but this perception has recently changed. This is largely due to new drugs that are highly effective against lymphomas and are used alone or in combination with other drugs. In elderly patients, it has been shown that the quality of life can be significantly increased and that life expectancy should no longer be considered as reduced for non-Hodgkin lymphoma. Early initiation of therapy is particularly useful in patients with rapid disease progression.

Advantages of the watch-and-wait approach

If a disease is diagnosed and progression is imminent, the physician can still justify a watch-and-wait approach. This applies in cases where disease progression is foreseen but immediate intervention is not absolutely necessary.

Examples include some cancers, such as prostate cancer. If the tumor is very small, slow-growing, and confined to the prostate, a watch-and-wait approach can be justified. This affords the patient the opportunity to review the available treatment methods and to consult with his family. Careful monitoring is, however, a prerequisite for a watch-and-wait approach.

Waiting may also be advised if the patient is elderly and treatment options are exerting for the patient. In this case, it has to be considered which measures are required to maintain the quality of life for as long as possible. The use of pain medicines is particularly important in such scenarios.

Waiting can be useful in thyroid nodules which rarely cause problems but can be felt and are visible in ultrasound images. Only if the nodules become too large can they lead to impairment. The watch-and-wait approach is a management strategy and is not an actual therapy or treatment. Thus, it has to be distinguished from the need for treatment.

It must be clarified that watch-and-wait or treatment is not a fundamental decision, but rather the result of thorough deliberation in the individual case.

Considering the Personal Assessment of the Patient

In medical psychology, dealing with patients who are unwilling to receive treatment is an important topic. This could occur if the patient sees the treatment as pointless or refuses the treatment for personal reasons. Here, the doctor should advise the patient in order to allow such a patient to reevaluate the situation more objectively and comprehensively. In this context, the physician must also accept the patient’s decision to ultimately refuse treatment. However, the prerequisite is that patients should be in full possession of their mental faculties and can realistically assess the situation.