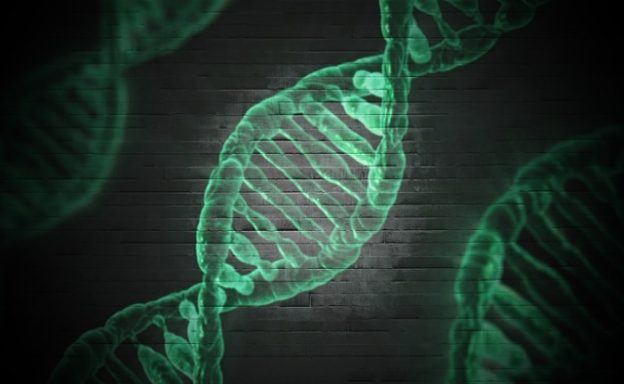 DiGeorge Syndrome is a result of a microdeletion in a segment of chromosome 22. Other names for this syndrome include:

Deletion is heterozygous and involves the long arm, q, of chromosome 22, hence the name 22q11.2 deletion syndrome. Up to 50 genes may be affected as a result of such deletions. About 93 % of cases are de novo mutations during early fetal development while 7 % are inherited in autosomal dominant patterns from affected parents. The frequency of DiGeorge Syndrome is 1 in 4000 births.

22q11.2 deletion syndrome is inherited in an autosomal dominant pattern.

Signs and Symptoms of DiGeorge Syndrome

There are variable symptoms related to the DiGeorge Syndrome and marked variability in clinical expression among different individuals. Commonly associated signs and symptoms include:

Variations in the phenotypes of DiGeorge syndrome make the diagnosis difficult. Patients who have one or more deletion signs are more likely to have 22q11.2 deletion syndrome.

There is no cure for the 22q11.2 deletion syndrome. Management is aimed at treating the associated features of the disease. Treatment revolves around a multidisciplinary approach with the aim to improve the function of affected organ systems.