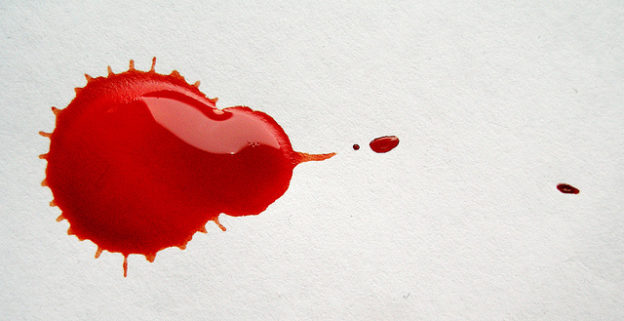 The condition requires treatment with insulin and intravenous fluids.

Diabetic ketoacidosis is the presenting feature of newly-diagnosed diabetes mellitus in up to 50% of the cases among children but represents only 1-2 % of all other age groups.

It has been previously reported that each year, 15,600 children in the United States develop type 1 diabetes.

The economic burden of diabetic ketoacidosis on the healthcare system is enormous. More than 2.5 billion dollars are spent yearly for the emergency management of diabetes and its complications in children in the United States.

The mortality rate was 100% before the discovery of insulin but currently stands at 1%. Diabetic ketoacidosis is the leading cause of death in children with type 1 diabetes. Patients with diabetic ketoacidosis who develop cerebral edema are at the highest risk of dying during the episode.

Upon the inciting event such as absolute insulin deficiency, there are increased levels of extracellular glucose and the body detects deficiency in glucose for usage by the cell. This triggers activation of the counterregulatory hormones epinephrine, cortisol, and growth hormone that promote glycogenolysis, gluconeogenesis and lipolysis worsening the hyperglycemia and releasing free fatty acids into circulation.

The FFA are broken down into ketone bodies such as acetone, acetoacetate, and β-hydroxybutyrate. These are excreted in exhaled air as the body tries to correct the metabolic acidotic states leading to the characteristic fruity acetone smell and Kussmaul breathing.

Diseases such as sepsis, febrile illnesses, vomiting, and diarrhea are all associated with an increase in the levels of circulating counterregulatory hormones. This explains why such conditions might be associated with diabetic ketoacidosis.

Patients who have diabetic ketoacidosis have:

The severity of diabetic ketoacidosis is dependent on the pH value and bicarbonate concentration:

The main risk factors for diabetic ketoacidosis include:

Viral and bacterial infections account for about 22% of the cases of diabetic ketoacidosis in children.

When a patient presents to you at the emergency department and you suspect diabetic ketoacidosis, the following steps need to be taken in 60 minutes:

Once the diagnosis of diabetic ketoacidosis is confirmed, you should initiate the following treatment protocol.

Give a second bolus of 10 mL/kg normal saline if needed and begin 1.5 to 2 times maintenance with normal saline using the following formula:

Based on the level of serum potassium at presentation, the necessity and amount of ordered KCL or KPhos can be calculated:

Reassessment of Diabetic Ketoacidosis Patients at the Emergency Department

All patients with diabetic ketoacidosis should be on a cardiorespiratory monitor. Heart rate, respiratory rate, blood pressure, and peripheral oxygen saturation need to be checked every 15 minutes.

Cerebral edema is the leading cause of morbidity and mortality in diabetic ketoacidosis. It typically occurs within 4 to 12 hours after treatment is initiated.

The main risk factors for cerebral edema are:

The diagnosis of cerebral edema in diabetic ketoacidosis can be confirmed if there is an abnormal motor or verbal response to pain. Also, cranial nerve palsy and decorticate or decerebrate posture are criteria. Another confirmation of the diagnosis is grunting, apneusis, or Cheyne-Strokes respiration.