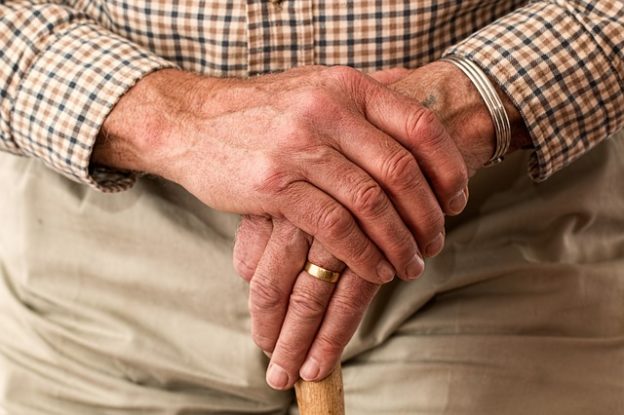 Aging is characterized by temporal functional deterioration in the lifecycle of a cell. It has tantalized many a curious mind throughout the history of mankind. Aging is defined as a diminished response to stress, escalation of homeostatic imbalance and an enhanced threat from aging-related pathologies.

There are various traits, theories, philosophies that try and unearth the mysterious origin of aging. Though none have been successful alone to expound aging explicitly, they have definitely escalated our understanding about aging.

The various physiological traits of aging can be summarized as follows:

We now cater to a detailed description of ‘deregulated nutrient sensing’ and theory of ‘altered intercellular communication’ keeping their role in aging as our prime prospect.

Multiple nutrient-sensing pathways regulate intake to provide just the right amount of nutrition. Decreased nutrient intake can act to reduce the aging of cells because it slows the accumulation of damage due to reactive oxygen species (ROS).

Dietary restriction/calorie restriction leading to decelerated senescence as a mode of taming aging has fuelled fascination, interest, and research in the biomedical world. Also, as we age there is a decline in nutrient sensing, which in turn ages the cells. This is somewhat of a paradox.

Garinis et al. in 2008 in their humble attempt to decode this paradox proposed that IIS down-modulation portrays a defensive response targeted at truncating cell growth and cellular metabolism in the prospect of systemic damage. As per their theory, species with constitutively slowed IIS pathway have a longer lifespan.

Evidence generated so far strongly suggests that diminished nutrient signaling culminates in an extension of a cell’s lifecycle. Anabolic signaling (signals related to the formation of nutrients) leads to a decline in the functional reserve of a cell and expedites aging. Deregulated nutrient sensing is an antagonistic hallmark of cellular aging and represents a response to damage.

The different types of fat significant when dealing with nutrient sensing are:

Muscle and liver are the primary hosts for nutrient metabolite production and hence play a critical role in the maintenance of nutrient sensing. The chief processes associated with these organs can be summarized as follows:

There are 4 pathways extensively researched upon to study aging in light of deregulated nutrient sensing. These are:

A short description of each pathway is as follows:

Consistent with the role of nutrient-sensing in aging, IIS pathway alteration has reliably modulated the vigor and functionality of a cell in all investigated eukaryote organisms like worms, flies and mice. IIS pathway is the most preserved aging-modulating pathway described in the literature.

Anterior pituitary produced growth hormone (GH) and its secondary mediator IGF-1 are the chief constituents of the somatotrophic axis in humans. This axis is prominently active in hepatocytes. The intracellular cascade activated once IGF-1 takes charge is the same as that for glucose metabolism management through insulin and IGF-1.

The major targets of the IIS pathway are the FOXO family of transcription factors and mTOR complexes.

Alteration and dysregulation of the IIS pathway are potentially possible at various junctures as:

The attenuation of induction of downstream cascade through manipulation at various steps of IIS in experimental set ups has produced lengthening of cellular lifespan. However, GH and IGF-1 levels drop during normal aging and also in experimental models of progeroid mice with premature aging. While reduced IIS epitomizes physiological and expedited aging, a constitutively down-modulated IIS aggrandizes longevity.

It is concluded that decreased IIS pathway in a person can emphasize on reduction in damage at cellular level ,by reducing glucose accumulation in the body, thus delaying aging procedures.

mTOR stands for mechanistic target of Rapamycin. The mTOR pathway deals with sensing of high amino acid concentration. Experts in this field are positive about the role of Rapamycin as a mechanistic target to modulate nutrient response pathway and substantially affect aging and age-related pathologies.mTOR signal nutrient abundance and anabolism thus prompting obesity and other fat-related pathologies in old age. They firmly believe it’s a question of “when” rather than ‘if’. 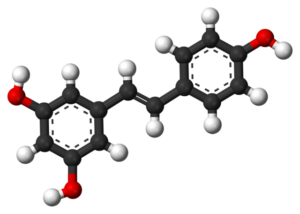 Sirtuin genes have been assigned anti-aging functions in yeast, Caenorhabditis elegans, and Drosophila. They are being extensively studied to determine the exact etiogenesis of the role of dietary restriction and calorie restriction in aging. Regulation of mitochondrial biogenesis has been implicated. Indeed, the action of Resveratrol, a putative SIRT1 activator in delivering health benefits in treated mice by stimulation of mitochondrial biogenesis has been demonstrated in experimental circumstances. Sirtuins signal nutrient scarcity and catabolism just opposite to mTOR and IIS thus can be a boost antiaging.

The AMPK protein acts as a metabolic sensor, more like a qualified cellular housekeeper to control energy homeostasis and resistance to stress. It thus curbs the attempts of many deleterious processes towards diminishing an individual’s capacity for survival. The AMPK pathway is instrumental in aging-related processes such as mitochondrial dysfunction, defective autophagy (self-killing of cells) and metabolic deregulation.

Thus, it is concluded that AMPK and sirtuins should act in opposition to the action of IIS and mTOR to shut down the excess metabolic activities and nutrient reservation, thereby regulating aging.

The fact that anabolic metabolism and increased nutrient-sensing accelerate aging has far-reaching clinical implications. Pharmacological manipulation of the cellular processes and pathways to induce a state of decreased nutrient availability thus has the theoretical potential of increasing the longetivity of a cell’s lifespan. Indeed, active research has revealed the extension of the lifespan in mice with Rapamycin through these mechanisms.

Thus, there is a possibility that aging is controlled by alterations beyond the autonomy of an individual cell. Altered intracellular communication is an integrative hallmark of aging. It is an expression of the culprit of the phenotype.

An insidiously progressive pro-inflammatory state predominates as a cell experiences aging. This smoldering aging-associated phenotype is ‘Inflammaging’. Inflammatory reactions enhanced by degenerative medical conditions such as type 2 diabetes, atherosclerosis, obesity correlate with aging. Different theories have been hypothesized to throw more light in this prospect. The same can be summarized as follows:

Another upcoming terminology is “Immunosenescence”. It epitomizes the aggravation of aging phenotype due to altered immune system function, diminished agility in curbing pathogens and in the clearance of defective host cells.

Various experimental modulations of inflammatory pathways, immune system, intercellular communication processes to delay aging have been attempted in different mouse models. Few have been successful in preventing age-associated features. Further research has been already stimulated to find a reliable way to bring these experiments into reality. Few promising approaches can be summarized as follows:

Aging is defined as a diminished response to stress, escalation of homeostatic imbalance and an enhanced threat from aging-related pathologies. There are various physiological traits that characterize aging.

Multiple nutrient-sensing pathways suggest a regulated intake of nutrients is compulsory to provide just the right amount of nutrition. Decreased nutrient intake can act to reduce the aging of cells because it slows the accumulation of damage due to Reactive Oxygen Species (ROS). As we age there is a decline in nutrient sensing, which in turn ages the cells.

There are 4 predominantly important pathways implicated in deregulated nutrient sensing:

The most important, well-studied and most preserved pathway consistently associated with aging is the IIS pathway.

Recent advances have questioned the existence of aging as an exclusive cell-associated autonomous process. Defective intercellular communication as a cause of aging is increasingly being appreciated. More specifically, defective neurohormonal signaling and dysregulated inflammatory pathways with a dysfunctional immune system have been implicated in this vein.