Depression and Anxiety in the Elderly — Treatment Considerations 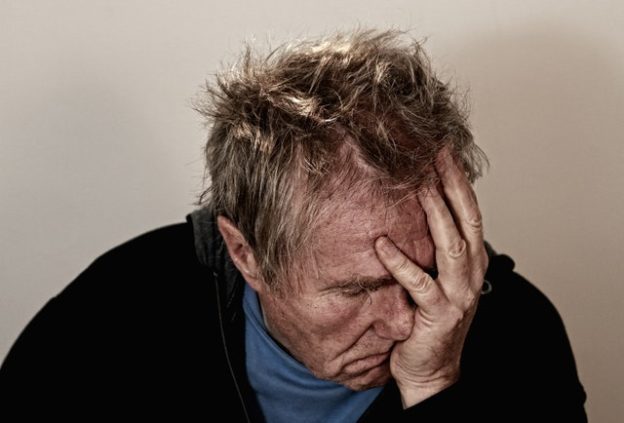 Why is the Elderly a Unique Population?

There are several differences in depression and its diagnosis in the elderly compared to the younger population. Firstly, when collecting medical history from an elderly patient, the source of information may be the caregiver rather than the patient themselves. The caregiver may have other intentions or priorities behind their request for a consultation which may not align with what is best for the patient. Additionally, older patients are more likely to feel that mental health issues carry a significant taboo and stigma and therefore be less willing to talk about them. An additional complication to diagnosis is that older patients usually present with less typical symptoms of depression or anxiety than what is seen in the younger population.

Depression in the elderly may present as cognitive decline. This could be misdiagnosed as vascular or another type of dementia rather than a mood disorder. Additionally, the elderly are more likely to complain of drug side effects when medicated for depression or anxiety, hence are more likely to show poor compliance with medical therapy for mood and anxiety disorders.

Finally, older patients usually tend to go to their primary care physician to inquire about the available options for their depressive symptoms rather than to a psychiatrist. Therefore, primary care physicians should be aware of the unique signs and symptoms of depression and anxiety disorders in this population.

Depression in the Elderly

Prevalence of Depressive Disorders in the Elderly

Minor depression and non-specific depressive symptoms are quite common in the elderly. Approximately 14% of older adults are expected to complain of depression symptoms. Persistent depressive disorder has an estimated prevalence of 2% in the geriatric population. Depression is also more common in hospitalized patients and those who reside in nursing homes.

Risk Factors for Depressive Disorders in the Elderly

The elderly are more likely to complain of depression symptoms or full-blown major depressive disorder because of several risk factors. Substance abuse is a common problem among the elderly that may not be obvious and is a risk factor for depression. As well the use of certain drugs such as beta-blockers, carbidopa, and opioids for pain control in the elderly also puts them at an increased risk of a low mood and possibly clinically relevant symptoms of depression.

Older patients with a major depressive disorder are less likely to complain of a sad or depressed mood. Therefore, the term “depression without sadness” has been previously used to describe depression in the elderly. Insomnia, loss of appetite, decreased energy, and somatic symptoms such as pain, are more common in older adults presenting with depression compared to younger adults. Additionally, the elderly usually show poorer recovery after treatment, are more likely to have recurrent major depressive episodes, and show less adherence to treatments compared to younger adults.

The most common presentation of depression in the elderly consists of sleep disturbances, diminished interest in daily activities, feelings of guilt, decreased energy, loss of appetite, impaired concentration and/or cognition, and suicidal ideation.

Patients with depression usually have a decreased quality of life, an increased risk of cognitive disturbances, increased disability, and a higher rate of completed suicide. Suicide attempts are most commonly seen in depressed white men who are over 85 years old. Additionally, the risk of post-myocardial infarction or post-stroke deaths is higher among depressed older patients compared to non-depressed older patients.

Treatment of Depression in the Elderly

The main differences in treatment between young and old adults who are depressed include dose, time to response, and choice of therapy.

Selective serotonin reuptake inhibitors (SSRIs) can be used in the elderly and are usually well tolerated. It is important to understand that pharmacological therapy for depression in the elderly takes longer to work compared to younger adults. Fluoxetine and paroxetine should be avoided in the elderly because of the increased risk of drug-drug interactions. Citalopram, sertraline, or escitalopram are common and are reasonable choices for medical therapy of depression and major depressive disorder in the elderly.

Venlafaxine, a serotonin-norepinephrine reuptake inhibitor (SNRI), is superior to typical SSRIs in that it also helps with pain and somatic complaints, which are common in the elderly. Unfortunately, venlafaxine tolerability compared to SSRIs is lower in the geriatric population.

Anxiety in the Elderly

Prevalence of Anxiety Disorders in the Elderly

Risk Factors for Anxiety Disorders in the Elderly

Female gender, recent experience of adverse events, the presence of chronic medical conditions or mental illness, and previous history of anxiety disorders are the main risk factors for anxiety disorders in the elderly.

Older patients who develop an anxiety disorder are more likely to complain of restlessness, fatigue, decreased concentration, and muscle tension. Sleep disturbances are also common. The most common subject of the patient’s worries is usually their loved ones or their own health.

Anxious older patients usually have reduced physical abilities, exhibit avoidance behavior, and have a poor perception of their own health. As well, they typically have an impaired working memory, reduced problem-solving skills, an increased risk of depression and major depressive disorder, and an increased risk of cardiovascular or cerebrovascular disease. All of these reduce their quality of life.

Treatment of Anxiety in the Elderly

In contrast to younger adults, benzodiazepine use for the treatment of acute exacerbations of an anxiety disorder in the elderly is highly discouraged. This is because of the increased risk of falls, sedation, respiratory depression, and cognitive impairment in the elderly.

Pharmacological therapy is recommended for the treatment of anxiety in the elderly, which is in contrast to the recommendation of psychotherapy alone for major depressive disorder in this population. Therefore, continued medical therapy with an SSRI is recommended whenever possible. Beta-blockers, which are used for the management of certain cardiovascular conditions in the elderly, can be also used as maintenance therapy for anxiety.

Andreescu and Varon. New research on anxiety disorders in the elderly and an update on evidence based treatments. Curr Psychiatry Rep. 2015;17:53