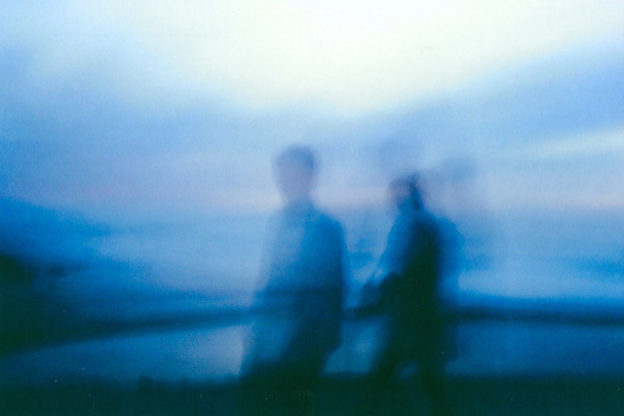 Depersonalization is defined as an experience of unreality, detachment or being an outside observer to one’s own thoughts, feelings, and sensations. This detachment might also make the patient feel like he or she is observing their own body. Depersonalization is usually associated with altered perception, emotional or physical numbness and distorted sense of time.

Depersonalization can happen after the loss of somebody usually dear ones, heavy drinking, or the use of recreational drugs. These episodes usually last hours to days and are not persistent. The exact prevalence of depersonalization/derealization disorder in the general population is estimated to be around 2 % with equal prevalence in both genders.

Transient episodes of depersonalization, derealization or both are common in the general population and should not be considered as pathologic.

Depersonalization can happen after the loss of somebody, heavy drinking, or the use of recreational drugs. These episodes usually last hours to days and are not persistent. The exact prevalence of depersonalization/derealization disorder in the general population is estimated to be around 2 % with equal prevalence in both genders.

After severe physical or emotional stress, depersonalization might happen as a consequence of the activation of an inhibitory hard-wired cycle in the brain. The aim of this defense mechanism is to lower anxiety by fostering the hyperarousal state of the patient. This response is the fight or flight response which is also activated when the individual perceives a threat.

When an individual comes in contact with a situation of threat to his or her own life. The issue with depersonalization/derealization disorder arises when this mode is intensified and persistently activated without the presence of a proper trigger only by mere delusion and illusion of the events.

Recent studies in the pathophysiology of depersonalization and clinical experiences have shown that the posterior cortical sensory association areas, i.e. the inferior parietal lobe, the prefrontal cortex, and the limbic system are the main brain regions involved in the mechanism. Stimulation of the inferior parietal lobe was shown to be sufficient to induce an unreal experience in patients with brain depth electrodes implanted for other purposes, i.e. for surgical evaluation of medically refractory epilepsy.

Unfortunately, despite our recent understanding of the pathologic neural circuits in this disorder, specific pharmacotherapy is still not existent.

Depersonalization episodes present with a feeling of unreality and detachment from one’s self, whereas, derealization is characterized by a dreamlike perception of the surroundings. Patients might say things, like I am no one or me, have no self when the depersonalization is severe. They represent the delusion of selflessness.

Detached patients usually show a decreased effect and are Patients with severe depersonalization might describe a split experience where they are observing their own self-doing things, i.e. out of body experience. In severe cases, the patient develops the delusion of supernatural powers observing them and their activities.

Derealization episodes are characterized by detachment and unfamiliarity with the surroundings. This indifferent behavior can stimulate the patient to feel living in an unreal world. He feels the surroundings around him are unreal and imaginary. The patient describes his or her surroundings as colorless, lifeless, or visually distorted.

Distortion and derealization from surrounding sounds and audio can also happen i.e. hallucinations may also develop in patients. Patients with this form of derealization can describe that other sounds seem to be muted, distorted, or heightened.

The DSM-5 has put strict criteria for clinicians to allow them to accurately diagnose depersonalization/derealization disorder, however, it is still believed that many cases are poorly diagnosed due to similar clinical manifestations of psychological disorders.

The diagnostic criteria for depersonalization/derealization disorder include the following:

Many parts of the default mode network, i.e. thalamus, hypothalamus, insula, and others, showed hypoperfusion in DDD patients when they are asymptomatic. When the patients become symptomatic, the involvement of the right medial prefrontal cortex and the right parietal-temporal regions was noted. Therefore, it is currently believed that these two areas are the most important areas in the perception of one’s own self and in depersonalization. Future targeted treatments, i.e. deep brain stimulation, might be useful in selected patients with DDD but extensive research is still needed.

After evaluation of the personal and family history of the disease, the following line of treatment is recommended:

The main treatment of DDD involves supportive psychological interventions during the acute episodes and psychodynamic therapy during rest states when the patients are asymptomatic.

Psychodynamic therapy aims to improve self-reflection and self-evaluation skills by the patient which are believed to be impaired in DDD.

Continuous, and intensive supportive interventions combined with psychodynamic therapy have been shown to improve the symptoms of DDD in most patients.

Note: Despite our expanding understanding of the neurobiological pathology behind DDD, targeted therapies are still not available. 5. Serotonin-reuptake inhibitors were tested in few and small studies and showed no efficacy in DDD despite some evidence of an impaired serotonergic pathway. In fact, one study showed that serotonin-reuptake inhibitors might induce DDD symptoms in patients being treated for major depressive disorder.

The recent evidence of an impaired endogenous opioid pathway in patients with DDD was the driving motivation behind a recent study of the efficacy of opioid-receptor antagonists in DDD. Naltrexone, an opioid antagonist, is the first pharmacotherapy to show some direct efficacy against the symptoms of DDD.

Patients with DDD very often have high levels of anxiety. The use of benzodiazepines to manage anxiety in DDD patients is discouraged because benzodiazepines were shown to induce and exacerbate DDD episodes.