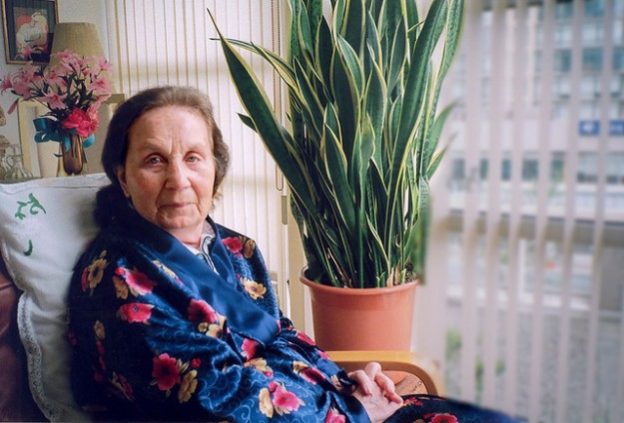 Dementia as a symptom complex

Dementia per se is not a diagnosis but a symptom complex that can occur as a consequence of different organic diseases. It is, therefore, a dementing syndrome, a state that is, according to the Tenth Revision of the International Statistical Classification of Diseases and Related Health Problems (ICD-10) criteria, characterized by:

Comparison of a normally aging brain (left) and the brain of a person with Alzheimer’s disease (right). Differential characteristics are pointed out.

Dementia is age-related and has an estimated prevalence of 20% in those older than 85 years. Up to 11% of dementia cases are considered to be reversible. Early treatment in these cases can reverse the condition and restore normal functioning.

The first warning signs of dementia are often subtle and only apparent to close relatives, not to the affected person themselves. They include repetition of the same questions, a narration of an always identical story, and the misplacing of objects (often, others are accused of having misplaced the item). Secure handling of financial issues is lost, as well as the ability to properly care for oneself.

Insecure fine motor skills and decreased vocabulary accrue when the disease progresses. Inner self-reflection diminishes and unfounded outbursts of anger and violence occur. As the disease progresses, close relatives are no longer recognized and the ability to master everyday tasks is lost. Musculature shrinks and patients begin to suffer from urinary and fecal incontinence. Another characteristic is small, tripping steps.

The disease, in the end, leads to bedridden patients who are totally dependent on nursing care. Most patients only survive due to the implantation of a percutaneous endoscopic gastrostomy tube, as the ability to swallow is lost. Patients die due to pneumonia or heart failure.

Patients with Lewy body dementia suffer from hallucinations, which are mostly dominated by fear and feature topics such as kidnapping or similarly frightening scenarios.

Neuropsychological test devices for the diagnosis of dementia

The ICD-10 classification of mental and behavioral disorders criteria needs to be fulfilled in order to diagnose a dementing disorder. Neuropsychological test devices such as the Mini-Mental State Examination (MMSE), the clock-drawing test, and the DemTect test are used for diagnosis and quantify cognitive deficiencies.

The MMSE is a test for the detection of cognitive impairments. It includes questions and tasks in 10 categories:

The maximum obtainable score in the MMSE is 30 points. A score lower than 26 may indicate mild dementia.

The clock test examines spatial imagination and visual thinking. The patient is asked to draw the dial of a clock including a time set by the examiner (e.g., 10 to 12). The presentation of the dial (recognizability of the clock, correct filling in of the digits), the position of the clock’s hands (correct presentation of the set time), and the size of the hands in relation to each other are evaluated using a grading system.

Understanding the possible reasons for cognitive decline is a key part of diagnosing either a potentially reversible or irreversible dementing disorder.

Potentially reversible dementing disorders can arise within the scope of different diseases and disorders; this should be clarified as a possible reason before other investigations begin. They include the following:

Irreversible dementing disorders include different diseases that are characterized by structural brain damage. These include:

The following examinations should be part of the standard repertoire of every dementia diagnosis:

Optional examinations should also be carried out depending on the suspected diagnosis. These include:

Approach to the evaluation of patients with cognitive dysfunction

The assessment of cognitive function and dementia is often perceived as subjective. Accordingly, a stepwise approach that can help confirm the diagnosis of dementia and exclude the possible causes of potentially reversible dementia is recommended.

A detailed history should be taken. The main cognitive domain that is affected must be clearly defined from the history. It is important to document the onset and progression of cognitive decline since dementia is a progressive disease. The severity of functional impairment is also assessed in this step. A history of stroke, malignancy, metabolic derangements, or endocrinopathies needs to be explored. The patient’s medication list should also be noted.

Formal cognitive testing should be attempted. This can be done using an MMSE, the Blessed dementia scale, Alzheimer’s disease assessment, or a national adult reading test.

All patients presenting with new-onset dementia need to have a complete blood cell count, electrolytes, renal, liver, and thyroid function tests taken, as well as tests for vitamin B12 levels and routine relative peak ratio. These tests can help exclude some common potential causes of reversible dementia such as anemia.

Some patients, such as those with alcohol-use disorders, should also undergo thiamine testing. Patients who partake in high-risk sexual behavior should be given an HIV test. Rheumatologic screening is indicated in patients who have symptoms and signs suggestive of rheumatologic disease.