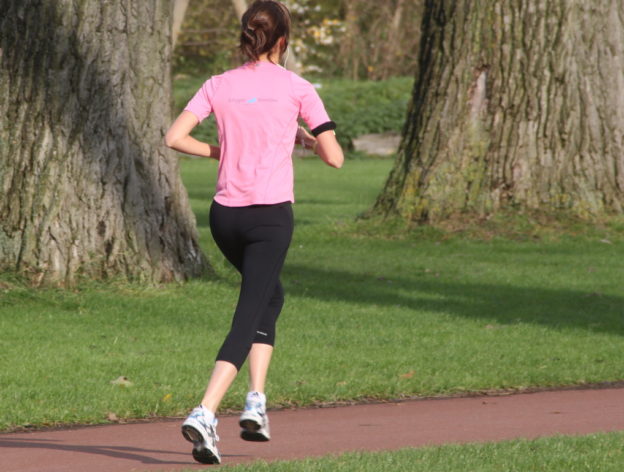 The cardiovascular system responds to exercise in different ways depending on the type of exercise.

Similar changes in HR, SVR, and muscle blood flow is seen in isometric exercise, except: 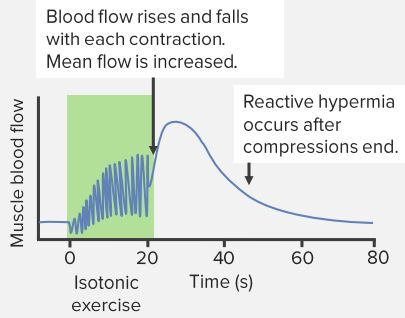 Isometric exercises, on the other hand, challenge your muscles without any joint movement and the length of the muscle remains consistent. The resistance is due to the force of gravity. It is often referred to as ‘static strength training’ as the person only holds a certain position rather than moving.

An example would be performing a plank, where your core muscles are strengthened while at a fixed length or carrying heavy weights such as shopping bags where your arm muscles are contracted although they are not necessarily moving.

The Valsalva maneuver describes a forceful exhalation against a closed epiglottis, which happens whenever you strain to lift something heavy and especially in isometric exercise.

The blood pressure changes occurring as a result of this maneuver are: 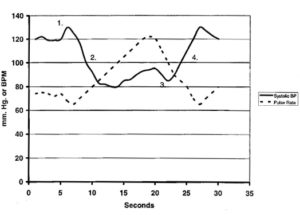 On the application of full expiratory force, the blood from the pulmonary circulation shifts into the left atrium. This increases the stroke volume and an initial rise in systolic blood pressure, at 5 seconds, labeled as 1 in the graph.

As the pressure of the chest cavity decreases after exhalation, the pulmonary vessels fill with blood again. This causes decreased return of blood to the left atrium causing a decrease in blood pressure at 20—23 seconds (labeled as 3). The decrease in the stroke volume is soon compensated by an increase in the venous return. The blood pressure begins to rise again from 23—27 seconds.

When a person engages in daily or regular exercise, certain responses are produced in their body to increase its efficiency and capacity.

If the external temperature is higher, then more blood flows to the skin in order to keep the internal body temperature constant.

The long-term cardiovascular changes occurring as a result of endurance training include little change in the cardiac output at rest and sub-maximal exercises.

Because of the formation of new capillaries, the arterial blood pressure decreases as a result of endurance training in normotensive persons. After training, the blood pressure at rest, during sub-maximal exercise and maximal exercise is lower than before. This decrease is greater in hypertensive patients. For instance, if the decrease in normotensive person is 3 mmHg, the decrease in hypertensive patients is 10 mmHg.

Long-term exercise results in hypertrophy of a specific group of muscles. Sometimes, for counterbalance,  the opposite group of muscles also undergoes an increase in muscle mass, a phenomenon known as cross-education. 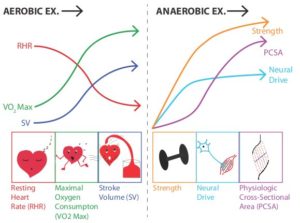 Additionally, oxygen extraction from the blood increases, resulting in the prompt supply of energy.