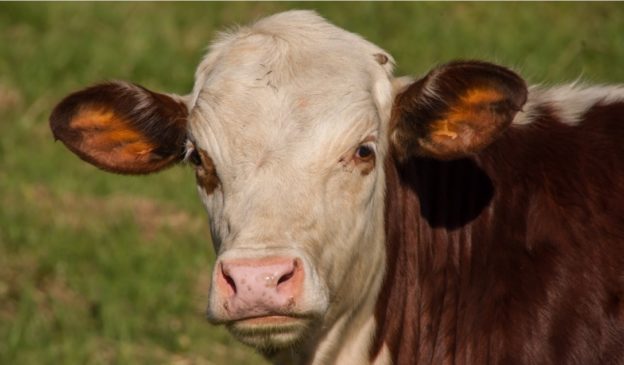 Cow’s milk protein allergy (CMPA) or cow’s milk intolerance occurs in up to 4% of children. The highest prevalence rates are in infancy, with a resolution of symptoms in 50% of children by the age of 1, and in 90% by the age of 5.

The diagnosis of CMPA can be confusing to both physicians and parents. It is important to differentiate between lactose intolerance and CMPA, as the latter is characterized by a hypersensitivity reaction that is triggered by specific immunologic mechanisms.

Two types of CMPA have been reported:

Because both of these reactions can also occur in atopic eczema and Eosinophilic gastroenteritis, these conditions should be ruled out before considering a diagnosis of CMPA.

The clinical manifestations of CMPA are varied but predominantly involve the skin and gastrointestinal tract (GI). Dermatological symptoms include itching, hives, and eczematous reaction, while GI manifestations include nausea, vomiting, diarrhea, abdominal pain, and hematochezia.

Other manifestations include irritability (especially in infants), poor feeding and growth retardation due to malabsorption of nutrients, facial edema, and wheezing.

No specific tests are used to detect CMPA. Diagnosis is based on a detailed history of symptoms and a thorough physical examination. It is important for the physician to obtain details and a timeline of symptoms from the parents and to confirm that symptoms occur following the consumption of cow’s milk. In children with atopic dermatitis, if there is no direct relationship between cow’s milk consumption and symptoms, then no further testing is required.

In the case of a positive correlation, other tests in the workup include:

In older children, EHF, SF, and AAF substitution are not required, as there are several foods available to replace cow’s milk.

In infants with suspected IgE-mediated reactions, if there is an inadequate response with EHF or SF, then AAF substitution can be tried for 2 weeks.

An oral food challenge is indicated if symptoms improve following the elimination of cow’s milk. This is the gold standard test for detecting CMPA. It must be performed in a specialized medical setting with facilities for resuscitation if required. In infants and children with immediate reactions to cow’s milk, including GI symptoms, anemia, and hypoalbuminemia, an oral food challenge is not indicated, however.

Evaluation Algorithm of Infants Suspected to Have CMPA

Infectious gastroenteritis should be excluded before carrying out allergy testing.

CMPA is also not associated with an irritable, crying infant with infantile colic.

Avoid SF in infants with allergy symptoms under the age of 6 months or in children with GI symptoms. Soy milk can also cause GI symptoms.

Children with mild atopic dermatitis and no history of cow’s milk protein reactions should not be prescribed a CMP elimination diet.

Infants and children with CMPA should be prescribed a nutritionally balanced diet and calcium supplementation should be considered.

Substituting cow’s milk with goat’s or sheep’s milk will not help treat CMPA.

Several dairy foods, such as yogurt, butter, and cheese, contain milk protein. Parents should carefully read nutritional labels if their child has been prescribed a diet free of cow’s milk protein.

CMPA usually resolves within the first year of life and by no later than the age of 5. Elimination of cow’s milk from the diet may be required for up to a year after confirming the diagnosis. Later, the child can be given the cow’s milk challenge, beginning with small amounts of milk products. If no reaction is seen, then milk products can be reintroduced to the child’s diet.

Cow’s milk allergy: evidence-based diagnosis and management for the practitioner via ncbi.nlm.nih.gov