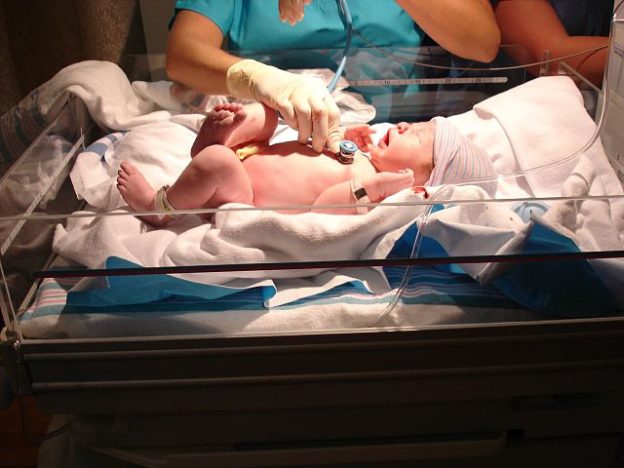 They are a set of specific congenital infections acquired either in utero or during delivery causing significant fetal and neonatal morbidity and mortality.

Epidemiology of Congenital Infections of the Infant

The incidence and distribution of congenital infections in infants have changed over the last decade. Congenital toxoplasmosis and congenital syphilis are decreasing in incidence because of the introduction of new treatments and the mandatory testing of mothers for syphilis.

Avoidance of cats and undercooked meats has also been linked to the decreasing incidence of congenital toxoplasmosis.

Congenital varicella and rubella are also becoming less common since the introduction of vaccination against these two viruses. The most common cause of congenital infections nowadays is cytomegalovirus, but this might change soon as Ganciclovir has been shown to be an effective treatment against the virus.

The use of antiviral therapy and cesarean delivery has lowered the incidence of congenital herpes and has improved the clinical outcome of the infants.

Pathophysiology of Congenital Infections of the Infant

Most of the above mentioned infectious agents are known to cross the placental barrier and to spread to the fetus in utero which can cause fetal loss, the emergence of certain congenital malformations, prematurity or chronic postnatal infection. Maternal illness is usually mild, but the consequences to the fetus are usually severe.

Maternal infections very early in pregnancy can cause fetal loss which is believed to be underestimated because at this stage most women are not aware that they are pregnant.

The clinical presentation of these congenital infections can be seen soon after birth, during infancy, childhood or later in adulthood.

Congenital toxoplasmosis is caused by the protozoan toxoplasma gondii which is transmitted from the infected mother to the developing fetus transplacentally. The causative organism can be acquired by exposure to contaminated cat feces or by eating raw meat.

The early detection of maternal toxoplasmosis is essential to prevent the spread of the infection to the fetus. In Europe, monthly screening for toxoplasmosis has become the standard of care as it is useful in the detection of early seroconversion.

A polymerase chain reaction test for toxoplasmosis in the amniotic fluid is also an option and can help in establishing the diagnosis at an early stage. Once the diagnosis is confirmed, the mother should receive spiramycin 1.5 grams two times a day to prevent fetal infection.

If the polymerase chain reaction test comes back positive, then the possibility of fetal infection is high. In that case, the use of pyrimethamine and sulfadiazine plus folinic acid is recommended.

Maternal symptoms of toxoplasmosis are not specific and can be easily missed even by an experienced physician. Therefore, whenever in doubt, it is recommended to order a serology test or a polymerase chain reaction test to confirm the diagnosis.

All mothers who have syphilis will transmit the causative organism, Treponema pallidum, to the developing fetus by the transplacental route. Syphilis can be classified into three stages. 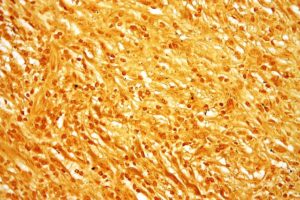 The incidence of congenital syphilis has declined since the introduction of mandatory serologic screening during pregnancy. Fetal infection is more common to happen in mothers who are in the primary or secondary stage of syphilis.

Congenital syphilis can be symptomatic before the age of two years, i.e., early disease or the symptoms might emerge after two years, i.e., late disease. Without effective treatment, perinatal death occurs in one-third of the cases. The remaining two-thirds are usually born asymptomatic, but if left untreated, symptoms will emerge within the first few months of life.

The diagnosis of congenital syphilis can be confirmed by using dark-field microscopy on specimens obtained from the placenta or the umbilicus, or by serologic testing. The most commonly used serologic tests are the Venereal Disease Research Laboratory test and the Rapid Plasma Reagin test. These two tests detect antibodies against cardiolipin, and they are not specific for syphilis but are useful in the prediction of the disease activity and severity.

Symptomatic infants who are confirmed to have syphilis by one of the non-specific quantitative tests or the specific tests should receive treatment. Additionally, asymptomatic infants of mothers who have a positive serology test should be evaluated and if found to have congenital syphilis should be treated.

Whenever the documented history of maternal treatment is not available, maternal treatment against syphilis was less than one month before delivery or the mother did not receive a penicillin drug, the infant should be evaluated and treated.

The most effective therapy for congenital syphilis is a 10-day course of aqueous penicillin G 100,000 to 150,000 units/kg/24 every twelve hours for the first week and every eight hours thereafter, or Procaine Penicillin G 50,000 units/kg IM once a day for ten days. The success of the treatment is confirmed by reversion to a negative serology test result from one of the non-specific tests mentioned above.

Approximately 25 % of the fetuses of infected mothers will acquire the infection, but only 2 % will be clinically affected. When infection occurs within the sixth to 12th week of gestation, limb development can be affected. Fetal infection at 16 to 20 weeks of gestation is associated with eye and brain disease. Fetal infection during the third trimester is believed to result in less severe disease.

The most common presentation of congenital varicella syndrome is that of cicatricial skin scars, atrophy of extremities, the presence of a neurogenic bladder,+ and hydronephrosis. The presence of these last three features is suggestive of autonomic nervous system involvement. Microcephaly, cortical atrophy, seizures and mental retardation can also be seen in congenital varicella syndrome. Eye disease is characterized by microphthalmia, cataracts and chorioretinitis.

The diagnosis of varicella-zoster virus fetal infection can be confirmed by a documented maternal history of chickenpox during pregnancy along with a typical clinical picture of congenital varicella syndrome in the neonate.

Pregnant women with severe varicella might benefit from the administration of acyclovir but it is not known if this has any effect on the risk of fetal infection. Antiviral treatment of congenital varicella syndrome is not indicated because the virus does not replicate in the newborn.

If the mother develops chickenpox within the last few days of her pregnancy, the risk of neonatal varicella is very high. The mortality of this condition can be as high as 30 %, and the use of varicella-zoster immune globulin in the newborn has been shown to be life-saving.

The human immunodeficiency virus (HIV) has been shown to be able to spread via the transplacental route to the developing fetus. Pregnant women who are confirmed to have HIV can transmit the virus to their fetuses in up to 40 % of the cases. 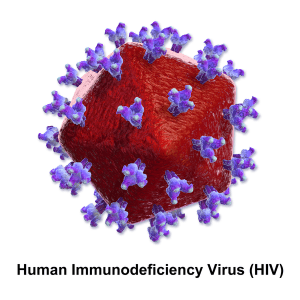 In almost all newborns of HIV positive mothers, HIV specific antibodies are positive at birth. This, however, does not mean that these infants have been infected as serologic reversion has been reported to occur in a considerable number of children by age of 18 months. Breastfeeding has also been linked to an increased risk of postnatal transmission of HIV to the infant.

The congenital infection with HIV usually does not cause any symptoms at birth. The early manifestations of congenital HIV Infection are lymphadenopathy, hepatosplenomegaly, oral candidiasis, and invasive bacterial infections. Recurrent pneumonia and failure to thrive can also be seen.

Management of HIV in mothers and newborns

Newborns with congenital rubella are usually asymptomatic at birth. The early clinical features of congenital rubella include generalized lymphadenopathy, hepatosplenomegaly, hepatitis, jaundice, and thrombocytopenia. These features usually resolve within weeks.

The long-term complications of congenital rubella are sensorineural deafness, cataracts, mental retardation, and diabetes mellitus type 1. Affected infants should be presumed as infective until the age of 1 year.

Isolation of the rubella virus is successful up to one year after birth. Samples from the nasopharynx, cerebrospinal fluid or the urine can help in the isolation of the virus and establishing the diagnosis. The presence of rubella-specific hemagglutination inhibition after nine months of age is specific and diagnostic of congenital rubella.

Treatment of congenital rubella is not available and the focus should be on the immunization of children and adults to prevent acquiring the infection during pregnancy.

If a mother acquires the disease while pregnant, the infant can be stillborn or have the “triad”:

Congenital cytomegalovirus infection is the most common cause of congenital infection in the United States. Up to 20 % of infected infants develop sensorineural hearing loss, ocular damage and cognitive or motor dysfunction. Young, single, non-white mothers are at the highest risk of acquiring cytomegalovirus during pregnancy.

The clinical manifestations of congenital cytomegalovirus infection can happen early during the neonatal period or late during childhood. The early presentation usually includes intrauterine growth restriction, microcephaly, lethargy, optic neuropathy, and intracranial calcifications. The mortality rate is high and can reach 12 % within the first six months of life. Mental retardation and hearing loss can occur during childhood and are usually progressive.

Isolation and culturing of the virus from oral secretions or the urine of the newborn can help in establishing the diagnosis. Additionally, the detection of viral DNA by polymerase chain reaction testing can be very helpful in the early recognition of the disease. 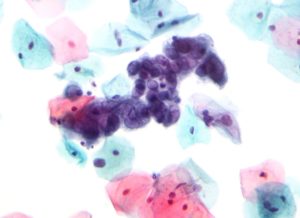 The clinical picture of disseminated congenital herpes simplex resemble bacterial sepsis and might be difficult to recognize. While localized skin disease seems to be benign, treatment should still be initiated as early as possible to prevent progression into a more severe disease with central nervous system involvement.

Neonates with congenital herpes simplex should be placed in the intensive care unit. Primary or recurrent active genital herpes in a pregnant woman at time of labor is an indication for cesarean delivery.