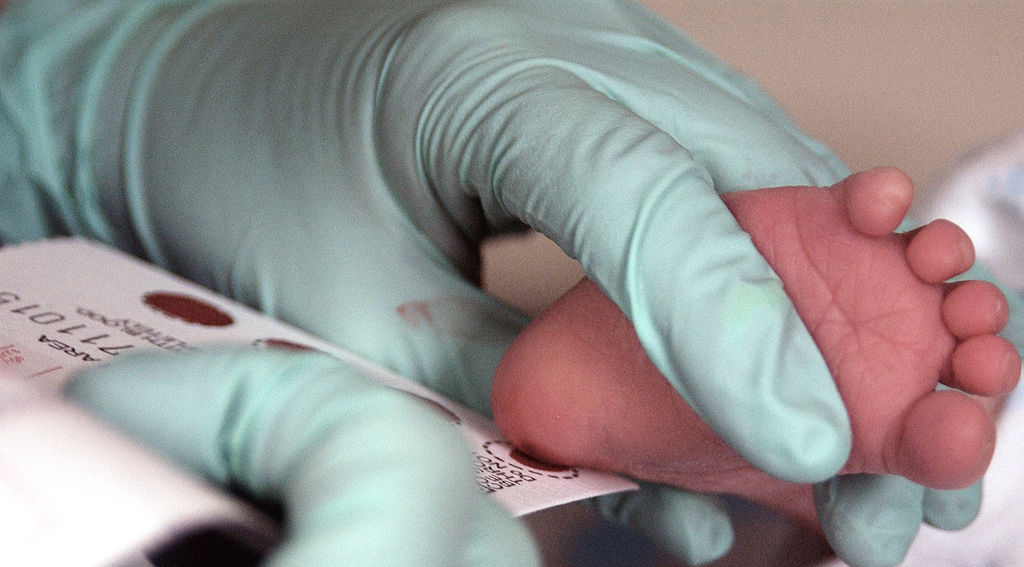 Congenital hypothyroidism is the deficiency of thyroid hormones in neonates and infants. 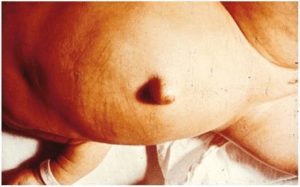 Congenital hypothyroidism is 1 of the most common preventable causes of intellectual disabilities. Hence, early diagnosis and treatment are important to decrease morbidity from this condition.

Congenital hypothyroidism may occur as a result of an inborn error of the thyroid metabolism, iodine deficiency, or a structural defect in the thyroid gland.

Anatomic defects of the thyroid gland

The thyroid gland develops from the 4th branchial pouch in the buccopharyngeal cavity during the 4th to 10th week of gestation. It later migrates toward the neck to rest at its anatomic position. An error in the migration or formation of the thyroid tissue (dysplasia, aplasia, or ectopy) may result in congenital hypothyroidism.

Children with normal anatomic thyroid glands may still suffer from congenital hypothyroidism due to other inborn errors of thyroid metabolism. These inborn errors may include:

Racial and gender disparities have also been noted; for example, the incidence of congenital hypothyroidism is higher among Hispanic females. It is also higher in girls than boys, with a female-to-male ratio of 2:1. Twin births appear to have a 12-times-higher risk of developing the condition.

Newborn infants with congenital hypothyroidism are usually born at normal gestational term or even post-term and may be initially asymptomatic, as maternal hormones pass on to the fetus through the placenta.

Birth length and weight are usually within the normal range, although head circumference may be increased. The knee epiphyses often lack calcification. Common clinical features include: 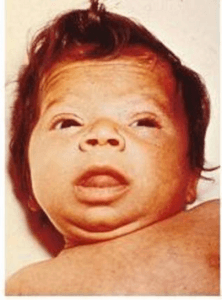 On physical examination, the following signs may be present:

In the United States and many other developed countries, screening for congenital hypothyroidism is performed during the 1st week of life, which identifies those children suffering from the condition during this asymptomatic stage. A careful history and physical examination should be performed and testing should be repeated in order to confirm the diagnosis.

Early diagnosis and treatment of congenital hypothyroidism are important to prevent long-term mental disability from this condition, as thyroid hormones are crucial for normal growth and maturation of the brain.

In endemic areas where iodine deficiency is common, dietary iodide supplementation is advised and may help prevent this condition.