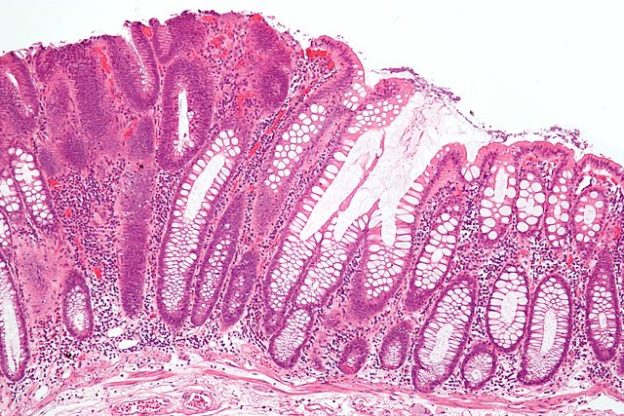 Overview of Colorectal Cancer in Women 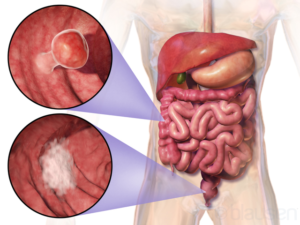 Adenomatous polyps can be tubular (80%), villous (10%) or tubulovillous (10%) in configuration. The risk of colorectal cancer in women received special attention because of two important observations:

First, the risk of colorectal cancer in premenopausal women was significantly lower compared to men who are age-matched.

Epidemiology of Colorectal Cancer in Women

The estimated incidence of colorectal cancer in women is around 41 new cases per 100,000. The last decade has seen an increasing trend in the diagnosis of colorectal cancer, most likely due to the more frequent screening programs and the increased detection of precancerous lesions such as adenomatous polyps.

Pathophysiology of Colorectal Cancer in Women

Malignant polyps in women most commonly occur in the descending colon and sigmoid colon. The second most common site for colon cancer in women is the cecum and ascending colon. The remainder of colorectal cancers occurs in the transverse colon or the flexures.

Approximately 70% of colorectal cancers in women arise from a precancerous adenomatous polyp. The remaining 30% arise from the serrated pathway which is characterized by the formation of serrated polyps. These polyps show mutations in the genetic and epigenetic loci responsible for the encoding of BRAF. Genetic BRAF mutations occur spontaneously in these precancerous lesions. Epigenetic abnormalities of the same gene, i.e., CpG island methylation, for example, are also associated with serrated polyps and an increased risk of cancer. 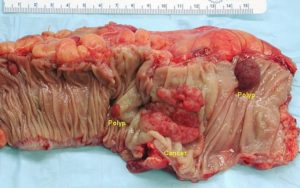 The Women’s Health Initiative conducted a study in 2002 that aimed to evaluate the benefits and risks of administering combined hormone replacement therapy “estrogen plus progestin” to postmenopausal women.

This study also showed that the administration of estrogen alone, to women who have undergone a hysterectomy, did not have any protective effect against colorectal cancer. One problem with this study was a contradictory observation in women with established metastatic colorectal cancer who had to worsing of their disease when they received combined hormone replacement therapy.

From 2002–2010, five more major studies were conducted to further evaluate the role of hormone replacement therapy as a potential chemo-preventative agent against colorectal cancer in postmenopausal women.

Mechanism of Chemoprevention for Colorectal Cancer by Hormone Replacement Therapy

Basic scientific research was required to better understand how and why hormone replacement therapy is protective against colorectal cancer.

Finally, to answer the third question, cellular studies were performed. It was noted that progestin acts synergistically with estrogen to increase the efficacy of estrogen as a chemo-preventative agent against colorectal cancer.