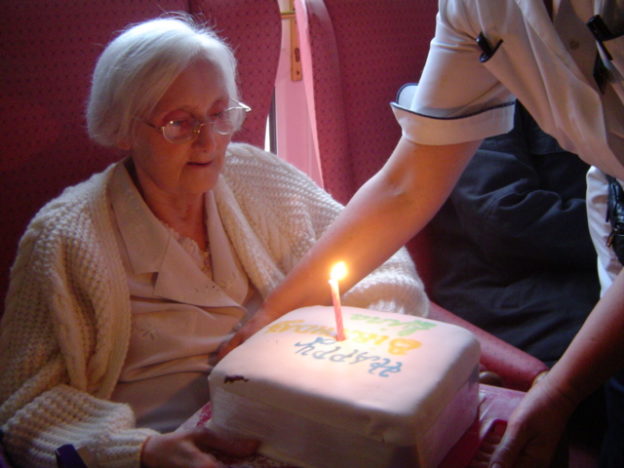 Cognitive activities such as human reaction time, attention, memory, reasoning, visuospatial abilities and language decline with normal aging. Neurological research has found that these changes could be related to a reduction in the volume of the brain’s gray and white matter with a decrease in the levels of the neurotransmitters. Although the changes are relatively minor without impairment of function some activities such as driving may be affected. A majority of the older adults above 65 years of age rarely develop dementia. Neurocognitive changes seen in normal aging include:

Intelligence can be divided into fluid and crystallized cognition. Fluid intelligence is a person’s inborn ability to learn new things, resolve developing problems and adapt to environmental changes. Human reaction time and psychomotor skills peak around the 30s and then decline over time. Crystallized intelligence includes knowledge acquired over time, which is familiar and practiced. This is acquired through life’s experiences and therefore, the elderly perform better with this type of cognitive skills compared to younger adults.

The speed of processing includes the speed of an individual’s motor responses as well as cognitive skills. These start to decline in the 30s and influence abilities like verbal fluency.

Non-declarative memory does not decline during an individuals’ life. Examples of this time of the memory are swimming, riding a bicycle and tying shoelaces.

Attention is the ability to focus and concentrate on specific tasks. Older adults have difficulty multi-tasking, participating in conversations in noisy environments and retaining information in memory and simultaneously manipulating it. This can result in practical problems e.g. difficulty driving, calculating tips in a restaurant, etc.

The ability to assemble and construct (visual construction) e.g. a jigsaw puzzle, can decline with age but the ability to recognize familiar faces and objects (visuospatial) remains intact.

Normal aging is associated with a decline in verbal fluency and naming objects after the seventh decade although overall language skills do not decline with age.

Executive functioning is the ability to plan, solve problems and reason logically, etc. Normal aging is associated with a decline in mental flexibility, response inhibition and motor components requiring speed after the age of 70. Mathematical reasoning, however, can decline to start around the fourth decade. Abilities, like appreciating similarities or describing proverb meanings, do not decline.

Cognitive decline beyond normal age-related decline is known as mild cognitive impairment (MCI) and it is further classified as amnestic and non-amnestic.

Progressive acquired cognitive skills and memory impairment associated with functional decline is called dementia syndrome. Although AD is reported to be the commonest type of dementia, postmortem studies indicate that the decline is due to a combination of vascular and tau-related AD. Lewy body dementia, frontotemporal dementia, dementia associated with metabolic syndromes, trauma, malnutrition, and central nervous system infections constitute other causes of pathological cognitive decline.

Alzheimer’s disease (AD) is characterized by a gradual onset and progressive cognitive, functional and neuropsychiatric decline. The Early stage of AD is associated with an inability to manage personal finances while mood changes develop in the intermediate stage. The AD patient gradually becomes dependent on the caregiver for all ADLs.

Scientific reports indicate that cognitive decline can be prevented or delayed participating in a combination of activities to stimulate cognition such as language and higher educational training, increasing the complexity of work and leisure activities. The cognitive declines in vary between individuals. Factors like genetics, co-morbidities, and sensory deficits like hearing loss or visual impairment contribute to the decline. Improving cognitive reserve, participating in intellectual, social and physical activities in combination with retraining may be helpful.

Following is a list of activities associated with delaying or preventing cognitive decline in the elderly:

Amnestic MCI is characterized by a prodromal stage of dementia that presents mainly with memory impairment. Other cognitive functions and motor skills are normal in patients with amnestic MCI.

It has been estimated that up to 44% of those diagnosed with MCI will regress back to normal cognitive function within the first year of diagnosis. Therefore, extensive research has been done to help understand which patients diagnosed with MCI are at an increased risk of progressing into dementia.

Epidemiology of MCI in the Elderly

MCI is reported to have an incidence of 21.5 to 71.3 per 1000 persons per year in seniors. The prevalence of MCI in some epidemiological studies have been reported to be as high as 42%. The conversion rate of MCI to dementia is reported to be around 10% per year. Up to 90% of those diagnosed with MCI will progress into dementia after 6 years of diagnosis.

Risk Factors for MCI in the Elderly

The following risk factors have been shown to be associated with an increased risk of MCI in the elderly:

The levels of amyloid-beta and tau in the cerebrospinal fluid of patients with MCI are elevated, however, still, remain lower than what is observed in patients with AD. However, a clear association between the levels of these two proteins in MCI and the risk of progression to AD has been documented in previous research.

The amyloid-beta-42 factor is a promising biomarker of MCI and has been shown to have 85% sensitivity and 80% specificity for MCI.

Imaging studies are helpful in providing more certainty to the diagnosis of MCI. Structural imaging can show hippocampal volume loss and temporal lobe atrophy in patients with MCI. Amyloid abnormalities can be appreciated with positron-emission-tomography studies and are usually evident in patients with amnestic MCI.

These tests are used to increase the certainty of the subjective diagnosis of MCI. Accordingly, the diagnosis of MCI remains a clinical one where one can use tests to identify cognitive decline and memory deficits.