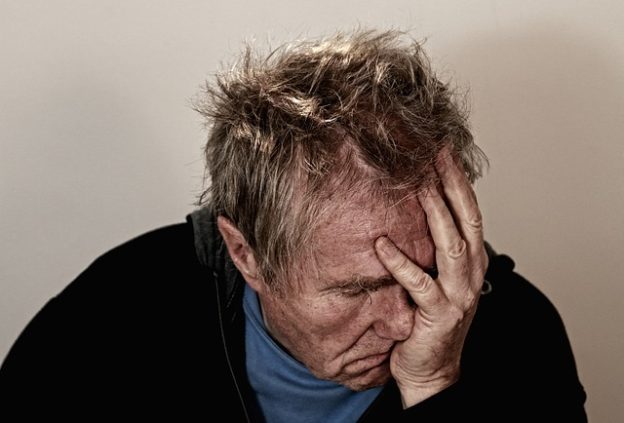 The word ‘cognitive’ refers to all the mental processes of a person: dreams, memories, images, thoughts, and attention. The word ‘behavioral’ refers to everything that a person does—how he tries to solve a problem, how he acts and avoidance.

Cognitive and behavioral theories generally conceptualize panic disorder as an acquired fear of bodily sensations, particularly sensations associated with autonomic arousal, in individuals with certain psychological and biological predispositions for the disorder.

Cognitive therapy aims at a person’s thinking. This is because normally a person feels what he thinks. The aim of cognitive behavioral therapy is to change the way a person thinks. Healthy and positive thinking would result in a happier person. Self-related thoughts or beliefs, as well as such concerning the people in one’s vicinity, are changed by convincing the person to take those beliefs as hunches rather than facts and thus keep beliefs non-extreme and flexible.

As the name implies, behavioral therapy emphasizes behavior. It involves changing the way a person thinks and feels by modifying the way he behaves. For example, becoming more active if a person is depressed, or facing fears step by step if a person is anxious.

This is usually accomplished by asking the patient to keep a diary for a week or so before any diagnosis is made. This diary is helpful to describe the patient’s problems in terms of their cognition (thoughts), behavior and ‘autonomic symptoms the patient feels during those thoughts’ (for example, palpitations or breathlessness felt when the patient gets negative thoughts).

The hypothetical diagnosis of the condition is made by following the ABC criteria:

An activating event is an event that triggers depression, anxiety or fear. It may be an actual event that has occurred, a future event that one fears might occur, or a fearsome or depressive image, memory or dream.

The beliefs of a person consist of his thoughts, his personal rules, the demands he sets on himself and the people around him as well as the meanings that he attaches to specific things.

The consequences are the emotions, behavior and autonomic symptoms felt by the patient when he encounters the activating event.

Since the primary complaint in many psychiatric illnesses is anxiety, the patient must first be trained to produce the opposite response, i.e, relaxation. The patients are first taught to recognize the signs of tension in their bodies and how these can be altered by voluntary control.

They are then taught a series of exercises by which they can learn to reduce anxiety, and they may also be given an audiotape of these exercises that they can use for regular home practice. Relaxation exercises include progressive muscle relaxation (the patient’s muscles are alternatively tensed and then relaxed to achieve a relaxed state), autogenic relaxation (muscle tension is released without the muscles first being tensed) and breathing exercises.

Learning to relax is a skill and will also include cognitive aspects like ‘a sense of control over difficult situations’. Some patients find it very difficult to relax, even anxiety-provoking, because the feeling of ‘letting go of tension’ provokes their fear of ‘being out of control’.

In either procedure, exposure can be gradual—starting with situations that provoke little anxiety and progressing slowly through increasingly more difficult ones (desensitization)—or it can be intensive from the start (flooding). The usual form of exposure is usually carried out with a speed and intensity between these extremes, and when possible, in practice rather than in imagination.

First, a list of anxiety-provoking situations is compiled in decreasing order of anxiety (a hierarchy).

The list usually has about ten items, chosen so there is an equal increment of anxiety between the items. This aim is sometimes difficult to achieve, in which case the severity of the anxiety caused by certain items may be adjusted by introducing modifying factors. For example, the anxiety response to a situation may be less potent if the person has a trusted companion nearby.

Sometimes, anxiety-provoking situations seem so diverse that they cannot form a single hierarchy. For example, an agoraphobic patient may fear to visit the hairdresser, going to the cinema and attending a parent-teacher meeting. In such cases, a unifying fear should be sought out. In the presented example, this would be the fear of being unable to leave a situation without embarrassment. When no common theme exists, two hierarchies are constructed.

Desensitization in imagination is used when exposure to the actual situation is impractical, as in, phobia of flying or post-traumatic stress disorder. Otherwise, exposure in practice is generally more effective.

Patients enter situations from ‘the most anxiety-provoking items’ in the hierarchy from the beginning of treatment and remain there until the anxiety has diminished.

The process is repeated with other ‘near maximal stimuli’.

When successful, this procedure leads to a rapid reduction in anxiety, but many patients find the experience distressing. As the technique has not been shown to be more effective than desensitization, it is used infrequently.

Most cases of exposure treatment are carried out in a way that is intermediate in speed and intensity, rather than following the extremes of desensitization and flooding. The patient enters a feared situation every day, either alone or with a relative or friend.

If their anxiety does not diminish, it may be necessary to start again with items lower on the hierarchy. Each session lasts for about 45 minutes.

Some patients fail to progress because they have formed a habit of disengagement from anxiety-provoking situations by thinking of other things. Such patients should be helped to change this behavioral pattern so that progress can be made.

This technique is used to treat obsessions and compulsions. Patients are made to refrain from carrying out compulsions despite their strong urges to do so. This is called response prevention. If the restraint continues for long enough (usually at least an hour), the urge diminishes.

As treatment progresses, these urges are deliberately increased by encouraging the patient to enter obsession-provoking situations that he has previously avoided (exposure).

At first, patients are accompanied by the therapist and reassured while they strive to prevent their obsessions, but with practice, they are able to do this on their own. Sometimes the therapist reassures the patient on the first few occasions by carrying out the exposure procedure himself, a procedure called ‘modeling‘.

Patients need to feel confident that every task will be agreed upon in advance, and that they will never be faced with the unexpected.

Response prevention generates substantial anxiety at first, but patients usually tolerate this as they know that it will decline eventually.

It is a form of mental exposure treatment. Patients dwell on the obsessional thoughts for long periods or listen repeatedly to a tape recording of the thoughts spoken aloud for an hour or more.

Many people cope poorly with social situations because they have never received appropriate social responses from people they have encountered in life.

Social skills training includes assertiveness training and anger management. It is usually done with groups of patients and aims to provide explicit training on how to respond to such inappropriate social responses.

Mock social situations are set up, and the patients practice by role-playing after the therapist has provided a model of the appropriate behavior (modeling).

The patient’s performance may be videotaped so those particular problems can be discussed in subsequent sessions.

This treatment was developed specifically for nocturnal enuresis. In the old method, two metal plates separated by a pad were placed under a child’s bedsheets (the pad and bell method). If the child passed urine in his sleep, the pad became moist and its resistance fell, allowing electric contact between the metal plates, which are wired to a battery and a bell or buzzer.

Nowadays, a small sensor attached to the pajamas can replace the plates and pad. The noise of the alarm wakes the child, who must then rise to empty their bladder. After this procedure has been repeated on several nights, the child wakes before his bladder empties involuntarily. Eventually, he sleeps through the night without being enuretic.

This treatment was developed for post-traumatic stress disorder and consists of three components:

This method was developed as a treatment for patients who repeatedly harmed themselves and who had a borderline personality disorder.

Patients learn problem-solving techniques for dealing with stressful events. The steps of problem-solving are described below. Treatment is done individually and in group sessions and lasts for up to a year.

Disorders in Which Cognitive Behavioral Therapy Is Used