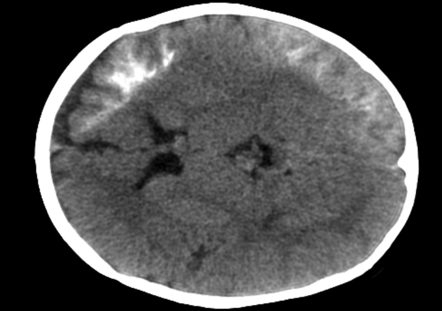 An epileptic seizure is a transient occurrence of signs and symptoms due to abnormal excessive or synchronous neuronal activity in the brain that clinically manifests as a sudden and transient alteration in consciousness, motor, sensory, or autonomic functions of the patient and is observed by the patient or an observer.

History taking is helpful in identifying the etiology of seizures or epilepsy in children. The history should include questions about the description of the nature of seizures, timing during the day or at night, any medications or herbals that the child might be on, whether the child is feverish or not and whether the child is having acute illness that may provoke the seizure, e.g. acute gastroenteritis, head injury or pneumonia.

This is where there is a defect in ion channels or receptors responsible for many genetic seizure disorders in children. The imaging studies will not show any abnormality. Dravet syndrome and juvenile myoclonic epilepsy are examples of genetic epilepsy disorders.

This can also induce seizures in children. Examples for structural abnormalities are hydrocephalus, neurovascular abnormality, concussion or space-occupying lesions.

Dysplasias and malformations can also cause seizures. Sturge-Weber syndrome is an example of the common neurodevelopmental causes of seizures with facial angiomata. Structural abnormalities are common in neuroimaging, as well as other body systems. Cognitive disability and developmental delay are also present.

This is a common cause of refractory seizures among teenagers and adolescents due to the loss of hippocampal neurons and replacement with glial tissue.

This is a seizure disorder in the first year of life that is associated with various causes including tuberous sclerosis, cerebral palsy and Down syndrome. Other structural or metabolic disorders can also lead to disease. The spasms can be either flexor spasms or extensor spasms.

The 5-Axis Diagnosis of an Epilepsy Disorder

The use of a 5-axis diagnosis approach makes it possible for clinicians to decide the best treatment plan, deliver accurate information about the prognosis, and compare their results with other epilepsy-care centers in an objective manner.

The semiology of the seizure should be described here using the recently published classification of seizure’s semiology by the international league against epilepsy.

Define whether the seizures are focal, nonfocal, or generalized. If focal seizures, attempt to define lateralization and localization in this axis.

Imaging in Children with an Epileptic Disorder

Imaging with brain MRI is generally advised except in the following situations:

Again, using a 5-axis diagnosis approach would be helpful in identifying these electroclinical syndromes who usually do not have a structural brain abnormality and do not require a brain MRI.

Adrenocorticotropic hormone (ACTH) is the first-line approved medication for the treatment of infantile spasms. It needs to be injected at least once a day for better control of the seizures. Common side effects for the medication include high blood pressure, GI irritation, hypoglycemia and developmental delays.

Vigabatrin is an FDA-approved drug against infantile spasms with promising results. Side effects include peripheral visual field defect, flaccidity and sleep disorders.

Prednisone can be used as a first-line drug with results comparable to ACTH.

Other antiepileptic drugs e.g. valproic acid, clonazepam, and lamotrigine have been tried.

Absence seizures (petit mal seizures) are common in the pediatric population and are characterized by a cessation of all activities with a staring look. The seizures are common and recurrent and can affect the intellectual activity of the child.

EEG diagnosis is characterized by slow discharge and 3-Hertz spikes. It can be associated with other seizure disorders and tonic/clonic seizures. Treatment with ethosuximide, valproic acid and lamotrigine constitutes the most effective therapy.

This constitutes the most common childhood seizures disorder. Febrile illness can lead to seizure episodes in children without being harmful to brain function or intelligence. Having febrile convulsions does not mean the child has epilepsy or will develop an epileptic disorder in the future.

It is most common between 6 months and 5 years and presents with shaking, staring or even loss of consciousness in the first day of febrile illness and lasts for less than 15 minutes.

Positive family history is a risk factor. No other brain disorder or to explain the episode. Viral or bacterial infection with associated fever predisposes to the febrile seizures, as well as vaccination. Common viral infection with human herpesvirus 6 (roseola) and vaccination with measles, mumps, rubella (MMR) are strong predisposing factors.

It is important to differentiate febrile seizures from other causes of convulsions in children, especially meningitis. CSF analysis is definitive in meningitis diagnosis. Most children will need antiepileptic medication after the first attack.

Place the child on his side and watch the duration of the convulsions. Seizures of more than 5 minutes need emergency medical assistance. Treatment of fever requires acetaminophen or ibuprofen. Cold fomentation will also help. Parents of a child with recurrent attacks of febrile seizures can give diazepam gel rectally, especially for children with shaking for more than 5 minutes. Prophylactic treatment with antiepileptic drugs is not indicated.

This is the most common childhood seizure syndrome. The origin of cortical electrical activity is around the Rolandic fissure or the central sulcus of the brain hence the name. 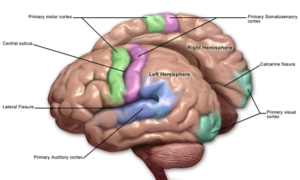 It is called benign as it commonly disappears after puberty. The seizures occur between the age of 3 and 13, usually at night, and lasts for 2 minutes during which there is no loss of consciousness.

Positive family history is found in about 25% of affected children with autosomal dominant EEG pattern inheritance. The prevalence of BREC is underestimated since most of the episodes occur at night with the parents unaware of them.

It usually consists of unilateral motor and sensory symptoms of the face which can be twitches, tingling, numbness, and stiffness. The seizures can be manifested as twitches of the tongue, jaw or side of the face. Pharyngeal muscles can be affected leading to the drooling of saliva. Laryngeal muscles when affected will lead to a gurgling sound. Tingling and numbness can take one side of the tongue, lips, face or one side of the body.

The seizures differ in frequency and nature among patients and sometimes they can be generalized with status epilepticus. Some patients may experience developmental delay or mental delay. The diagnosis is made with a characteristic EEG pattern of high voltage spikes, followed by slow waves in the temporal lobe and motor area of the brain.

According to the clinical presentation, antiepileptic drugs e.g. carbamazepine, gabapentin, and levetiracetam are indicated for children with recurrent seizures, daytime seizures or mental delay. Antiepileptic medications may be given after puberty for prophylaxis and should be tapered off gradually to avoid a relapse.

Seizures and epilepsy in children via uptodate.com

Clinical and laboratory diagnosis of seizures in infants and children via uptodate.com

Diagnostic Approach of Epilepsy in Childhood and Adolescence via ncbi.nlm.nih.gov