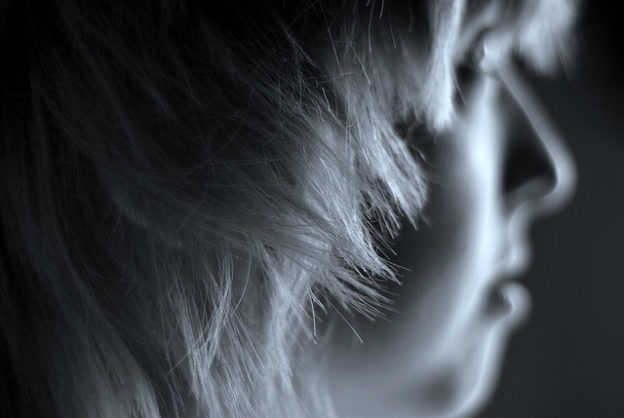 Represents intentional harm to a minor that can be neglect or physical, psychological, or sexual abuse. It has a lifelong impact.

A sexual act with children, according to the US Centers for Disease Control and Prevention (CDC), can be defined as any form of sexual activity that involves the penetration of a child. A type of child sexual abuse might include contact. It leads to changes in their behavior and emotional responses.

Sexual contact is defined as any form of intentional sexual touching of a child without penetration. The exploitation of the child, also known as non-contact sexual interaction per the CDC definitions, involves taking sexual photographs of a child, sexual harassment, trafficking, or prostitution.

For sexual activity to be considered abusive, the World Health Organization has established some important definitions. These definitions consider the cultural and legal differences between different societies.

Not every case of sexual abuse is registered and recognized. Therefore, the exact prevalence of the problem can only be estimated.

Retrospective questioning of adults about a sexual abuse incident during childhood is an indirect way of estimating the prevalence of sexual abuse among children. Whether children are more likely to disclose contact versus non-contact sexual abuse is a debatable subject among scholars.

Note: The annual frequency of child sexual abuse worldwide is around 150 million girls and 73 million boys. Contact child sexual abuse in the United States had an estimated prevalence of 10% in a retrospective study that targeted adults.

Children who experience other forms of abuse, such as physical or verbal abuse, are more likely to be victims of sexual abuse. Additionally, children from poor families, have non-educated parents, have a history of parental substance abuse and domestic violence are at higher risk for child sexual abuse.

Adolescents who run away from home, for one reason or another, are more likely to get involved with sexual activities, such as prostitution. This can happen as a trade-off for food, shelter, money, or drugs. Detained children, child soldiers, working children, and children with disabilities are also more likely to experience sexual abuse.

In many cases, the perpetrator can make the child feel guilty and responsible for the sexual act or contact that happened. This feeling of guilt can inhibit the child from coming forward to the authorities and disclosing the abusive activities perpetrated against them. Additionally, many children fear that no one will believe them, or they will lose an important figure of their family if they disclose the abusive act. The perpetrator may threaten the child, making statements  like, “I will kill you, or your mother if you tell anyone.” The child may be forced to get involved in the act;  then, feelings of being trapped or helplessness overpower the child, who may develop accommodative behavior. This is also important to disclose.

Age of the child

The victim’s age also plays an important role in determining the likelihood of a disclosure. Very young children who experience sexual abuse are very unlikely to understand the nature of the act; therefore, they rarely, if ever, disclose such information intentionally. Instead, a tongue slip during an interview or abnormal behavior might signal the pediatrician to suspect sexual abuse.

On the other hand, children between 7 and 13 years are more likely to understand the nature of sexual activities involving them. This age group is more likely to be sexually abused. They are still very vulnerable to manipulation by caregivers, who could also be the perpetrators. Because of this, disclosure in this age group usually happens within one month of the actual sexual act or contact.

Adolescents who experience some form of sexual abuse are unlikely to disclose such an event directly to the interviewer. Instead, they tend to share the details of such an experience with their friends and peers from school, for instance. Adolescents are also more likely to understand the negative effect of disclosing sexual abuse on family integrity, especially when the perpetrator is a close relative. Because of this, they might choose to inhibit disclosure willingly.

Severity and nature of the sexual activity

Finally, it was found that the severity and nature of the sexual activity might be associated with the likelihood of reporting the sexual act or contacting the authorities or a professional. Children who experience a severe form of sexual abuse that, for example, involves complete penetration, are less likely to report the event because of overwhelming guilt and fear. When the abuser is a stranger, the child is more likely to disclose the abuse, whether the incident occurred many times or the nature of the sexual activity was of a non-contact type. Stranger abuse is more likely to happen to boys. Abusers usually target children who are physically disabled (deaf or blind) or developmentally delayed.

Children and adolescents who come from a culture that overvalues virginity and honor—or considers it normal for men to want sex and, therefore, it is the girl’s fault if something happens because of temptation—are less likely to disclose sexual abuse.

Alcoholism, suicidal risk, marriage problems, and the use of illicit drugs were also more common in adults who had previously reported or encountered sexual abuse as children. Additionally, children who experience sexual abuse are more likely to be involved in high-risk sexual activities during childhood, which puts them at an increased risk of acquiring sexually transmitted infections (STIs), teen pregnancy, or human immunodeficiency virus (HIV). Teen pregnancy may have complications such as preterm births, risking the life of the teen mother also.

Children who experience repeated sexual abuse are also more likely to endure a stressful life, increasing their risk of heart disease. Additionally, using illicit drugs, which is more common among victims of sexual abuse, has been linked to an increased risk of life-threatening heart diseases, such as infectious endocarditis.

Who Should be Contacted in Case of Child Sexual Abuse

Note: The child protective services (CPS), police, medical teams, foster care, child welfare agencies, and other child protection agencies can be contacted and should work together whenever child sexual abuse is suspected.

When the CPS decides that the child’s safety is compromised at home and that the likelihood of recurring sexual abuse is high, they can petition for the child to be removed and placed with a relative or a foster family. In some cases, if the offender is a close relative or a caregiver, s/he might be removed from the home.

Signs & Symptoms of children with a history of sexual abuse

These children usually present with:

The first step in treatment should be STI testing and HIV screening to protect the child from them. Adolescent girls should be given pregnancy tests. Oral medicines may be prescribed based on diagnostic tests. Sex-related co-morbidities are managed with specific treatment.

Cognitive behavior therapy is believed to be the most effective approach in children. Trauma-focused cognitive behavioral therapy is the most effective form of psychotherapy for child sexual abuse victims. It focuses on identification, evaluation, and re-framing the dysfunctional conditions related to the specific trauma and its sequelae that stimulate negative emotions and reactions.

A biopsychosocial approach is recommended when dealing with a child sexual abuse case. Therefore, in addition to psychotherapy, family counseling, and interventions to change the child’s social surroundings to prevent sexual abuse recurrence are needed.