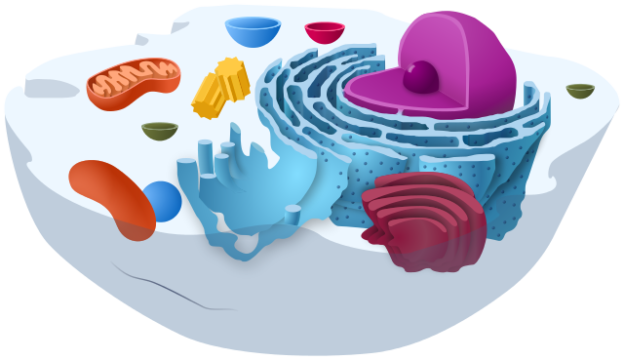 Aging is defined as a diminished response to stress, escalation of homeostatic imbalance and the enhanced threat from aging-related pathologies. With the advances in biomedical research, a number of theories proposed to expound aging have emerged and many are on their way. The most likely cause of aging is a multi-targeted attack on the normal functioning of the cell leading to disruption of the milieu interior of the cell and consequent detrimental effects which finally culminate in a diminution of a cell’s lifespan.

There is a multitude of diverse physiological traits described which characterize aging. The same can be tabulated as follows for easy memorization:

We now focus on cellular senescence and stem cell exhaustion and their role in aging.

Note: The stable arrest of the cell cycle and associated phenotypic changes are intended to prevent the propagation of damaged cells and trigger their clearance by the immune system. Insidious aggregation of these cells in normal tissues induces aging and age-related diseases. They are responsible for the development of incapacitated abnormal tissue function. Cellular senescence is an antagonistic hallmark of aging, a response to damage. 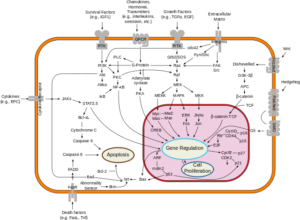 Telomere attrition, Oxidative stress, and Oncogene activation are the different pathways which can induce cellular senescence.

Another important terminology closely related to cellular senescence is “Replicative senescence”. Telomere shortening occurs every time a cell divides. Once the telomere length reaches a critical threshold, it can no longer be protected by telomeric proteins.

The key mechanisms by which senescent cells contribute to the diminution of the lifespan of a cell are enlisted as follows:

The biological impact of senescent cells at the molecular level is multi-pronged and can be summarized as follows:

Cellular senescence has been incriminated in a number of disorders. The principal diseases associated with it are intervertebral disc degeneration, chronic hepatitis C, hepatocellular carcinoma, benign prostatic hyperplasia, type-II diabetes mellitus, a glomerular disease of the kidney and emphysema.

The notion is to develop strategies to transiently turn on the telomerase activity in cells. This will limit telomere attrition and thus tame replicative senescence. However; not all cells are subject to this ideology. There exists a specific sub-population of cells which age independent of telomere shortening. Some are directly afflicted by DNA damage. These cells are unaffected by telomerase therapy.

Cellular senescence is modulated by a fine balance maintained between the production of young cells from stem cells and removal of local damaged cells by scavenging and the immune system. The inspiration comes from the development of cell-surface marker specific anti-cancer drugs.

Note: Scientists working tirelessly in this direction hope to generate drugs which would recognize senescent specific cell-surface markers and induce apoptosis in these cells.

Rejuvenation therapy believes that accumulation of damaged senescent cells in tissues is predominantly a culmination of dysregulated and the aged immune system itself. There are various junctures in the immune system which, if reinstated, could curb the processes which accelerate aging.

The various important steps in the immune system affected by aging are:

The deleterious effects of senescent cells are compounded by defective clearance of these cells associated with the diminished production of young healthy cells by a local niche of stem cells. Aging might itself decrease the vigor of the local stem cells. In these circumstances, stem cell rejuvenation therapy by the addition of stem cell populations into the tissues after removal of senescent cells is an interesting notion.

Adult stem cells preservation is crucial for the maintenance of tissue homeostasis; especially as the cell grows older. Aging is associated with the attrition of stem cells. This is known as stem cell exhaustion. Exhaustion of the stem cell pool is brought in by a multitude of diverse processes such as dysregulated metabolic signaling, premature aging secondary to oncogenic insult to the somatic genome and other pathways which contribute to the decline in the functionality of the cell.

Stem cell exhaustion is an integrative hallmark of aging, the culprit of the phenotype. It is an integrated consequence of so many others of these hallmarks. Age-related genomic instability and DNA damage are proposed to result in altered differentiation of stem cells which fail to provide optimum replacement of healthy cells and hence ultimately lead to decreased longevity of life.

Stem cells and the immune system are in the positive feedback loop when it comes to accelerating the aging phenotype. The genomic and transcriptomic profile of stem cells also undergoes changes as stem cell exhaustion occurs.

Stem cell exhaustion and dysregulated aged immune system are in a vicious cycle with positive feedback mechanism linking the two. Thus, while the altered function of stem cells leads to the further dysfunctional immune system, the defunct immune system creates a pro-inflammatory aging milieu which further hampers the functionality of the stem cells. This vicious cycle is thought to culminate in accelerated senescent phenotype.

Network analysis studies have revealed differential regulation of the different set of genes in adult stem cells as they are subjected to exhaustion and subsequently cellular senescence. Studies on aging from the cytogenetic perspective reveal a fine balance between proto-oncogenes and tumor suppressor genes, each pushing the growth curve in opposite directions. Aging can be looked upon as a disruption of this fine balance regulating alternative cellular states.

The key genes involved are as follows:

The principal changes which occur at the molecular level to bring about this altered genomic and transcriptomic profiling can be summarized as follows:

The critical cellular pathways implicated in stem cell exhaustion and aging can be summarized as follows:

The canonical Wnt signaling pathway is crucial in the fate determination of stem cells. Stem cell exhaustion is regulated in a disciplined manner by Wnt pathway through extensive crosstalk with multiple other key regulatory pathways of the cell such as the SMAD signaling pathway; BMP, NOTCH, and prostaglandin E2 pathways.

The following are modulated by the Wnt signaling pathway:

The Klotho mouse model of aging points to aberrant Wnt signaling as the culprit pathway in stem cell exhaustion and premature senescence of stem cells with decreased self-renewal and early senescent phenotype. There is evidence to correlate gradual accumulation of Progerin and diminishing Klotho levels with human aging.

The FoxO transcription factor signaling pathway regulates the cellular response to oxidative stress. It coordinates the composite response of a cell to tumor suppression, metabolism, and longevity of lifespan of a cell. It regulates multiple intersecting cellular pathways and affects a multitude of key fundamental cell functions, such as the following:

Bestowed with ubiquitous expression, FoxO functions are still highly specialized and customized uniquely to distinct cell types. Redirection of β-catenin function as a result of oxidative stress-mediated through FoxO family of transcription factors culminates in the altered transcriptomic profile of stem cells and affects cellular homeostasis and cellular senescence. FoxO transcription factors also play a role in stem cell exhaustion by altering the structural and functional integrity of the aging immune system.

Extensive understanding of the role of stem cell exhaustion in aging has triggered a lot of fascination and vigor in interventional regenerative medicine. Engineering cells and tissues for replacement and regeneration of diseased and injured cellular entities, such as in neuromuscular systems, can confer resistance to aging.

Ex vivo aging of stem cells in rodent cells is an upcoming area of research. Partial reprogramming involves moving adult stem cells from limited multi-potency towards pluripotency by altering the transcriptional phenotype of stem cells. This approach can be used to preserve the proliferative potential and regenerative capacity of the stem cells; thus evading exhaustion.

Aging is defined as the diminished response to stress, escalation of homeostatic imbalance and the enhanced threat from aging-related pathologies. There is a multitude of diverse physiological traits described which characterize aging.

The concept of cellular senescence has deep far-reaching clinical consequences. It opens avenues for therapeutic manipulations such as telomerase therapy, apoptosis-inducing pharmacotherapy, stem cell therapy, and immune system modulation. Adult stem cells preservation is crucial for the maintenance of tissue homeostasis; especially as the cell grows older. Aging is associated with the attrition of stem cells. This is known as stem cell exhaustion.

A summary of the hallmarks of cellular aging