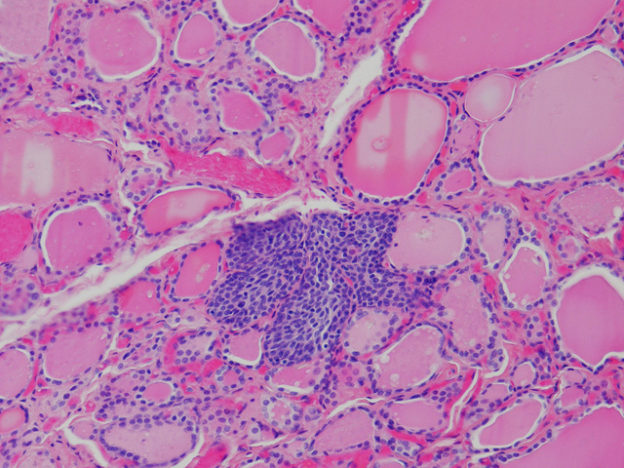 A receptor is a molecule that receives signals (chemical or hormonal) from outside the cell and is usually located on the cell surface. Receptors are proteins that undergo a conformational change upon attachment of their corresponding signaling molecule, which in turn induces a chain reaction (also known as signal transduction) within the cell leading to various cellular responses, including cell death.

The signaling molecule that binds to the receptor (also known as a ligand) can be a peptide, a hormone, neurotransmitter, drug, toxin, etc. Each receptor possesses 2 functional domains: the recognition domain which binds ligands and the coupling domain which is involved in signal transduction.

Cell surface receptors are transmembrane proteins embedded into the plasma membrane which play an essential role in maintaining communication between the internal processes within the cell and various types of extracellular signals.

Such extracellular signals include hormones, cytokines, growth factors, neurotransmitters, lipophilic signaling molecules such as prostaglandins, and cell recognition molecules. When any of these ligands bind to their corresponding receptor, a conformational change is triggered which initiates an intracellular signaling pathway. Note that each ligand has its own specific cell surface receptor. 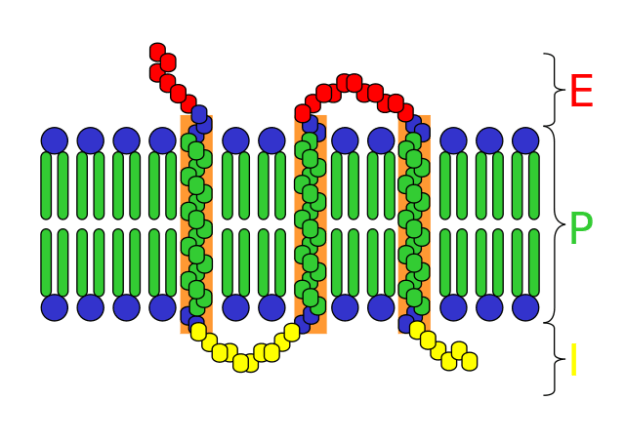 Additionally, cell surface receptors are specific to individual cell types and thus are also known as cell-specific proteins. These receptors regulate a multitude of biological pathways required for cell growth, survival, differentiation, proliferation, as well as many other cellular processes. Cell surface receptors are responsible for most of the signaling in multicellular organisms.

Several factors govern the properties of these domains, including the size and extent of the domains, which may vary according to the type of cell surface receptor.

Cell surface receptors are generally classified into the following categories:

Ion channel-linked receptors also referred to as ionotropic receptors, are responsible for regulating the transduction of chemical signals across the cell membrane in response to the chemical messenger (e.g., neurotransmitter) binding. This class of receptor regulates the opening or closing of ion channels that allow ions like Na+, K+, Ca2+, or Cl−, etc. to move across the plasma membrane.

Ion channels are pore-forming proteins also referred to as cell-membrane bound receptors. Ions pass down their electrochemical gradient through ion channels without requiring ATP or metabolic energy. Ion channels are mostly found on synaptic structures which are primarily (but not exclusively) involved in neuronal activities. Ion channels are, therefore, an important component of the nervous system because they mediate conduction across nerve synapses when activated by neurotransmitters.

Ion channels also play a vital role in exerting cellular response to toxins and venoms. Various biological processes involving fast changes in cells such as the contraction of cardiac, skeletal, and smooth muscles, activation of T-cells, and the release of hormones are also mediated through ion channels.

When a ligand binds to ion-channel linked receptors, the extracellular domain of the receptor undergoes changes in its conformation, opening a channel across the plasma membrane. This allows specific ions (such as Na+, Ca2+, H+, and Mg2+, etc.) or other key molecules to pass through the open channel. The membrane-spanning region of these receptors helps to form a channel through which ions can pass.

Ligands that bind to ion channel-linked receptors include neurotransmitters and peptide hormones and the passing molecules are ions such as sodium (Na+) and potassium (K+).

The amino acids that occupy the membrane-spanning region of ion-channel receptors are hydrophobic in nature, making it easier for the membrane phospholipid fatty acid chains to interact with them. On the other hand, amino acids lining the inside of these channels are hydrophilic, allowing easy passage of ions and water. The ion channels (or pores) remain open only for a limited time, after which, the ligand dissociates from the receptor making it available to bind with a new ligand. 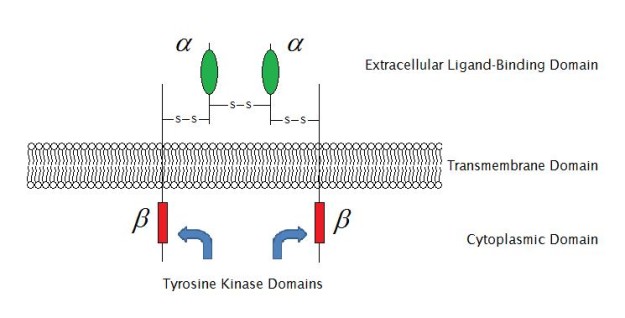 In most cases, activation of the enzyme takes place because the receptor is dimerized upon binding of a ligand. The activated enzyme leads to an intracellular cascade of events executing the response.

G-protein-coupled receptors (GPCRs) are the largest cell surface receptors, composed of 7 transmembrane proteins in the plasma membrane. GPCRs are responsible for activating the trimeric membrane-bound G-proteins (GTP binding proteins) which subsequently activate either an ion channel (effector) or an enzyme in the cell membrane.

G-proteins proteins function as an intermediate transducer molecule that plays a vital role in regulating intracellular functions through a secondary mechanism which is in turn activated by G-protein coupled receptors. Many different types of G-protein-coupled receptors are known, such as the acetylcholine (Ach) receptor, β-adrenergic receptor, metabotropic glutamate receptors, certain olfactory receptors, receptors for peptide hormones, and rhodopsin (a photosensitive receptor).

Many neurotransmitters, neuropeptides, peptide hormones, as well as a number of others can activate G-protein coupled receptors. GPCRs are responsible for targeting various signaling pathways, including sensory perception such as sight, taste, smell, and pain sensations. GPCRs are among the most important cell surface receptors, with almost half of the drugs we utilize exerting their action by modifying these receptors.

When the alpha subunit is reversibly bound to GDP, GPCR is inactivated. However, the GDP can be exchanged for GTP with the help of a guanine-nucleotide exchange factor (GEF), allowing for receptor activation.

After a ligand binds to GPCR, the G-protein is activated. The activated G-protein, in turn, activates either an ion channel (effector) or an enzyme in the cell membrane. A cyclic series of events takes place as a result of cell signaling with G-protein-linked receptors.