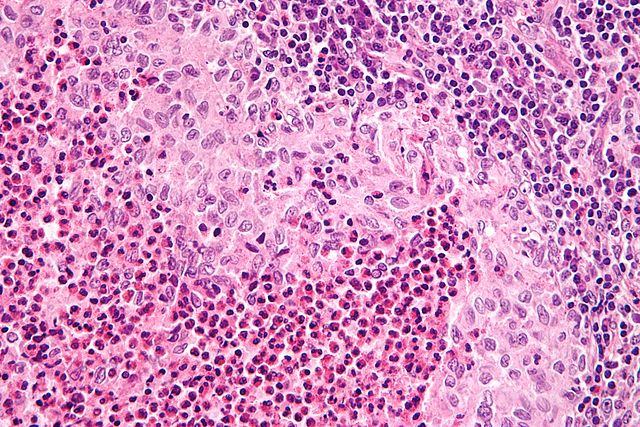 In biological systems, redox reactions occur with the aid of enzymes. Enzymes are efficient catalysts for biochemical reactions. They are protein structures that provide pathways for reactions that would otherwise not take place at all because the energy required is too high, or liberate energy in an explosive reaction and all the energy would be lost (combustion) and none stored.

In biological redox reactions, the process is called cellular respiration. During this process, the enzyme, NAD+ acts as an intermediary, oxidizing the food molecules in a much more controlled fashion than combustion. By using NAD+ and the electron transport chain the oxidation of organic molecules can be linked to the production of ATP rather than just the generation of heat.

For cellular respiration to work, the enzyme must be able to collide with the substrate (the reacting molecule that binds to the enzyme) in the correct orientation. Enzymes have a specific part in their structure that selectively binds with the substrate. This part is called the active site.

Co-enzymes are sometimes required to complete the reaction. They are small molecules that link to enzymes and are essential in enzymatic activity.

Inside the cells, similar types of reactions occur that involve breaking down energy-rich molecules producing Adenosine Triphosphate (ATP) in the process. These reactions are part of the process called cellular respiration.

Breaking down of carbohydrates and combustion of paper both involves the release of energy. In ordinary combustion, energy is released in the form of heat. On the other hand, when carbohydrates are broken down inside the cells, the energy is retained in the form of ATP. This is harvested and stored for later use. The whole process of ATP synthesis inside the cells is called cellular respiration.

Cellular respiration is the process by which cells produce energy through the breakdown of biomolecules like carbohydrates and proteins. The whole process requires oxygen (O2) molecules to occur. In the process, carbon dioxide is released. The most common source of energy in animals is glucose. Glucose can be completely broken down to carbon dioxide and water in a series of redox reactions in the cell.

The whole process of cellular respiration is divided into four phases, namely: 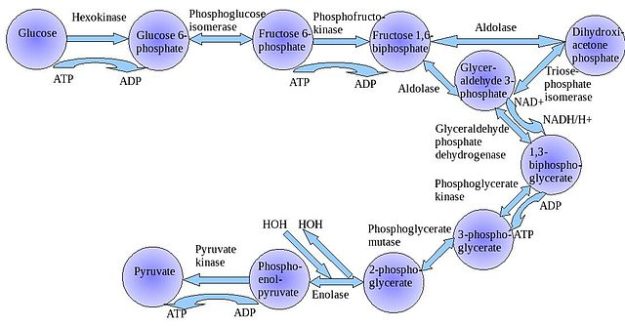 The third phase is the citric acid cycle also known as the Krebs Cycle. This involves matching the 2-carbon acetyl CoA to a 4-carbon molecule to produce the 6-carbon molecule, citrate. The series of reactions involves four oxidation steps where three NAD+  and one FAD are used as the electron acceptor. Each of the acetyl groups from the acetyl CoA is oxidized to produce two CO2 molecules each. In the process, each acetyl CoA molecule produces one ATP molecule each giving the net ATP production of 2 per glucose molecule for this phase. 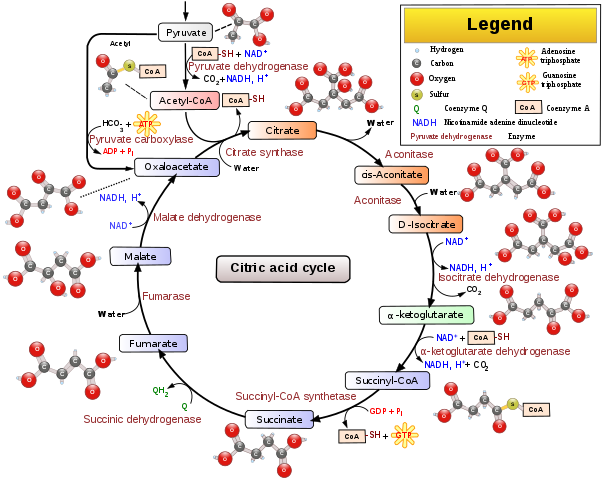 Image: “The electron transport chain in the mitochondrion is the site of oxidative phosphorylation in eukaryotes. The NADH and succinate generated in the citric acid cycle are oxidized, providing energy to power ATP synthase.” by Fvasconcellos. License: Public Domain

Summary of the four phases

The whole process of cellular respiration can produce a total of 36—38 ATP molecules per glucose molecule. For the glycolysis, 2 ATP molecules are produced plus two moles of NADH which when they enter the electron transport chain produces 4 or 6 ATP molecules.