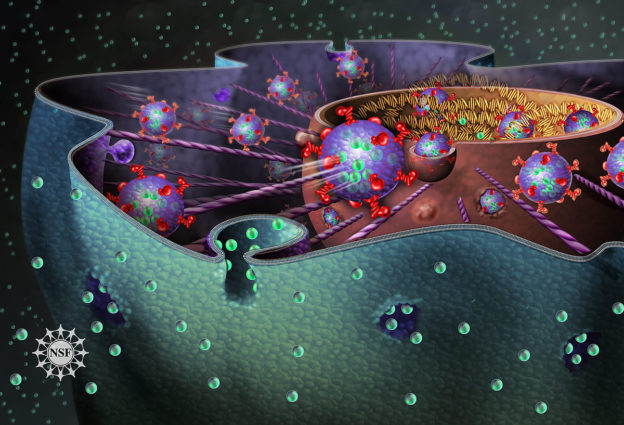 Proposed in 1972 by S. J. Singer and G. L. Nicholson, the fluid mosaic model describes the cell structure as containing phospholipid molecules. Each molecule consists of a negatively-charged polar head, which is hydrophilic, and a fatty acid chain that is uncharged (non-polar tail), which is hydrophobic.

The arrangement of the phospholipid molecules to form the membrane is considered fluid because they have various functional macromolecules embedded in the membrane matrix. It is not regarded as solid because it allows the passage of material through multiple channels in it.

Also, the model is considered mosaic because each membrane may be composed of different parts, consisting of proteins, carbohydrates, and lipids. Depending on the functions that the membrane will serve, proteins may be embedded to serve as channels for molecules to pass through. 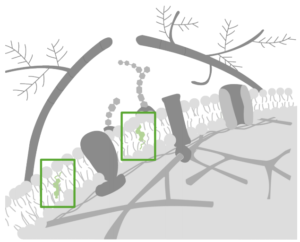 The viscosity of the cell membrane’s lipid bilayer is referred to as membrane fluidity. This is primarily affected by how lipids are packed in the membrane. Membrane fluidity is important because it affects the diffusion and rotation of proteins and other biomolecules within the membrane. It also affects how the molecules function.

Membrane fluidity is affected by several factors, one of which is temperature. Increased temperature in a cellular system causes lipids to acquire thermal energy, causing them to rearrange and making the membranes more fluid. Low temperature causes lipids to organize themselves laterally, leading to good packing. 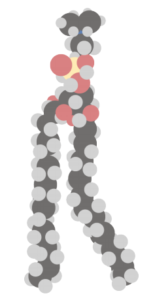 Lipid chains with double bonds are more fluid because the lipids are less likely to pack orderly because of kinks due to unsaturated sites. Membranes composed of this type of lipid have lower melting points, so less thermal energy is needed to make the membranes behave like those composed of saturated lipid chains.

Cholesterol acts as a bidirectional membrane fluidity regulator. At high temperatures, it stabilizes the membrane by raising its melting point. On the other hand, at lower temperatures, it intercalates between phospholipids to prevent them from clustering together.

Cell membrane proteins can play different roles in cellular activity. There are transport proteins, which span the membrane and form channels that allow specific molecules to move into and out of the cell. They may also serve as adhesion proteins that anchor the cell in position in the extracellular matrix. The proteins may anchor other materials inside the cell.

There are also receptor proteins, which bind to specific molecules, causing changes in cell activity.

Recognition proteins in the cellular membranes recognize whether a cell belongs to the host or not. 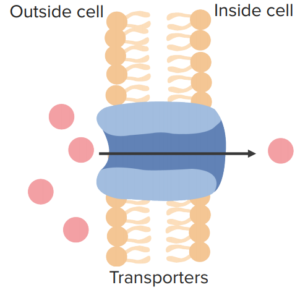 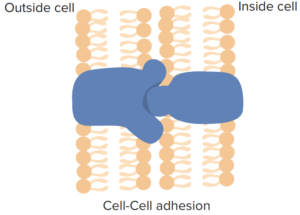 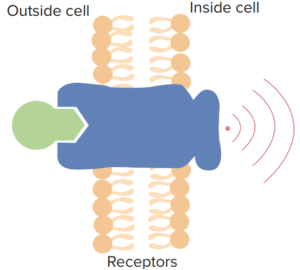 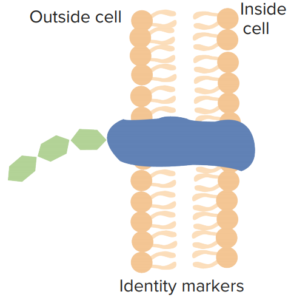 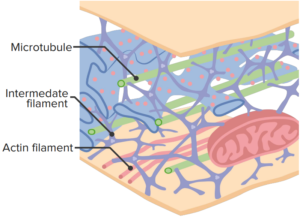 The cytoskeleton is an interior network of proteins composed of interlinked filaments and tubules. It extends throughout the cytoplasm from the nucleus to the plasma membrane. In eukaryotic cells, the cytoskeleton may be in the form of three types of filaments: actin filaments, intermediate filaments, and microtubules. 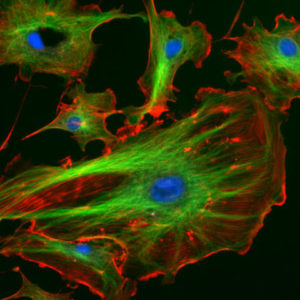 Image: “Endothelial cells under the microscope. Nuclei are stained blue with DAPI, microtubles are marked green by an antibody bound to FITC and actin filaments are labelled red with phalloidin bound to TRITC. Bovine pulmonary artery endothelial cells.” by http://rsb.info.nih.gov/ij/images/. License: Public Domain

Actin filaments are composed of linear polymers of G-actin proteins that can generate force when the growing end of the filament pushes itself against a barrier. They are also called microfilaments because they have the smallest diameter of the three types of filaments, which is typically 7 nm.

Intermediate filaments have diameters averaging 10 nm. They are responsible for maintaining cell shape. They organize internal cell structures by anchoring organelles. They can also participate in cell-cell and cell-matrix junctions. Some common intermediate filaments include keratin, lamin, vimentins, and desmin.

Microtubules have a diameter of 25 nm. They are made up of proteins called tubulin and are particularly important in transportation and mobility. Inside the cell, microtubules play important roles in intracellular transport. They are also present in cilia and flagella that some eukaryotic cells use for movement. They are also formed in mitotic spindles during mitosis.

Two important proteins involved in the cellular movement are kinesins and dyneins. These proteins use energy from ATP hydrolysis in the process, causing movement. Dyneins and kinesin-2 are linked to vesicles and organelles to be transported by a protein complex called dynactin. 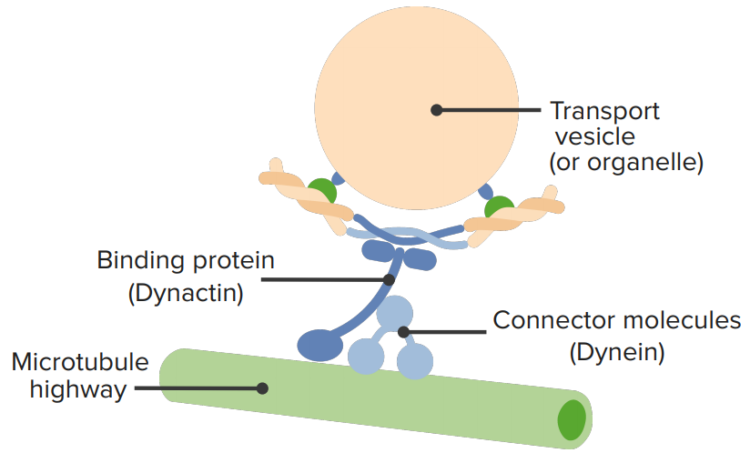 Requirements for transport within a cell. Image by Lecturio

The extracellular matrix (ECM) is a collection of extracellular molecules that the cells produce to provide biochemical and structural support to the surrounding cells. 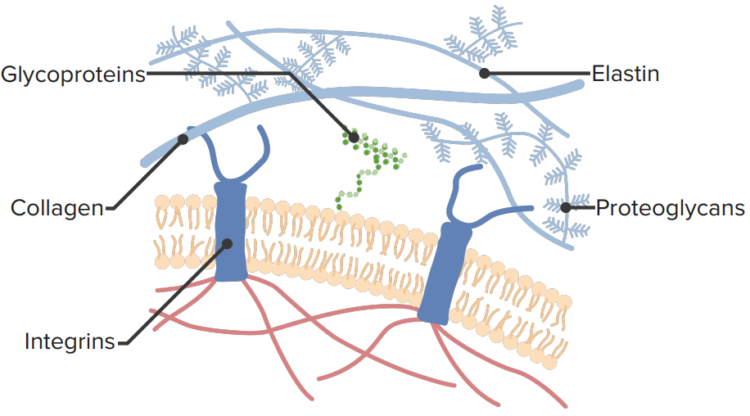 Components of the extracellular matrix. Image by Lecturio

Common functions of the extracellular matrix include cell adhesion, cell-to-cell communication, and differentiation. Animal ECM includes an interstitial matrix and a basement membrane.

The interstitial matrix contains polysaccharide gels and fibrous proteins that act as a compression buffer against stress placed on the ECM.

Basement membranes are sheet-like depositions where various epithelial cells rest. Some examples of ECM are the collagen fibers and bone minerals in bone tissues, reticular fibers and ground substance in loose connective tissues, and blood plasma in the blood.