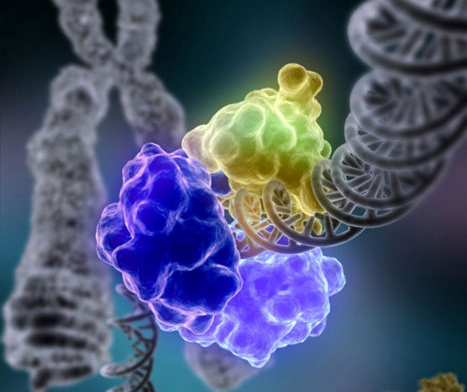 The cell cycle is a vital process that leads to the formation of a fully developed organism from a single fertilized egg. It also plays a significant role in the further regeneration of new cells in a fully grown organism.

Stages of the Cell Cycle

The cell cycle has two main phases, which can be further subdivided into distinct stages:

The G0 phase is the resting period of a cell after exiting the cell cycle. This exit from the cell cycle is temporary and reversible. It is a dormant phase in which the cell remains metabolically active but does not grow, proliferate, or divide. It also has reduced rates of protein synthesis.

A sequence of events takes place during these phases (see table below): 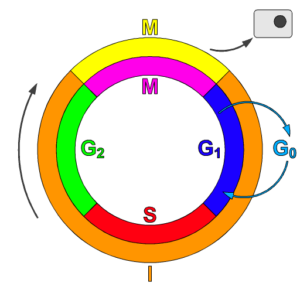 Image: Schematic of the cell cycle. Outer ring: I = interphase, M = mitosis; inner ring: M = mitosis; G1 = gap phase 1; S = synthesis; G2 = gap phase 2. The duration of mitosis in relation to the other phases has been exaggerated in this diagram. By: Zephyris. License: CC BY-SA 3.0

There are 3 checkpoints in each cell cycle:

The G1/S checkpoint, also called the restriction point, is the first integral checkpoint of the cell cycle, located between the G1 and S phase. This checkpoint ensures that the cell has all the essential nutrients to undergo DNA replication. It also decides whether the cell should remain in the G1 phase, enter the G0 phase, or proceed to the S phase.

This decision is based on both internal and external factors. A cell with any deficiency or defect that may hinder the DNA replication will not be allowed to move beyond this stage into the S phase.

After the cell undergoes successful DNA replication in the S phase and is growing in the G2 phase, this checkpoint assesses:

The G2/M checkpoint is regulated by the maturation-promoting factor, which comprises a group of enzymes and proteins called the cyclin-dependent kinase (CNK) complex (see image). 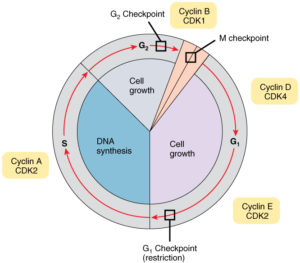 Image: 0332 cell cycle with cyclins and checkpoints. By: OpenStax. License: CC BY 4.0

Once the cell is in metaphase, this checkpoint ensures that:

The presence of tension in the spindles ensures that there is no inhibition of anaphase-promoting complex (APC) so that the cell can enter the next stage, anaphase (see image).

The cell cycle checkpoints consist of a group of protein kinases called cyclin-dependent kinases. The activity of these CDKs is controlled by an array of enzymes and proteins collectively referred to as cyclins. This cyclin-CDK complex is the basis of the checkpoints that regulate the cell cycle.

The activity of CDKs oscillates throughout the cell cycle, leading to the cyclic phosphorylation of proteins that initiate, regulate, or inhibit the events of the cell cycle.

Eukaryotic cells require three of the four classes of cyclins to bind to CDKs:

Cyclin-CDK complexes at play during different phases and checkpoints of the cell cycle are outlined in the table below.

Checkpoints and their Cyclin-CDK Complexes

The G1/S Checkpoint and CDKs 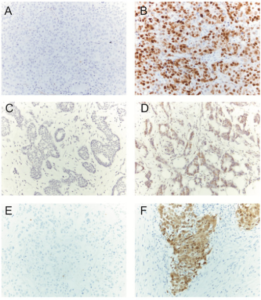 A rise in cyclin D stimulates its binding to CDK4 and CDK6, and this complex results in the phosphorylation of proteins. At the same time, the accumulation of cyclin E induces the formation of a complex with CDK2 that stimulates the cell to enter an irreversible stage of DNA replication.

The G2/M Checkpoint and CDKs

At this checkpoint, cyclin B binds to CDK1, which, in turn, regulates the events and generates the activation of subsequent proteins and the entry of the cell into the mitotic phase.

During this stage, DNA damage is also assessed and, in the case of defective or incomplete DNA replication, activation of CDK1 and CDK2, along with p53, occurs to halt the cell cycle and prevent it from entering mitosis.

The Metaphase/Spindle Checkpoint and CDKs

The tension created within the spindles activates APC, which degrades cyclin B and, in turn, causes a breakdown of proteins (securing, separase, cohesin) that bind the chromosomes together.

Damaged DNA formed during a cell cycle stimulates the activation of the tumor suppressor gene called p53. Commonly known as “the guardian of the genome,” this gene ensures that no cell transfers any damaged DNA into the daughter cells.

If a damaged DNA is sensed at the G1/S checkpoint, it halts the cycle by activating CDK inhibitor, which temporarily stops the cell cycle by binding to the CDK complex until the DNA is repaired, thereby activating the production of DNA-repairing enzymes. These enzymes repair the damaged DNA. If this process fails, the p53 gene allows the cell to undergo programmed cell death.

In cases of a defective or absence p53 gene, damaged and mutated DNA is passed on to the cells and leads to the development of cancer. The mutated p53 gene is responsible for a healthy completion of the cell cycle.

These genes regulate cell growth, differentiation, and proliferation, and tend to inhibit apoptosis. Any mutation in the genes or over-expression will stimulate them to transform into oncogenes, and eventually result in uncontrolled cell proliferation that progresses to cancer.

Some proto-oncogenes include growth factors, RAS proteins, and Src kinase:

These genes actively de-accelerate cell division, manage DNA repair, and guide the cell toward apoptosis. Mutation in this gene will lead to the development of cancer, as damaged DNA accumulates in the cells, preventing apoptosis.

The two-hit hypothesis was first proposed by A.G. Knudson. This hypothesis states that two mutations should occur in both tumor suppression genes to trigger cancer. If one allele is defective, the other will still produce normal protein, and a cancerous tumor cannot form.