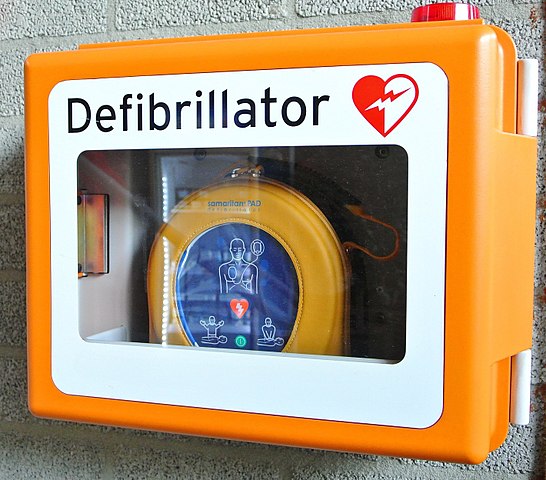 Cardiac arrest is the sudden loss of heart function in a person with or without known cardiac disease. The entity must be differentiated from a heart attack that refers to the compromised blood supply to the heart musculature

Important Principles Related to the Management of Cardiac Arrest

Before we talk about the different medications, algorithms and systematic approaches available for the treatment of cardiac arrest, it is important to emphasize that basic cardiopulmonary resuscitation and early defibrillation for shockable cardiac arrest rhythms are of profound importance for survival. The survival from a cardiac arrest is dependent on the prompt and early application of basic life support and advanced cardiovascular life support algorithms.

Once cardiopulmonary resuscitation is initiated, and defibrillation has been attempted, intravenous access should be established. This can be central or peripheral, and we will discuss the advantages and disadvantages of both lines in the coming section. Administration of drugs can be attempted at this stage.

Note: “ABC” is not used for patients in cardiac arrest. When there are no signs of life, think “CAB”!

If normal breathing is present, check the pulse again—it´s not a cardiac arrest!

Central line access is not needed in most patients. Before considering a central line, one should attempt to insert a large peripheral venous catheter for the infusion of drugs.

The establishment of a central line usually requires the interruption of cardiopulmonary resuscitation, which explains why a peripheral venous line is favorable to a central line in the case of cardiac arrest. A central line refers to the introduction of a flexible tube into the large vessels that drain directly into the heart. This allows infusion of large amounts of supplements and electrolytes but also posses a great danger to the easy introduction of infection to the body.

Ventricular fibrillation is randomly fluctuating, has no pattern and no QRS complexes. Also, there is no mechanical contraction, which means no pulse. It is incompatible with life.

Ventricular tachycardia has a rapid rate (> 100 by definition, usually > 150), wide, bizarre QRS complexes but organized and regular. It may be pulseless, stable or unstable.

Note: Electrical activity on the monitor + no pulse on exam = PEA

Note: Asystole is more commonly a confirmation of death rather than a disease to be treated. Terminate resuscitation when appropriate.

The management of the four arrest rhythms share a common first step which involves the following points:

If a shockable rhythm is identified, the following points should be taken into consideration as the next step in the management:

Once the patient gets a pulse, one should start post-resuscitation care.

During cardiopulmonary resuscitation, the following should be taken into consideration:

The Hs and Ts that are known to be associated with cardiac arrest should be searched for and treated during the cardiopulmonary resuscitation of the patient.

They can be summarized in the following:

Other causes of cardiac arrest may include:

When Should Resuscitative Efforts Stop?

This question is not an easy one. If the patient has clearly expressed his or her decision to not perform cardiopulmonary resuscitation, and the patient was considered as mentally competent at the time of that decision, then this should be respected. 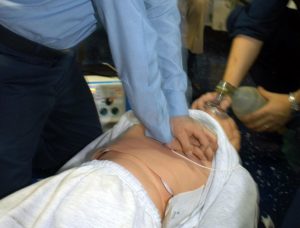 Some common treatments for cardiac arrest should be abandoned because they are not based on good evidence like pacing during asystole. It is not beneficial and should not be performed routinely in patients with asystole. Also, the use of procainamide in ventricular fibrillation and pulseless ventricular tachycardia is supported by a single retrospective study of 20 patients. Therefore, it is still not recommended in the advanced cardiac life support algorithm.

Norepinephrine use in the management of cardiac arrest should be discouraged for two reasons: