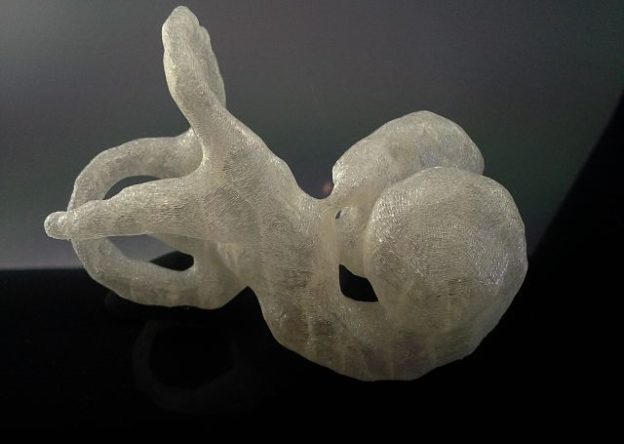 Organization of the Vestibular System

The vestibular system is the sensory system that provides the leading contribution to the sense of balance and spatial orientation for the purpose of coordinating movement with balance. The end organs of the vestibular system dwell in the membranous labyrinth in the inner ear sited in the petrous part of the temporal bone. Final integration of vestibular information is the function of cerebellum, thalamus, and somatosensory cortex.

Each semicircular canal is designed to sense angular acceleration in a particular axis perpendicular to its orientation in space. Thus, the horizontal canal detects motion in the vertical axis, like rotating the head to say ‘no’, while the anterior semi-circular canals perceive acceleration in the sagittal plane. This occurs, for example, when nodding your head (anteroposterior movement). The posterior semicircular canal detects rotation of the head around a rostral-caudal (anterior-posterior) axis, or in other words rotation in the coronal plane. This occurs, for example, when the head moves to touch the shoulders), or when doing a cartwheel. 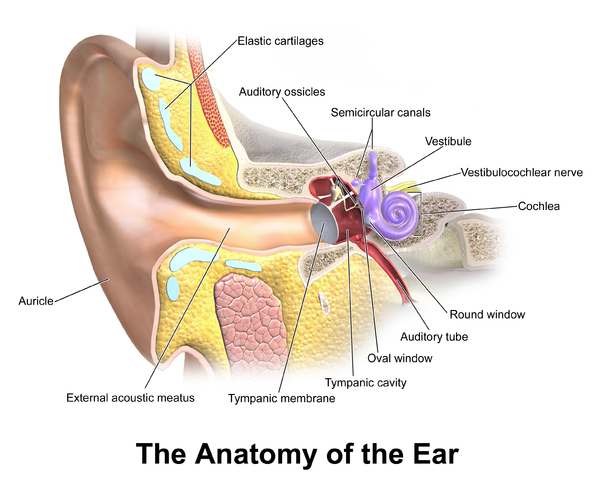 The horizontal canal is oriented at about 30 degrees from the horizontal axis, while the vertical canals are aligned at right angles to each other.

Each semicircular canal has a dilated end called ampulla. Each ampulla nests an elevated crest is known as crista ampullaris, which consists of hair cells with an overlying thick gelatinous cap termed as the cupula.

Each semicircular canal contains endolymph. The hair cells consist of a single kinocilium surrounded by about 40-70 stereocilia. The motion of the stereocilia relative to the kinocilium determines the polarity of the hair cell.

Movement of the endolymph during angular acceleration results in bending of the cupula against the hair cells. Subsequently, the stereocilia move toward the kinocilium and the hair cells of the crista ampullaris will depolarize with consequent activation of the vestibular nerve fibers.

The canals on the two sides work in a complementary counter-regulatory mode. Also known as the push-pull system, it encompasses crossed coupling of the canals. Excitatory stimulus for anterior canal on one side curbs signals from the contralateral posterior canal. This arrangement ascertains detection of motion in a very specific and sensitive manner.

The otolith organs are present in the vestibulum. The saccule detects vertical acceleration, whereas the utricle responds to acceleration in the horizontal plane.

The sensory epithelium is known as macula. The macula consists of hair cells, kinocilium, and stereocilia as in the semicircular canals, with an overlying fibrous membrane called otolithic membrane.

The presence of entrenched calcium carbonate crystals “otoconia” gives the latter its name. Shearing forces generated by relative motion between the otolithic membrane and the hair cells stimulate the nerve endings.

Axons travel to the vestibular nucleus in the floor of the fourth ventricle through superior and inferior vestibular nerves. 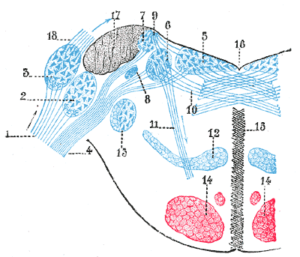 Lateral to the sulcus limitans in the floor of the fourth ventricle, the superior and lateral nuclei are positioned in the pons, while the inferior and medial nuclei are situated in the rostral medulla.

The central connections from the vestibular nuclei can be tabulated as follows:

Described by Robert Barany in 1906, the caloric reflex test is a test of responsiveness of the lateral semicircular canals. The objective “electronystagmography” test battery comprises of oculomotor evaluation, positioning test, and the caloric test.

There are many variants of this test. The oldest and classically described is the bithermal stimulation test. Hot and cold water irrigation is sequentially carried out in each ear.

The patient is positioned with his head inclined to about 30 degrees to make the lateral semicircular canal horizontal. Water is designated “hot” when it is about 7 degrees above body temperature and “cold” for about 7 degrees below body temperature. The irrigation is stopped after about 30-40 seconds and one looks for nystagmus while deliberately diverting the attention of the patient. 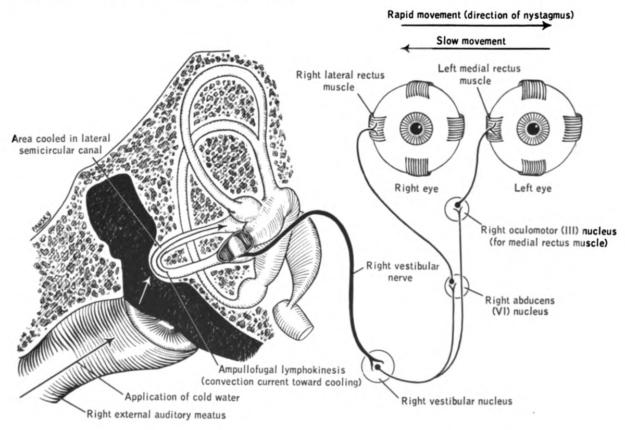 Nystagmus progressively increases for the next 40-60 seconds and then ebbs over the next few minutes. A rest period of a few minutes is reserved between 2 sequential irrigations. Eye movements are recorded and then the test results are interpreted as follows:

The direction of flow of the endolymph in the semicircular canal determines the polarity of the hair cells and their subsequent response. Thus, endolymph flow towards the hair cells stimulates them, whereas flow away results in inhibition.

However, the vestibulo-ocular reflex is a primitive brainstem response and is normally inhibited by the cortex in a conscious patient. Saccades, or successions of discontinuous individual eye movements generated by the frontal cortex counteract the tonic deviation response of the vestibular system to continue fixation of a moving object.

The interpretations of the caloric test in these myriad perspectives can be easily memorized as follows:

To simply remember: in conscious patient remember COWS: Cold water leads to Opposite sided nystagmus and Warm Same side.

In case of vestibular dysfunction, the anticipated nystagmus response would not be obtained.

The caloric reflex test is also a marker of brainstem integrity. It is a vital assessment tool in the battery of tests used to confirm brainstem functions before declaring a patient brain dead. The implications of this test in transplant medicine cannot be over-emphasized.

The PPRF (pontine paramedian reticular formation) is the center for the horizontal gaze. The supranuclear gaze centers function harmoniously and in a coordinated fashion to ensure macular fixation irrespective of movement of the object, head or the eyes. 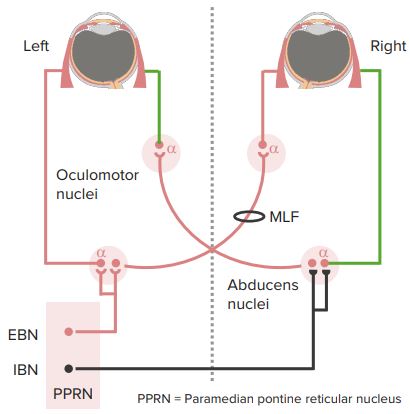 This is in accordance with the Hering law of equal and reciprocal innervations to the paired “yoked” muscles.

Lesion of the MLF causes internuclear ophthalmoplegia. A medial pontine lesion causes damage to the ipsilateral PPRF and the crossing MLF leading to “One and a half syndrome”.

The vestibular system conveys critical information instrumental in maintaining orientation and balance of the body.

In the caloric test, hot water stimulation of the ear in a conscious patient results in nystagmus directed to the same side. The caloric test is not only a measure of vestibular function but also of brainstem integrity.

The horizontal gaze is controlled by ipsilateral PPRF and contralateral FEF.