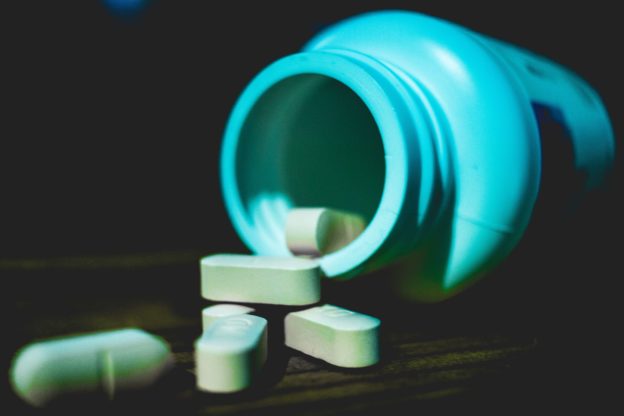 Photo by Jonathan Perez on Unsplash

Calcium channel blockers are subdivided into two categories: the dihydropyridines and the non-dihydropyridines. Their main difference is the area at which their effects can be seen.

Dihydropyridines: mainly target system vasculature, producing systemic vasodilation -> decreasing afterload on the heart. This can develop into reflex tachycardia (due to the drop in blood pressure [from the systemic vasodilation, especially in arteries and the heart’s work to maintain pulse pressure. These drugs include (brand name):

Note: Dihydropyridines have names that end in –dipine.

Non-dihydropyridines: these are further divided into other groups:

Verapamil predominantly has a direct effect on the heart. Diltiazem has an effect on the myocardium as well as peripheral vessels.

Notice: Dihydropyridines affect the peripheral vessels, while verapamil acts predominantly on the heart.

The effect on the L-type calcium channel

This effect is rare with diltiazem or verapamil (because they work mainly on the heart); instead, they have a negative chronotropic effect, slowing down the transition of action potentials at the AV node. Therefore, they are used in antiarrhythmic therapy of atrial fibrillation to slow down the ventricular rate.

The most common adverse effects include headaches, peripheral edemas, excessive hypotension, and flushing. An important adverse effect is reflex tachycardia, which is mainly associated with nifedipine. This effect may aggravate existing heart conditions from increased cardiac work. Long-acting dihydropyridines are safer as anti-hypertensive drugs and more effective for angina than short-acting ones.

The most common adverse effects are bradycardia and type I AV block. It can also cause depressed contractility and interfere with the action of beta-blockers.

Dihydropyridines are used to treat arterial hypertension as well as vasospastic angina (Prinzmetal angina). They are also used to treat coronary spasms, migraine headaches,  Raynaud’s phenomenon, cerebral vasospasm, and cerebrovascular insufficiencies. Substances with a long half-life period, like amlodipine (35-50 hours), are preferred for regular use. In contrast, nifedipine has a half-life period of about two hours and, hence, a short effect duration.

Indications for diltiazem and verapamil

Diltiazem and verapamil are used to treat arterial hypertension, stable angina, and hypertrophic obstructive cardiomyopathy. They are also used as a treatment for supraventricular tachycardia (they are a type IV antiarrhythmic) and cardiac infarction.

Verapamil has a distinctive first-pass effect. Its bioavailability is only 10–20% and can also only be increased to 35–40% during constant use. It is effective in the treatment of supraventricular arrhythmias.

Caution should be used in patients with cardiac insufficiency. Contraindications include an acute coronary syndrome (up to four weeks after myocardial infarction), persistent bradycardia hypotension, aortic stenosis, or pregnancy.

Contraindications include AV block (grade II and III), sick sinus syndrome, conduction defects, and decompensated cardiac insufficiency. Pre-excitation syndromes are also contraindications, especially verapamil because it promotes the occurrence of re-entries. They also interfere with the action of beta-blockers. Diltiazem and verapamil must not be prescribed during pregnancy or nursing periods.

1. What is the advantage of therapy with amlodipine compared to the application of other dihydropyridines?

2. What is a contraindication for the application of verapamil?

3. What belongs least to the adverse effects of dihydropyridines?