Bipolar Disorder — Classification and Therapy | Medical Library
Are you more of a visual learner? Check out our online video lectures and start your psychiatry course now for free! 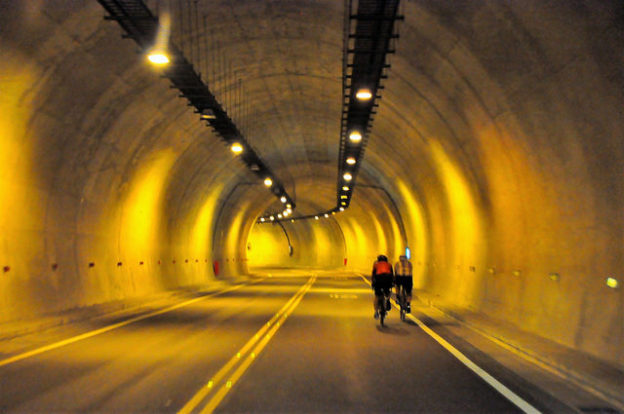 Bipolar disorder is a psychiatric illness that is characterized by fluctuating periods of low mood (depression) and periods of elevated mood (mania/hypomania). Therefore, it is also known as manic-depressive illness (MDI) or bipolar affective disorder.

These episodes occur several times a year or rarely one episode or none in a year. These may consist of:

Defined by at least one manic episode and often accompanied by depressed or hypomanic periods.

Alternating periods of hypomania and periods with mild to moderate depressive symptoms over the course of two years.

Bipolar disorder has an average worldwide prevalence of 1—3 %. The disease manifests clinically in early adulthood with the mean age of 21 years and it is rare beyond 40 years of age.

Bipolar disorder has no racial or sexual predisposition, although there seems to be a female preponderance for bipolar II or hypomania.

The bipolar affective disorder can be classified into:

Bipolar disorder is thought to arise from environmental influences in individuals who are genetically predisposed to develop the disease due to genetic mutations. These people have structural and biochemical abnormalities that are easily tipped over into bipolar disorder by an array of environmental triggers. The influencing factors can be grouped into:

Persons with a first-degree relative having a bipolar disorder have a seven-fold increase in developing the disease. They also have an increased chance of developing other mood disorders, especially depressive disorders.

Patients with genetic risks thought to have certain structural and biochemical abnormalities leading to the development of the disorder, for instance, a decrease in the amount and availability of certain neurotransmitters within the brain.

The environmental factors exacerbate the genetic and biological defects in these patients. These factors include childhood abuse, exposure to long-term stress and pregnancy.

Antidepressant use may precipitate bipolar and manic episodes in high-risk patients.

Bipolar disorder presents with features that characterize the manic episode, hypomanic episode, depressive episode, or a mixed picture. The disease may also present with other additional features such as:

The patient has at least three features of disturbed mood with elation, irritability, and expansiveness for at least one week.

They are like features of a manic episode but do not cause any noticeable symptoms at social places such as work and school.

The episode is referred to as hypomanic if the symptoms are seen for at least 4 days, but not long and severe enough to be labeled maniac type.

This episode is indicated by the presence of five or more symptoms during the same 2-week period, which includes:

Although bipolar disorder is a clinical diagnosis, the relevant workup is performed to rule out organic disorders that may mimic this condition. They include:

Sometimes, other tests may be needed depending upon the patient’s history and risk factors, such as:

Neuroimaging, e.g. MRI scan or CT scan of the head, may be needed if there is a focal neurological deficit or the patient is having atypical symptoms or the condition has occurred in very young or older individuals.

Treatment of bipolar disorder should begin with the identification of the condition and preventing harm to self and others.

The further treatment is based on the presenting symptoms and severity of the episode. The modalities of treatment include the following:

It is indicated for moderate to severe disease that requires hospital admission in the acute phase of treatment. Several classes of drugs exist and selection is based on:

The drugs are mainly administered for mood stabilization and control of psychotic episodes. The groups of drugs to select from include:

It is the treatment of choice for mild disease and mainly undertaken in the outpatient setting. The forms of psychotherapy include:

A combination of psychotherapy and pharmacotherapy is often considered in the successful management of the bipolar disorder.

ECT is considered in a situation where there is refractory disease despite treatment and in severe symptoms. It is a safe and effective method of treatment.

Course and Prognosis of Bipolar Disorder

Morbidity and mortality are mainly associated with suicidal and homicidal tendencies. 25 – 50% of the patient’s attempt suicide and about 11% are successful. The patients also exhibit higher mortality rates compared to the general population.

The disease can be prevented/controlled by early initiation of medication, early psychological counseling to avoid stresses in early life and lifestyle changes such as dietary modification and increase in exercise activity to reduce the impact of stress.