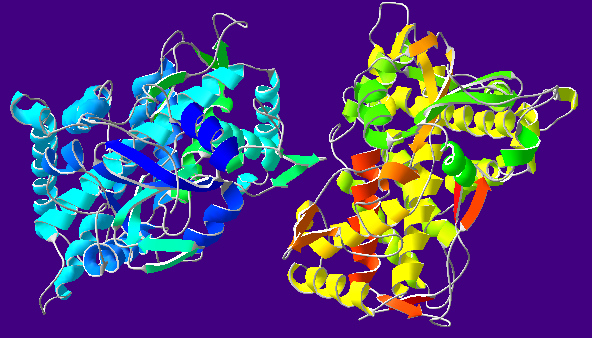 Drugs can be eliminated from the systemic circulation unchanged by renal excretion (e.g. benzylpenicillin, aminoglycosides, metformin etc.); fully transformed and excreted only as metabolites (e.g. phenothiazines, chloramphenicol etc.); or both unchanged and as metabolites (e.g. salicylates, acetaminophen etc.).
The primary site of biotransformation is the liver. Other tissues such as intestinal mucosa, colon, placenta, adrenals, etc. also contribute to biotransformation. Biotransformation can make the drug inactive, but can also produce another pharmacologically active drug that has a more or less or equal activity as the parent drug; it can even produce compounds that are toxic. Some examples are :

The pathways of drug metabolism can be categorized into phase I and phase II (and sometimes phase III) reactions: 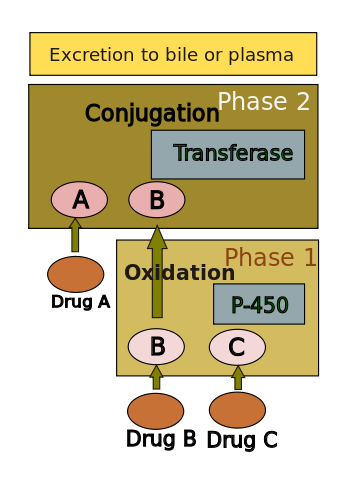 Phase I reactions, also known as functionalization reactions, involve the transformation of lipophilic drugs into a more water-soluble compound. This occurs by introduction of a polar group, such as hydroxyl (-OH), amine (-NH2), and sulfhydryl (-SH) groups.

For example, phenylbutazone is a benzene compound. An -OH group is added to one of the benzene rings, yielding a para-hydroxylated product known as oxyphenbutazone. Phase I reactions are primarily catalyzed by cytochrome P450 (CYP) enzymes. Other enzymes involved in phase I reactions and examples of their substrates are as follows:

Many phase I metabolites are not sufficiently polar to be directly excreted by the kidneys. These compounds are then subjected to phase II reactions, also known as conjugation or substitution reactions, which involve the conjugation of compounds such as organic acids (glucuronic acid, sulfuric acid, acetic acid, etc.) to the polar group to make the compound highly water soluble and, usually, pharmacologically inactive.

If a drug already possesses a polar group, it may directly undergo phase II reaction, thus bypassing the phase I reaction. The reactions are catalyzed by a group of transferase enzymes that are often non-specific. The most dominant enzymes are uridine 5′-diphosphate (UDP)-glucuronosyl transferases (UGTs).

The most important conjugation pathway is glucuronidation, and perhaps the most notable example is morphine: it undergoes glucuronidation to become morphine-6-glucuronide, which is more potent than morphine.

Other pathways and examples are listed in the following table:

A typical example is enalapril, which gets converted by hydrolysis into its active form enalaprilat. In fact, most other ACE inhibitors are prodrugs—Benazepril, fosinopril, moexipril, perindopril, quinapril, ramipril, and trandolapril—and get converted to their active form in the liver via hydrolysis.

Other examples include L-dopa, cyclophosphamide, bacampicillin, bambuterol, chloramphenicol succinate, dipivefrin, fosphenytoin, pralidoxime, etc. In the presence of CYP inhibitors, a prodrug that gets converted to its active form by CYP enzymes will show considerably diminished activity because of reduced amount of conversion. 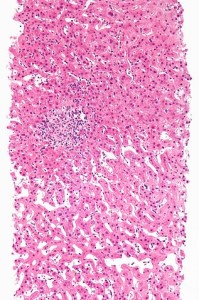 CYPs are present mainly in the liver. Metabolism of certain drugs by CYPs leads to production of toxic metabolites that can cause hepatotoxicity.

Acetaminophen (also known as paracetamol) and halothane are well-known examples of hepatotoxic drugs, by the production of toxic metabolites N-acetyl-p-benzoquinone imine and 1-chloro-2,2,2-trifluoroethyl radical, respectively. Other NSAIDs such as diclofenac also induce hepatotoxicity by CYP-medicated mechanisms.

In addition to drug distribution and elimination, drug metabolism also affects the dose and frequency of drug administration. Many factors can affect the rate of biotransformation, including biological factors relating to variation among individuals. The study of interindividual variation in drug response is known as pharmacogenetics. Some of the inter- and intra-individual factors are as follows:

Gene influence is known as genetic polymorphism. A variant allele of a gene can affect the enzyme levels or the functional activity of the enzyme, or both, thereby leading to variation in the expected response of the drug (in terms of efficacy and/or adverse effects). Obviously, this requires titration of the dose, especially for drugs with narrow therapeutic windows.

Depending on the allele an individual may be a poor or slow metabolizer of a drug (e.g. slow acetylators of isoniazid). Such individuals may be hyperreactive to the drug. On the other hand, higher levels of the enzymes may cause individuals to be a fast metabolizers (e.g. fast acetylators of isoniazid), sometimes leading to non-reactivity to the drug. This genetic variation also shows ethnic diversity: while almost equal number of whites and blacks are slow and fast acetylators, slow acetylators are predominant in Japanese and Eskimo populations.

Succinylcholine is usually rapidly metabolized by pseudocholinesterase, and this activity lasts for 5 min. In rare cases, this is metabolized very slowly, to the extent that the duration of action of one dose can last for a few hours.

Another example is codeine, which is metabolized by the CYP2D6 enzyme into its active metabolite morphine. However, some individuals carry two inactive copies of the CYP2D6 gene (poor metabolizers); therefore, they are unable to derive any pharmacological effect from codeine. On the other hand, there are individuals who are ultrarapid metabolizers of codeine (because they carry more than two copies), thereby leading to symptoms of drug overdose even from a usual dose of codeine. (Note that most individuals are extensive metabolizers, with two CYP2D6 copies, and some are intermediate metabolizers, with one copy).

Other factors include physical and chemical properties of the drug as well as factors that inhibit or enhance drug metabolizing enzymes. 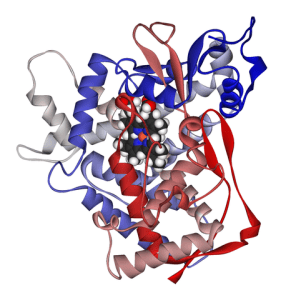 Cytochrome P450 (or CYP450) are a group of proteins. Although there are many enzymes in this family, about six of them (CYP1A2, CYP2A6, CYP2B6, CYP2C9, CYP2D6, CYP2E1 and CYP3A4) metabolize most of the drugs. In fact, CYP3A4 alone metabolizes around 50 % of all drugs metabolized by the liver.

CYPs are the important targets for drug interactions. Knowledge of these interactions is crucial when more than one drug is being administered to a patient, especially, for example, in older people who are often subjected to polypharmacy.

Some drugs are metabolized largely or exclusively by only one CYP. E.g. phenytoin (by CYP2C9) and halothane (by CYP2E). Some other drugs can be metabolized by several CYPs. E.g. acetaminophen (by CYP2E1, CYP1A2, and CYP3A4) and dextromethorphan (by CYP2D6 and CYP3A4).

Interactions of CYP450: Induction and Inhibition

Interaction with CYP450 can be through one of the following mechanisms:

Consequences of increased drug metabolism are as follows:

E.g., rifampicin, an antitubercular drug, induces the metabolism of the anti-HIV drug class protease inhibitors; this considerably reduces their efficacy. As mentioned, many drugs are metabolized by CYP3A4. Therefore, it is crucial to know at least the most common inducers of this enzyme. These are barbiturates, carbamazepine, corticosteroids, efavirenz, phenytoin, rifampin, pioglitazone, St. John’s wort.

Other examples of CYP inducers are as follows:

Contrary to CYP induction, inhibition of CYP enzymes would lead to increase in the drug’s concentration, pharmacological activity, and duration of action (of course, if the drug is activated by CYP enzymes, then CYP inhibition will reduce the drug’s activity). Inhibition is usually due to competition; however, certain drugs such as ketoconazole inhibit CYP without being metabolized by it.

Erythromycin, ketoconazole, and ritovarin are important inhibitors as they inhibit several isoenzymes. Natural substances can also inhibit CYP enzymes, e.g. furanocoumarins present in grapefruit inhibit CYP3A4. The inhibitors of CYP3A4 and other CYP enzymes are indicated in the following table:

Certain drugs (or their metabolites) bind irreversibly to the CYP enzymes, thereby inhibiting them. Such drugs are known as suicide inhibitors. Important examples of suicide inhibitors are spironolactone, ethinyl estradiol, allopurinol, propylthiouracil, fluroxene, and secobarbital.

P-glycoprotein (P-gp), also known as multidrug resistance protein 1 (MDR1) or ATP-binding cassette sub-family B member 1 (ABCB1) or cluster of differentiation 243 (CD243), is an important modulator of intestinal drug transport, i.e. its function is to pump drugs out of the cells in the intestinal mucosa back into the lumen. In this way, it participates in presystemic elimination. Therefore, if a drug inhibits intestinal P-gp, it would act like a drug metabolism inhibitor and increase the drug activity and bioavailability.

P-gp inhibitors include verapamil and grapefruit (furanocoumarin). Important drugs that are normally expelled by P-gp (and are therefore potentially more toxic when given with a P-gp inhibitor) include digoxin, cyclosporine, and saquinavir. If P-gp inhibitors are administered along with a CYP (or other enzyme) inhibitor, then the concentration of the drug may reach toxic levels.

Chapter 5, Biopharmaceutics and Pharmacokinetics by By Brahmankar DM, Jaiswal SB