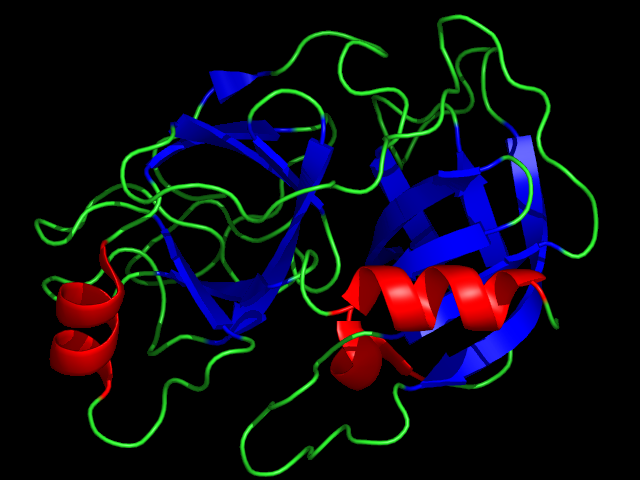 Understanding the structure of a given protein is key to deciphering its function. Like the other major biological macromolecules, nucleic acids and polysaccharides, proteins are polymers of smaller units. Unlike many nucleic acids, proteins do not have a uniform, regular structure. This is because the 20 kinds of amino acid residues from which proteins are made have widely differing chemical and physical properties.

The sequence in which the amino acids are strung together to form proteins can be analyzed directly, or indirectly via DNA sequencing. In either case, amino acid sequence information provides insights into the chemical and physical properties of proteins. Additionally, their relationships to other proteins, and ultimately their mechanisms of action in living organisms can be determined.

Controlled conditions, such as pH and temperature, are required for protein purification. Failure to control the pH of the solution most often results in the denaturation of proteins. Additionally, the thermal stability of proteins varies depending on the protein being studied. Proteins can be purified on the basis of their charge, polarity, size, binding specificity, and solubility.

Differences in solubility permit proteins to be concentrated and purified by salting out. The phenomenon is primarily a result of the competition between the added salt ions and the other dissolved solutes for molecules of solvent. At very high salt concentrations, so many of the added ions are dissolved that there is significantly less bulk solvent available to dissolve other substances, including proteins.

Binding affinities of proteins depend on the presence of other ions that compete with the protein for binding to the ion exchanger and on the pH of the solution, which influences the net charge of the protein.

Analysis of a protein’s sequence begins with end-group analysis, to determine the number of different subunits and the cleavage of disulfide bonds.

The N-terminus of a polypeptide can be determined by several methods. The fluorescent compound dansyl chloride reacts with primary amines to yield dansylated polypeptides. The treatment of a dansylated polypeptide with aqueous acid at high temperature hydrolyzes its peptide bonds. This sets the dansylated N-terminal residue-free, which can then be separated chromatographically from the other amino acids and identified by its intense yellow fluorescence

Edman degradation uses cleaved polypeptides whose fragments are suitable for sequencing. Residues are removed, one at a time, from the N-terminus. Peptides can also be sequenced by mass spectrometry.

Polypeptides that are longer than 40—100 residues cannot be directly sequenced and must, therefore, be cleaved, either enzymatically or chemically, to specific fragments that are small enough to be sequenced. Proteases differentially cleave either internal peptide bonds or the N/C-terminal residues depending on their cleavage requirements.

The digestive enzyme trypsin has the greatest specificity and is, therefore, the most valuable member of the arsenal of endopeptidases used to fragment polypeptides. It cleaves peptide bonds on the C side (toward the carboxyl terminus) of the positively charged residues arginine and lysine if the next residue is not proline. Several chemical reagents promote peptide bond cleavage at specific residues. The most useful of these, cyanogen bromide (CNBr), cleaves on the C side of methionine residues.

A protein’s sequence is then reconstructed from the sequences of overlapping peptide fragments and from information about the locations of disulfide bonds. The sequences of numerous proteins are archived in publicly available databases.

Find the amino acid sequence of a pentadecapeptide using the following information:

C-terminal analysis revealed that glutamine was the C-terminus of the pentadecapeptide.

Step 1: Arrange the given information and change the amino acids to their one-letter abbreviations to make things easier for you.

(Note that bold letters are information that can be deduced from the given information.)

From the given information, the N-terminus for the uncleaved peptide is phenylalanine (F), and the C-terminus is glutamine (Q), so you can place those in their respective places. Probable alignment of fragments:

Step 3: Align your fragments into an arbitrary pentadecapeptide using your probable alignment.

Step 4: Check your work using what you know about peptide cleavage reagents and enzymes.

CNBr would cleave at the following sites:

Trypsin would cleave at the following sites:

Step 5: Ask yourself if this alignment of residues makes sense, and if any of your unknowns conflict with each other.

Glycine and alanine are both nonpolar residues, and would not interfere with CNBr or trypsin cleavage; however, you know that proline cannot be the next residue on the C-side of a tryptic cleavage.  Therefore your most probable sequence of amino acid residues for the pentadecapeptide is:

A heptapeptide is cleaved into a dipeptide and a pentapeptide by cyanogen bromide and into a tripeptide and a tetrapeptide by treatment with trypsin. The tripeptide produced by tryptic hydrolysis, but not the tetrapeptide, absorbs light at 280nm. Given these experimental results, which of the following is the most likely sequence of amino acid residues in the peptide sample?

Step 1: Rule out sample heptapeptides that do not follow the mechanism of CNBr cleavage and form a dipeptide and pentapeptide.

Step 2: Rule out sample heptapeptides that do not follow the mechanism of cleavage by trypsin and form a tripeptide and a tetrapeptide.

Remember that trypsin cleaves on the C side of lysine and arginine residues, except when proline is the next residue.

Step 3: Find the peptide that possesses a tripeptide fragment produced by tryptic hydrolysis that would absorb light at 280nm.

Given the following pKa values: 2.0 for the C1 carboxyl group of an amino acid; 4.0 for a side-chain carboxyl group; 9.5 for an α-amino group; and 12.5 for a guanidino group – the best estimate for the net charge of the peptide Glutamate-Glutamine-Arginine-Valine at pH = 12.5 is:

Step 1: Draw out the peptide with the R groups, as well as the N and C-terminal functional groups.

Step 2: Assign charges on the R groups and N and C-terminal functional groups based on their pKa’s in a pH of 12.5.

Step 3: Add up your charges.