Nevus is a non-specific term for a pigmented skin lesion. Nevi occur when there is a benign or dysplastic proliferation of melanocytes. Melanocytes are melanin-producing dendritic cells found within the epidermis and dermis. Nevi are further classified as congenital, acquired, or dysplastic. Congenital and acquired nevi are generally benign with low malignant potential. Dysplastic nevi are associated with a 3 to 20-fold risk of transforming into melanoma. 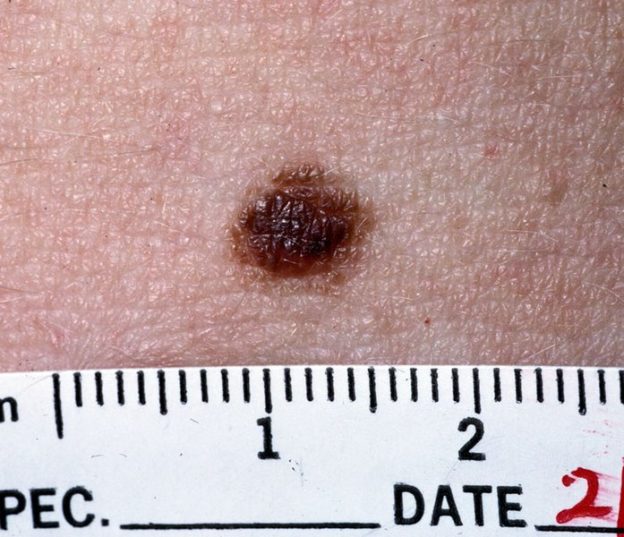 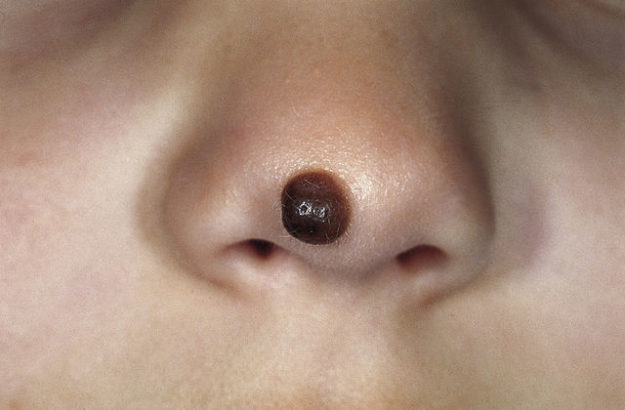 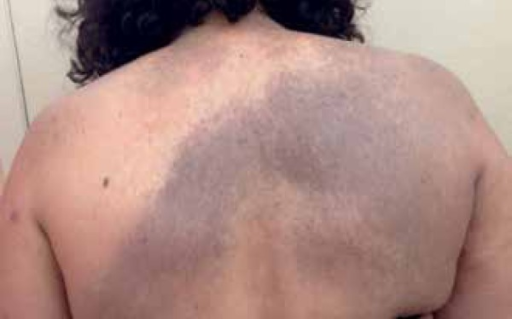 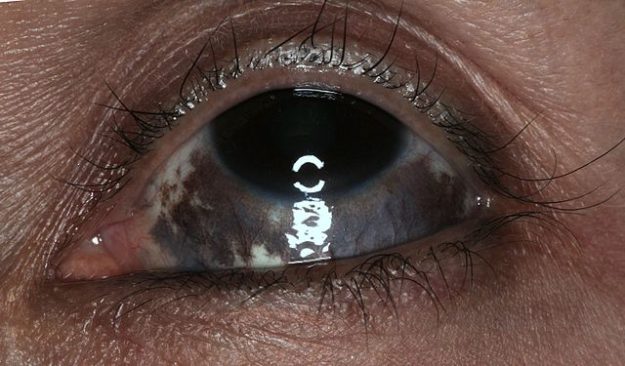 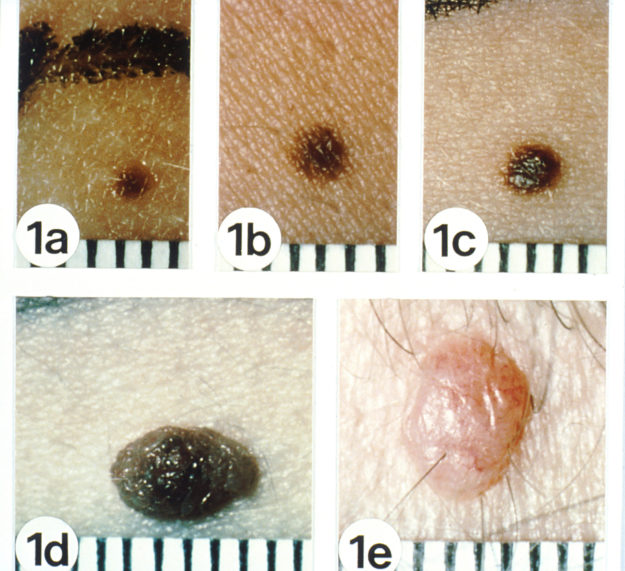 Image: Natural history of acquired melanocytic nevi. Ordinary nevi begin as uniformly tan or brown macules, 1 to 2 mm in diameter (a), expand to a larger macule (b), progress to a pigmented papule that may be minimally (c) or obviously (d) elevated above the surface of the skin, and terminate as a pink or flesh-colored papule (e). These lesions are junctional (a,b), compound (c,d), and dermal (e) nevi, respectively. Note their smooth borders and clear demarcation from the surrounding skin. By Unknown author. License: Public Domain 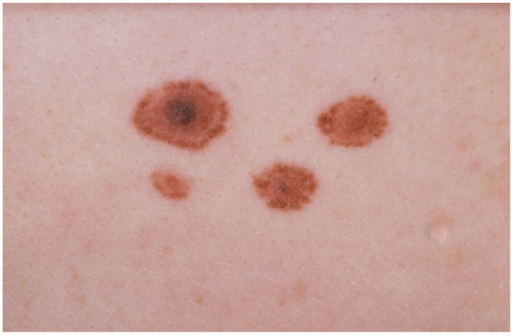 Image: Classical example of an atypical nevus with asymmetry, color irregularity and a diameter of more than 5 mm. By W. Bergman. License: CC BY-SA 3.0 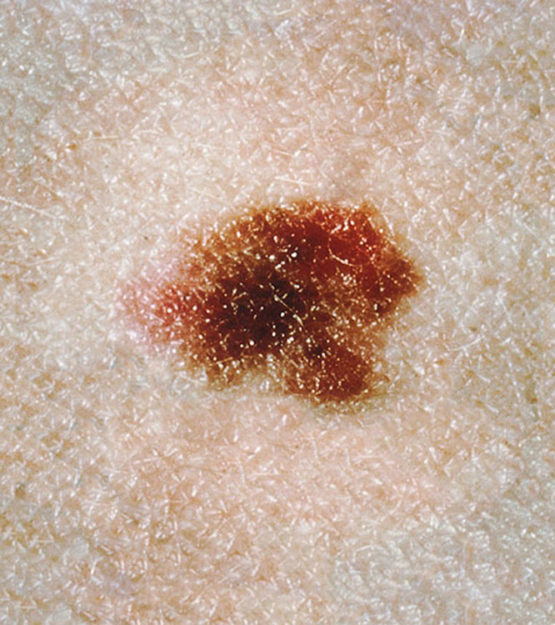 Image: Dysplastic Nevi. This large (7 by 11 mm) macular lesion displays an irregular, scalloped border, which is indistinct in some areas. In addition to hues of tan and brown, several pink areas (arrows) are present. The presence of pink colors in the macular portion of a melanocytic nevus is quite distinctive for dysplastic nevi. By National Cancer Institute. License: Public Domain