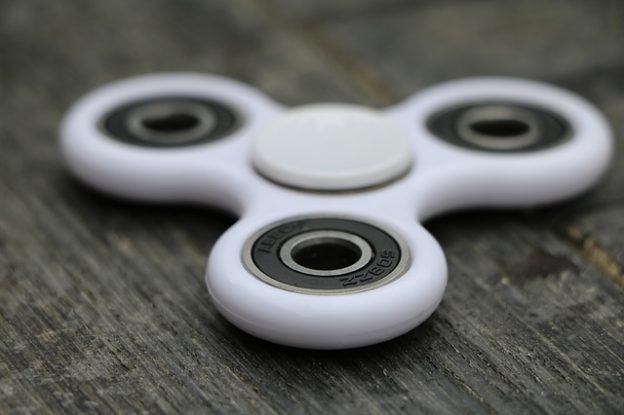 It is a neurodevelopmental disorder characterized by problems of paying attention, excessive activity, and inappropriate behavior for the person’s age. In simple terms, as the name suggests, patients are hyperactive with short spans of attention.

The disease is characterized by three variations in the symptomatic presentation:

These patients usually act quickly without thinking, they have trouble concentrating in school/learning institutions, while the impulsiveness and talkative behavior leads to social segregation.

The magnitude of neurodevelopmental derangement is so severe that it leads to a compromised social, economic, and educational impact.

The disease affects about 8–12 % of children in the world, while the worldwide adulthood prevalence is 4–5 %. It is a disease of childhood with the hyperactive subtype being the most common in those aged 7–12 years. 15–20 % of the children will carry the disease into adulthood. Boys are more affected than girls with a male: female ratio of 5:1 seen in the occurrence of the disease.

The combined subtype of the disease is the most common form, the inattentive subtype is more common among girls, while the hyperactive subtype is more common in boys.
In the United States, the incidence was 11 % in the year 2011, with a constant rise in the prevalence of the disease that has been seen over the last decade. Literature shows that it is a disease of school-going children.

The risk of developing the disease increases with:

The disease arises from exposure to risk factors mentioned above leading to slow development of the disease. It also arises due to genetics: Attention deficit hyperactive disorder is thought to be a familial disease where children have 2–8 times the risk of developing the disease if born to affected parents. The genetic mutations that are incriminated, include genes that encode for dopamine receptors such as DRD4, DRD5, DAT, DRH, 5-HTT, and 5 HTR 1B.

Intrauterine toxin exposure to mutation inducing toxins, such as chemicals in food additives and cigarette smoke taken by the mother, predisposes the fetus to toxin exposure thus leading to DNA damage and possible mutations that cause an alteration in neurobehavioral development.

Perinatal hypoxic/ischemic brain injuries that damage the neurohormonal mechanisms of the brain. Personality factors that naturally predispose some children to suffer from the disease. Toxin exposure at a young age, such as lead in water and soils, leading to neurohumoral brain damage.

Pathophysiology and Embryological Rotation of the Gut

Significant impairment in functioning in at least 2 settings due to impulsivity, inattention and/or hyperactivity.

Several theories have been put forward to explain the cause of Attention Deficit Hyperactive Disorder with a majority of them having little or no scientific evidence to prove the association.

The theory states a deficiency of neurotransmitters, such as dopamine and norepinephrine, in areas of the brain which are responsible for attention and control of activity and behavior (frontal and prefrontal cortex). The lack of message transmission causes problems of initiating and maintaining resistance. Evidence to support this theory includes:

These are the areas that control attention, behavior, and emotions. Thus, structural derangements cause reduced brain activity, difficulty in performing some tasks, impaired attention, and unstable emotions. The cause of structural changes can be:

Neurophysiological deficits seen in cognitive functions are seen even at rest and impair one’s ability to regulate and maintain attention since the involved brain areas are deficient in task processing ability.

The patient is deficient in attention to activities where a person is disorganized and veers off the tasks he/she engages in. The main problem is a lack of focus and not defiance or incomprehension of instructions.

The patient is restless and becomes fidgety with tapping and restlessness. The person cannot remain still. The person bursts into impulses and talks a lot.

Presentation of attention deficit hyperactive disorder (ADHD) is described by the following findings:

Patients suffering from ADHD present with symptoms such as:

The diagnostic and statistical manual of mental illnesses (DSM 5) describes the diagnosis of ADHD by identification of at least 6 symptoms that should have lasted for at least 6 months.

The symptoms that make up the criteria for each subtype are as follows:

Identification of at least 6 of the following symptoms for at least 6 months gives the diagnosis:

The diagnosis of the attention deficit hyperactive disorder is made based on the clinical presentation and rarely requires further investigations. The diagnosis is made on a presentation of a 6–12-year-old child with inattentiveness and hyperactivity mostly diagnosed by the teachers at school.

A comprehensive history of the child’s behavior is compiled to establish the existence, frequency, and impact of the symptoms on daily life. Interviews on the same topics should be done with teachers, relatives, and caregivers.

Note: A thorough medical examination to rule out medical illnesses should be done.

Treatment is mainly supportive management since the disease presents a lot of difficulties in its management. For example, there are few/no approved medications to treat the disease and the physicians have limited experience in the management of the disease. However, some positive results have been seen in local trials with:

Stimulants such as methylphenidate are the mainstay therapy and considered first-line drugs in the treatment of the disease. These drugs enhance the brain function and mental ability thus, they control the lack of attention and distractibility. They work by increasing the levels of dopamine and norepinephrine level in the involved brain areas.

Behavioral patient therapy (BPT) and Behavioral Classroom Training (BCT) are methods that ensure that the patient has a conducive environment to control the lack of attention and periods of outbursts. The method is very effective and should be considered as a first-line method of treatment, especially in children.

Engagement of ADHD patients in various activities helps them focus on activities training the person to concentrate and avoid distractions.

These include yoga and meditation that enhance relaxation and the person’s ability to concentrate on activities. Herbal remedies have shown some control of symptoms.

The patient is trained to couple the EEG wave with certain tasks and thus encourage the presence of brain activity in all the brain areas, especially the frontal and prefrontal cortex.

Course and Prognosis of Attention-Deficit/Hyperactivity Disorder

Morbidity and mortality in attention deficit hyperactivity disorder (ADHD) is connected to higher incidences of substance abuse which leads to suicidal tendencies.