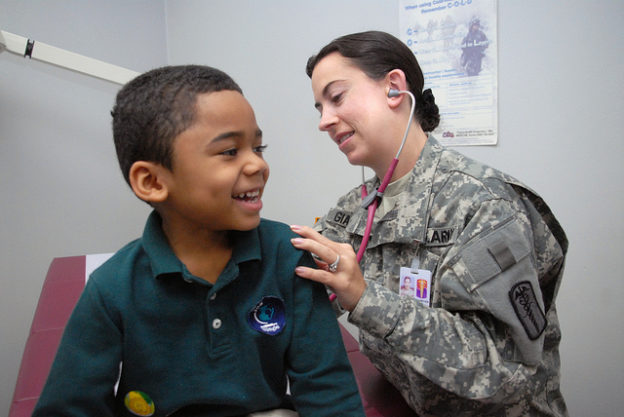 Myocardial cells are striated muscle cells that are similar to skeletal muscle. They differ because they have only one nucleus and many more mitochondria. These cells make up the walls of the atria and ventricles of the heart. They are electrochemically connected to adjacent cells by gap junctions and intercalated disks. Channels allow electrolytes such as sodium, potassium, and calcium to flow between cardiac cells and allow the heart to work in unison. In contrast, skeletal muscle cells lack intercalated discs and act individually.

Pacemaker cells are modified cardiomyocytes. There are many groups of pacemaker cells throughout the heart. They have the ability to spontaneously develop a cardiac action potential, called automaticity. The electrical impulse is propagated throughout the heart by conductive fibers and travels from the sinoatrial (SA) node to the myocardial cells of the right and left atria, then through the atrioventricular (AV) node, to the His-Purkinje fiber system and into the left and right ventricles. The electrical impulse stimulates the myocardial cells to contract.

Image: “A graphical representation of the Electrical conduction system of the heart showing the Sinoatrial node, Atrioventricular node, Bundle of His, Purkinje fibers, and Bachmann’s bundle” by Madhero88/Angelito7. License: CC BY-SA 3.0

Fibers of the autonomic nervous system connect to the SA node. Sympathetic stimulation (epinephrine, norepinephrine) increase the intrinsic depolarization rate while parasympathetic inhibition (acetylcholine) decreases this rate. Usually, the parasympathetic inhibition signal is the stronger of the two, resulting in a heart rate between 60-100 beats per minute. The depolarization impulse passes through the right and left atrium through internodal tracts of conducting fibers and myocardial muscle cells into the AV node that is located in the interatrial septum.

At the AV node, the impulse pauses briefly due to slow conduction velocity. This gives the ventricle an opportunity to fill before contraction. The AV node blood supply comes from the right coronary artery in 80 % of the population. The autonomic nervous system regulates the conduction velocity through the AV node. If the primary pacemaker (the SA node) is defective or damaged, the AV node becomes the pacemaker. It spontaneously depolarizes 40-60 times per minute, but this impulse is usually overwhelmed by the electrical impulse from the SA node. The impulse continues from the AV node to the Bundle of His-Purkinje fibers.

Bundle of His and Purkinje fibers

The atria and ventricles are electronically isolated by the annulus fibrosus. The Bundle of His is the only electrically conductive track that connects the two sections of the heart. The Bundles of His travel down the interventricular septum. It separates into the left and right bundle branches located in the walls of the left or right ventricles. Its blood supply comes from the left anterior descending artery.

The impulse continues down left or right bundles into the Purkinje fibers, the terminal branch of the conduction system. The left branch depolarizes first resulting in left ventricle contraction followed by the right ventricle contraction. The Bundle of His spontaneously depolarize at a rate of 30-40 times per minute, but the normal electrical impulse from the SA node usually overwhelms this signal.

Image: “Electrical impulse traveling through the heart from the SA node, through the AV node, and into the His-Purkinje fibers. Principle of ECG formation, fast” by Kalumet. License: CC BY-SA 3.0

An arrhythmia is an irregular heartbeat due to a disorder of the impulse production, impulse conduction, and in some instances both.

If the SA node degenerates and loses function than the AV node will take over as a pacemaker, but at a much slower rate. Also, the myocytes, non-pacemaker muscle cells of the heart, can develop an electrical impulse that will stimulate the heart to contract. This is a rare and dangerous occurrence.

Normal conduction delay occurs at the AV node. The electrical impulse pauses for a brief moment which allows the ventricles to fill with blood before continuing down the His-Purkinje system into the walls of the left and the right ventricles, stimulating contraction. Pathologic conduction delay can also occur due to medication (B-blockers, calcium channel blockers, etc.less) or tissue damage. The conduction fibers can be damaged to the degree where no signal passes through, called a block.

Reentry is another disorder of impulse. There is a polarity in electrical impulse propagation and conduction. The electrical impulse moves down the heart as tissue depolarizes and enters
a refractory period. However, if an isolated group of muscle tissue does not receive the electrical impulse and does not depolarize in a controlled manner, then they may depolarize spontaneously and activate surrounding tissue. This would result in an additional contraction and an arrhythmia.

A slow heart rate of fewer than 60 beats per minute (bpm), or bradycardia, is the result of a primary pacemaker dysfunction or a conduction block in the AV node or The His Bundles.

A fast heart rate of greater than 100 bpm, or tachycardia, is the result of an abnormal pacemaker or a reentry impulse.

There are many ways to classify arrhythmias. Here is a simplified method.

These arrhythmias are relatively common and usually benign and asymptomatic. Occasionally a patient will feel a palpitation or fluttering of the heart. Premature beats are further divided into a premature atrial contraction that originates in the upper chamber and premature ventricular contractions that occur in the lower chamber.

A slow heartbeat is known as bradycardia or bradyarrhythmia. This can occur in healthy individuals such as professional athletes. The Heart Blocks can be placed in this category. 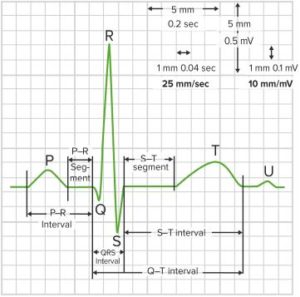 There are many different types of arrhythmias. Many arrhythmias are asymptomatic. However, palpitations, the awareness of an abnormal heartbeat, is the most common symptom of arrhythmias.

This can be sensed as a flutter or pressure in the chest. If the arrhythmia results in heart dysfunction the patient may experience dyspnea or syncope. Some arrhythmias are lethal within minutes, such as ventricular fibrillation.

Auscultation can occasionally detect an arrhythmia. Most arrhythmias can be diagnosed based on 12 lead electrocardiogram (EKG). A 12 lead EKG study is non-invasive but requires experience to interpret the result. It briefly measures the electrical signals the heart emits during depolarization of the cardiac muscle. A Holter monitor (portable 12 lead EKG) is used to detect infrequent or occasional arrhythmias. It is worn for about 24 hours and constantly monitors the heart.

A few arrhythmias (such as first degree SA block) require an electrophysiology study that is much more invasive and involves sedation and placing a catheter into the heart, usually through the arteries of the groin. Some arrhythmias only occur when the patient is under stress. A treadmill (or chemical) stress test is required to provoke the arrhythmia which is then recorded on EKG.

Some arrhythmias are completely benign. Some arrhythmias are potentially lethal and some require an immediate response to prevent death. Atrial fibrillation, a supraventricular arrhythmia, allows blood to stagnate in the heart and form clots. These clots could result in an embolic stroke. A transesophageal echocardiogram is required for any patient in atrial fibrillation to ensure clots have not formed during the arrhythmia and prior to returning the patient to conversion to normal sinus rhythm.

Ventricular fibrillation requires an immediate response, such as defibrillation, to prevent degeneration into asystole, cardiogenic shock, and death.