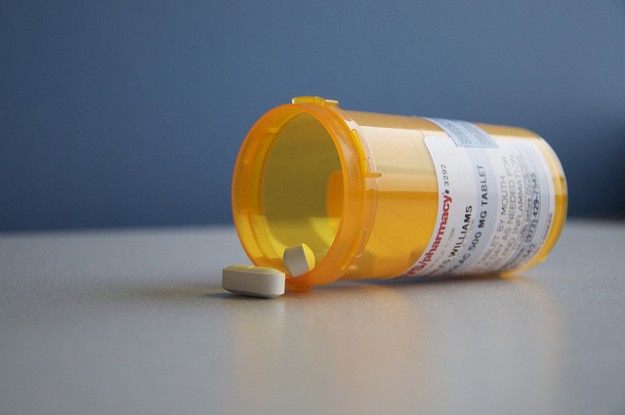 Arachidonic acid (Latin, Arachis: ‘peanut’) belongs to the family of lipids, more specifically, the fatty acids. By definition, fatty acids consist of hydrocarbon chains of different lengths, with a carboxylic acid group (-COOH), which is present physiologically in its dissociated form (-COO–). Carboxylic acids with a chain length of 4 or more carbon atoms are referred to as fatty acids.

Physiologically, arachidonic acid is inactive and is present in the esterified form, bound to membranes as phospholipids. Eicosanoid biosynthesis begins in the event of:

Activated cells then mobilize the enzyme CPLA2 (cytosolic phospholipase A2), capable of releasing ω-6 and ω-3 fatty acids from membrane storage. These fatty acids are bound in ester linkage to the SN2 position of membrane phospholipids and CPLA2 acts as an esterase to release the fatty acids.

Because of their lipophilic character, fatty acids pass through membranes and cannot be stored in vesicles. Their release is subject to a strict regulatory mechanism of the enzyme, which can only be activated by phosphorylation and the simultaneous binding of calcium. Extracellular signaling molecules, such as hormones and cytokines, may cause activation of the enzyme. Release only takes place when necessary!

Prostaglandins, thromboxane, and leukotrienes are summarized under the group name eicosanoids (Greek, eikosi = 20). They are mediators (messengers) and mediate various effects in the human organism, similar to hormones. Their lifespan ranges from a few seconds to minutes, which strongly limits the scope of their mediation. However, unlike hormones, they are not transported to the periphery via the blood. They act either in a paracrine fashion on localized neighboring tissue or in an autocrine fashion on the producing cell itself.

Eicosanoids are neither synthesized in special glands (like glandular hormones) nor in specialized individual cells (such as growth hormones). All mediators mentioned above are derivatives of polyunsaturated C20 fatty acids, in particular, arachidonic acid C20:4, and are, therefore, referred to as arachidonic acid derivatives.

Other mediators are, for example, nitric oxide, a strong vasodilator, as well as histamine and bradykinin, which play a significant role in inflammatory reactions.

The 3 most important substance classes of eicosanoids are prostaglandins, thromboxane, and leukotrienes. These 3 substance classes are further subdivided into 2 groups which result from the respective enzyme involved.

The name prostaglandin is derived from the prostate because the substance was isolated for the 1st time from this gland. Thromboxanes derive their name because of their relevance in thrombocytes.

In order to produce prostaglandins and thromboxane, arachidonic acid has to initially enter the smooth endoplasmic reticulum where COX is found.

As a derivative of PGH2, prostaglandins contain a cyclopentane ring.

Isomerases and reductases produce prostaglandins E2 (PGE2) and F2α (PGF2α). Through the activity of prostacyclin synthase, prostaglandin I2 (PGI2) is produced.

All thromboxanes have an oxane ring (cyclopentane ring and oxygen). Thromboxanes are synthesized in thrombocytes. From PGH2, thromboxane A2 (TXA2) is 1st formed via thromboxane synthase, resulting in the synthesis of more thromboxanes.

COX exists in 2 isoforms that perform different tasks. Clinically, this enzyme is very important because it is the target of acetylsalicylic acid (ASA, aspirin).

COX-I is produced continuously (constitutive) and is always active. Its presence in the gastrointestinal tract and kidneys is important since the inhibition of COX-I (for example, aspirin) can have serious side effects.

COX-II is not present ubiquitously, but only in some cells, particularly in leukocytes and macrophages of the immune system. Its activity can be induced by cytokines, growth factors, and endotoxins. COX-II is responsible for 3 effects which are the reason why COX inhibitors are commonly prescribed: They produce prostaglandins, which results in pain, fever, and inflammation.

Effect of Prostaglandins and Thromboxanes at the Molecular Level

Prostaglandin and thromboxane are hydrophilic, which is why they cannot diffuse freely across membranes. Thus, they require binding to membrane receptors, which are intracellularly linked to a heterotrimeric G protein and trigger a specific ongoing reaction cascade. To date, 5 main types of receptor classes are known. Depending on the type of receptor, inhibition or stimulation of adenylate cyclase with a corresponding decrease or increase in intracellular cAMP concentration occurs.

The demand release, production, and modulation of eicosanoids are triggered via stressing stimuli on 1 hand, and on the other hand, via other mediators such as histamine and bradykinin and gastrointestinal hormones such as gastrin.

The biological action of prostaglandins and other eicosanoids is extremely complex and at this point not fully understood. To recognize a single operating principle is difficult because numerous compounds act synergistically or antagonistically in some cases. Not only does the absolute amount of these mediators play an important role, but also the proportion of each mediator with respect to the others is contributory.

Aspirin as an Inhibitor of COX

Aspirin is present in almost every medicine cabinet in households around the world. Whether it is pain in the head and neck area, menstrual problems or a toothache, fever or colds – aspirin is the ‘superstar’ among analgesics and therefore often the 1st drug of choice when it comes to alleviating the symptoms.

The over-the-counter merchantability of this painkiller in pharmacies is currently debated by the public with respect to the responsible management of this drug by patients. In long-term studies, research on patient compliance in everyday life has been conducted. Results showed that consumers maintained a responsible attitude and were adhering to the information in the package insert for dosage and method of administration.

Aspirin, synthesized by the Leverkusen company Bayer AG since the beginning of the 20th century, is 1 of the longest researched medicines. The world health organization placed the drug on its list of essential medicines in 1977.

The active ingredient acetylsalicylic acid is distinguished by its many properties: it acts as an inhibitor of platelet aggregation, as a pain reliever (analgesic), to lower fever (antipyretic), and as an anti-inflammatory drug.

Its mechanism of action is based on an irreversible inhibition of PGH2 synthase, more specifically, of COX-I and COX-II. This results in the decreased formation of inflammatory prostaglandins and corresponding mitigation of the symptoms caused by prostaglandins. Since prostaglandin is also involved in the production of the mucus that protects the gastric epithelium, the intake of aspirin in high doses or with prolonged ingestion leads to stomach discomfort, bleeding, heartburn, or vomiting.

In order to minimize these side effects, the pharmaceutical industry has developed COX inhibitors that specifically inhibit COX-II alone. These drugs are still in the testing phase.

Fever is the body’s response to an infectious disease. The cytokines interleukin-1 and TNF-α, which are distributed in the blood migrate to the hypothalamus, where they induce the release of PGE2. This prostaglandin produces a set point adjustment at the temperature regulation center and fever occurs.

Effect of Prostaglandin on Birth

PGE2 and PGF2α have an effect on the uterus and trigger uterine contractions during birth. Pharmacologically, this effect can be modulated to imitate contractions for the early induction of labor, for instance, or to inhibit them in order to avoid premature birth.

Breakdown of Prostaglandin and Thromboxane

The breakdown of prostaglandins occurs in 2 steps. In the 1st and quicker step, widely occurring specific enzymes lead to the inactivation of prostaglandins, which are then broken down in the 2nd (somewhat slower) step in oxidation reactions (e.g., ß-oxidation in the liver).

After a half-life of about 30 seconds, thromboxane A2 breaks down into the inactive but stable thromboxane B2.

Unlike prostaglandins and thromboxanes, leukotrienes are formed only in a few types of cells – mainly in macrophages, mast cells, and granulocytes. As already described, the polyunsaturated arachidonic acid serves as a starting compound.

Several isoenzymes of lipoxygenase (exist, of which only 5-lipoxygenase) can produce leukotrienes. In contrast to COX, lipoxygenase is located in the cytoplasm and is mainly found in leukocytes and macrophages.

Intracellular increase in calcium levels activates 5-lipoxygenase, resulting in a release of leukotrienes.

Through the incorporation of molecular oxygen, 5-lipoxygenase turns arachidonic acid into hydroperoxide. First, 5-hydroperoxy eicosatetraenoic acid (5-HPETEs) is formed, which serves as an unstable precursor of all leukotrienes. The double bonds are then transferred, and leukotriene A4 (LT A4) is created, which in turn is the origin of the 2 most important main groups of leukotrienes: LTB4 and peptide leukotrienes. LTB4 is produced by hydrolysis, while peptide leukotrienes are produced by the addition of glutathione to LTA4 through a thioether.

Effect of leukotrienes at the molecular level

Just like prostaglandins, leukotrienes act on membrane receptors that lead to the activation of phospholipase C.

Different leukotrienes can be distinguished: LTA4, LTB4, LTC4, LTD4, and LTE4. While LTA4 is only an intermediate product, the biologically active forms are especially LTB4 and LTC4.

LTB4 is secreted by macrophages in the event of inflammation in order to attract leukocytes (chemotaxis). LTB4 increases vascular permeability, leading to fluid accumulation in the extracellular space and inflammation-associated swelling.

Peptide leukotrienes are involved in the development of bronchial asthma, due to their strong bronchoconstriction effect. In particular, LTC4 and LTD4 have approx. 1,000 times the potency of histamine.

Clinical note: The above-mentioned context clearly shows why antihistamines can only very weakly counteract bronchial asthma as bronchoconstriction is primarily caused by leukotrienes. The most important drugs are still synthetic glucocorticoids, which inhibit PLA2 and thus – relatively, in a non-specific manner – the formation of arachidonic acid derivatives, including leukotrienes.

The breakdown of leukotrienes takes place in the liver. Oxidation reactions take place in the peroxisomes of hepatocytes and leukotrienes are converted into biologically inactive metabolites, which are excreted in the bile.

The Role of Eicosanoids in Allergic Reactions

An allergy occurs when a normally harmless antigen triggers an overreaction of the body’s immune system. This reaction is also called a hypersensitivity reaction (asthma is a Type 1 hypersensitivity). The sensitive organism responds differently than normal (Greek allos = different, Greek ergon = work).

Allergies in a narrower sense are caused by an IgE-mediated release of histamine with immediate symptoms (immediate hypersensitivity). Histamine is synthesized by the decarboxylation of the amino acid histidine and is stored in the granules of mast cells. A matching antigen contact causes the breakdown of histamine-storing granules (degranulation) and the release of the mediator. Histamine is the most important mediator of immediate (or type 1) hypersensitivity reactions.

The effect of histamine is mediated via the specific H1 receptor. Typical symptoms are itching, increased mucus production, edema, vasodilation of the arterioles and venules, as well as bronchoconstriction, which is mainly involved in the pathogenesis of asthma.

Shortly after histamine release, PLA2 is activated in the mast cells, leading to the above-described release of arachidonic acid from the lipids in the plasma membrane.

Pharmacologically, each level of allergy development can be affected, resulting in the alleviation of the symptoms as follows: