Anxiolytics — Definition and Side Effects | Lecturio 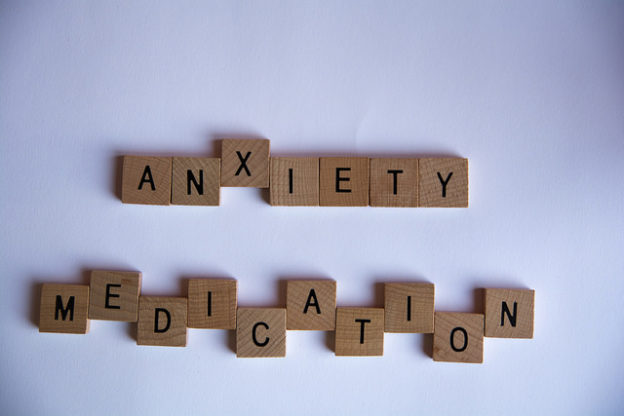 Anyone can present with an acute episode of severe anxiety symptoms due to life stressors, ongoing psychiatric disease, a pre-planned surgery or other cause. If the symptoms are severe enough, acute treatment with emergency anxiolytic therapy is indicated. Benzodiazepines are known to be efficacious in these emergency situations, but they carry their own risks such as drug dependence.

In addition to benzodiazepines, patients with acute and significant anxiety symptoms should also receive adequate social support from family, friends and the treating physicians. An emergency psychiatric consultation might be indicated if the patient poses a significant danger to him or herself, or to others. Patients with a chronic anxiety disorder who present with an acute exacerbation of their symptoms should be treated more cautiously and perhaps with a co-operation with the psychiatric department.

In contrast to the emergency treatment of acute anxiety symptoms, the management of generalized anxiety disorder is usually more complex. Cognitive-behavioral therapy, combined with pharmacotherapy is the best approach for these patients. In fact, some studies have shown that cognitive-behavioral therapy alone in generalized anxiety disorder is as effective as pharmacotherapy.

Patients with a severe generalized anxiety disorder who have severe impairment in daily functioning, who have suicidal ideation, or who show significant social skill deficits should be admitted for inpatient care.

The main treatment for panic disorder is the symptomatic treatment of the symptoms of panic attacks and the prevention of future attacks. Selective serotonin reuptake inhibitors, benzodiazepines or cognitive behavioral therapy have all shown excellent efficacy as initial treatments for panic disorders. Additionally, calming the patient and reassurance have shown good efficacy in managing an acute panic attack.

Selective serotonin reuptake inhibitors are the first-line therapy for anxiety disorders. Fluoxetine, paroxetine, citalopram, escitalopram, sertraline, and mirtazapine are all good options for the management of anxiety symptoms.

Fluoxetine is the preferred drug for the management of anxiety symptoms in a patient with a major depressive disorder. Unfortunately, fluoxetine is more likely to cause significant side effects and is generally poorly tolerated in treated patients.

Paroxetine is superior to fluoxetine in that the likelihood of developing significant side effects is lower. Unfortunately, paroxetine is a potent inhibitor of P450 2D6 and can interact with other medications that are metabolized via that pathway. Paroxetine has a limited half-life compared to fluoxetine.

Escitalopram is superior to the previously mentioned medicines and is usually well tolerated. Citalopram also has good efficacy and a lower risk of drug-drug interaction but is associated with an increased risk of QT prolongation.

Mirtazapine is associated with significant side effects such as weight gain and residual morning sedation. The sedative effects of mirtazapine usually wear off after using the drug for a few weeks.

Sertraline is a new-generation selective serotonin reuptake inhibitor with limited side-effects profile and good efficacy in managing anxiety symptoms. Unfortunately, sertraline is known to interact with other drugs that are metabolized via the P450 3A4 pathway.

Tricyclic antidepressants are a second-line therapy for the management of anxiety symptoms and should be used only if selective serotonin reuptake inhibitors have failed to manage the symptoms. Imipramine, amitriptyline, and desipramine have been all used in managing anxiety symptoms.

The drawback of using tricyclic antidepressants is the fact that they are associated with a higher risk of lethal toxicity if the patient’s overdose.

Clomipramine, a tricyclic antidepressant, has been approved by the FDA for use in obsessive-compulsive disorder. Clomipramine is highly effective in managing the symptoms of the disease, especially if selective serotonin reuptake inhibitors have failed.

Again, this class of antidepressants should be used only if selective serotonin reuptake inhibitors do not show efficacy. Venlafaxine and Duloxetine have been both approved by the FDA to be used in managing generalized anxiety disorder. Panic disorder and social anxiety disorders in adults can be treated with venlafaxine.

Benzodiazepines are usually used for the emergency management of panic attacks or anxiety attacks. Long-term use of benzodiazepines is a bit tricky in anxiety patients as the risk of suicidal attempt is high and patients might become dependent.

Alprazolam is used for the acute management of anxiety attacks with excellent efficacy. Lorazepam can be also used and is available in oral, intravenous and intramuscular formulations. Clonazepam has a longer half-life, hence a lower risk of dependence and can be used in patients with a less urgent need for symptomatic relief.

Chlordiazepoxide and oxazepam are very potent central nervous system inhibitors that act by increasing the levels of GABA in the limbic and reticular formation. They can be used for the acute and emergency management of severe anxiety attacks, especially if the patient poses a risk to him- or herself or to others.

Recently, buspirone has undergone extensive pre-clinical and clinical testing as an adjunctive antianxiety drug for the acute management of panic attacks or anxiety symptoms. Buspirone showed excellent efficacy as adjunctive therapy and when used as monotherapy. The only drawback of using buspirone is that it needs up to 3 weeks for full efficacy, which might not be reasonable in an emergency. Buspirone has a lower risk of cognitive or psychomotor slowing compared to benzodiazepines.