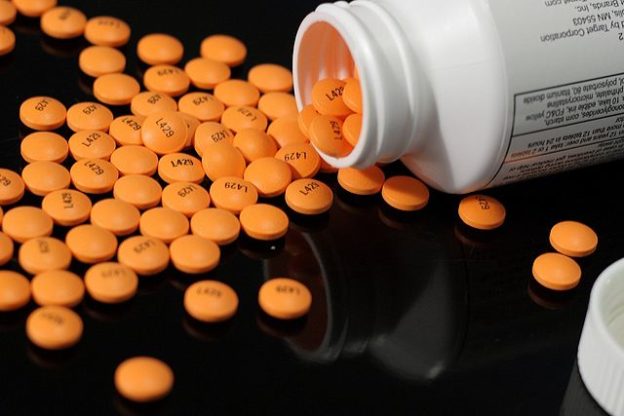 As the name implies, these drugs alter the function of the platelets rendering them incapable of adhering to each other and forming a blood clot. The most commonly used drugs belonging to this family include aspirin, ticlopidine, clopidogrel, dipyridamole, and cilostazol.

The recommended dose of aspirin as an antiplatelet agent is 50 to 325 mg orally daily. Aspirin is known to have rapid absorption, usually within one hour. Unfortunately, the absorption of aspirin is affected by food. Its metabolism takes place in the liver.

The mechanism of action of aspirin involves the irreversible inhibition of cyclo-oxygenase I which is responsible for the production of prostaglandin G2 and H2, and the subsequent production of thromboxane A2. Therefore, people taking aspirin are known to have a decreased level of thromboxane A2. Aspirin effects cannot be reversed until new platelets are formed, typically 7 to 10 days. Aspirin acts to inhibit aggregation of the platelet. It also possesses the potential to bring the anti-analgesic and antipyretic action.

Ticlopidine is superior to aspirin in that its absorption is not affected by food.

It is an antiplatelet drug that works by inhibiting adenosine diphosphate (ADP) receptors that are required for platelet aggregation and plug formation.

Like aspirin, ticlopidine is metabolized mainly by the liver. The recommended dose is 250 mg orally twice per day. It can reduce the risk of thrombotic stroke. Ticlopidine is associated with severe neutropenia and thrombotic thrombocytopenic purpura, hence it is rarely used nowadays.

Clopidogrel is a prodrug that is converted to an active metabolite by the liver. Clopidogrel absorption is affected by proton pump inhibitors. Moreover, people taking clopidogrel who have the genetic polymorphism CYP 2C19 are known to have reduced efficacy of the drug. Clopidogrel recommended dose is 75 mg orally, however, it can be titrated up to a maximum dose of 600 mg per day.

The clopidogrel mechanism of action involves the inhibition of adenosine diphosphate-related platelet aggregation. Clopidogrel is used in patients with cerebrovascular ischemic disease and is usually combined with aspirin in patients undergoing endovascular interventions.

Its effects peak in two days and last up to five days in circulation.

Some common side effects include upper respiratory tract infection, pain in the chest, headache, easy bruisability, itching, and heartburns.

This antiplatelet agent is also metabolized by the liver. An extended-release formulation is available in the dose of 200 mg that can be given twice per day. The mechanism of action involves the inhibition of phosphodiesterase and adenosine release. It inhibits RBC uptake of adenosine to inhibit the reactivity of the platelet. This results in reduced platelet aggregation.

Dipyridamole is commonly used in the prevention of stroke. Prevention of recurrent stroke can be also achieved with this antiplatelet agent.

Adverse effects of the drug include chest pain, headache, lightheadedness, and diarrhea.

Dipyridamole toxicity can be reversed by the use of aminophylline which reverses its dilating effect on blood vessels.

This antiplatelet agent has two favorable side effects in addition to its platelet inhibitory effect. It reduces triglycerides and increases high-density lipoproteins. In addition to that, it is known to induce relaxation of the smooth muscle cells of the arteries and arterioles. It causes vasodilation, especially in femoral blood vessels. The recommended dose is 100 mg orally twice per day. Its side effects include headache, diarrhea, and infection. Cilostazol is not approved for the treatment of cerebrovascular disease in the United States.

Anticoagulants are drugs that cause blood coagulation and prevent thrombus formation and expansion. The most commonly used anticoagulants in clinical practice are warfarin and heparin. Novel anticoagulants have emerged in recent years and they are superior to conventional anticoagulants for two main reasons:

Warfarin’s mechanism of action involves the inhibition of vitamin K epoxide reductase, which is an enzyme that is required for the reduction of the oxidized form of vitamin K. Vitamin K is required for the activation of the clotting factors II, VII, IX, and X. Therefore, the reduction of vitamin K availability for these clotting factors would result in anticoagulation. Warfarin induces a decrease in the activity of Protein C that results in some of its side effects.

The initial effects of warfarin start after 24 hours of administration, however, the peak anticoagulant effect is reached 3 to 5 days post-initiation. Warfarin is used in patients at an increased risk of thromboembolism disease or those with deep venous thrombosis.

It is started at a dose of 5 mg OD which is monitored via INR since its main pathway of action is the extrinsic pathway that is assessed by prothrombin time.

The main advantage of the drug over other anticoagulants is that it is cheap, available in the oral forms and thus it can be taken at home, while heparin is limited to hospital use for its agents act mostly on parenteral routes.

However, heparin is still needed before the effect of warfarin peaks and once INR is therapeutic, heparin is stopped and the patient can continue on warfarin alone.

Some rare adverse effects of warfarin include

Note: Warfarin is strictly avoided in pregnancy because of its contradictory effects on bones of infant causing bone defects and hemorrhagic disorders.

Heparin is used in the treatment and prevention of venous thromboembolism and in certain patients with cerebrovascular disease. Heparin binds to antithrombin III, enhancing its activity by inhibiting thrombin and factor Xa.

If heparin is given, constant monitoring with dosage adjustment is required by using the activated partial thromboplastin time which signifies the adequacy of the intrinsic pathway where heparin works. The target aPTT is 2 times the upper limit of normal/baseline.

Common side effects of heparin that should be monitored include

If bleeding occurs after the administration of heparin, IV protamine sulfate is used to reverse the anticoagulant effects of heparin.

Fibrinolytic drugs are the thrombolytic drugs that can stimulate the dissolution of the blood clot. These agents are the mainstay treatments for acute stroke. They are also commonly used in neurointerventional procedures. The intravenous administration of alteplase is the current golden standard of care for acute ischemic stroke.

Streptokinase is not commonly used in the treatment of acute ischemic stroke given the high risk of intracranial hemorrhage. Streptokinase might be used in some patients with acute coronary artery syndrome.

Immune hypersensitivity reactions are also possible and occur in up to 0.02 % of the cases. Angioedema is very rare; however, it has been previously reported in some patients receiving alteplase. Currently, there are no potent antidote treatments against the fibrinolytic effects of rtPAs.

Therefore, keystones in preventing complications are: