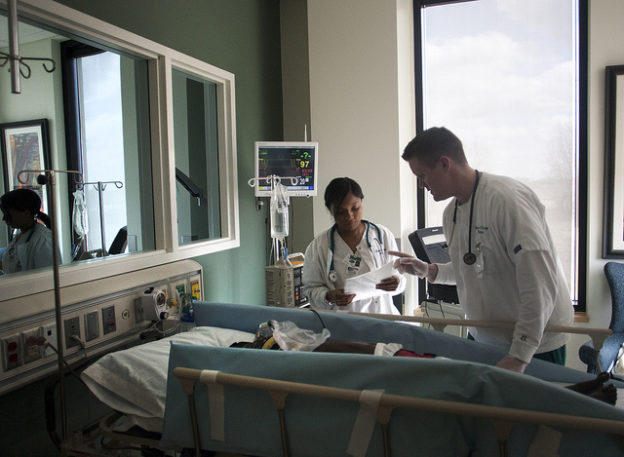 History of AI in Children

Addison’s disease is named after Thomas Addison, a renowned British physician of the 18th century who discovered this disease and elaborated on it extensively in ‘On the Constitutional and Local Effects of Disease of the Suprarenal Capsules (1855)’.

Epidemiology of AI in Children

The estimated annual incidence of primary AI is six new cases per one million people. In a recent audit at the Royal Children’s Hospital in Melbourne, Australia, the following was revealed about the epidemiology of primary AI in children:

While this information provides little about the exact epidemiology of the condition in the general population, it has taught us a few important lessons about primary AI in children.

The prevalence of Addison’s disease is estimated to be approximately 93–144 cases per 1 million people.

Classification of AI in Children

AI is classified as primary and secondary based on the pathologic level of dysfunction.

A multitude of conditions can lead to primary AI, as follows:

Primary AI is mostly the culmination of autoimmune processes, wherein the immune system attacks the adrenal glands. About 80% of Addison’s disease patients are potentially the victims of such autoimmune destructive forces. Autoimmune primary AI often occurs as a subset of a diverse congregation of autoimmune illnesses. The presence of one of these illnesses should prompt a meticulous search for the other.

The associated autoimmune conditions can be summarized as follows:

Adrenal destruction causing adrenal insufficiency is the result of a multitude of diverse etiologies, as shown in the following table:

Secondary AI has an identifiable inciting factor that brings about the devastation of the adrenal cortex. The most significant relevant secondary causes of Addison’s disease can be summarized as follows:

The etiologies of primary AI in children differ from adults. The most common cause of primary AI in children is congenital adrenal hyperplasia (71.8%). Autoimmune destruction of the adrenal glands is reported in approximately 12.7% of the cases of pediatric Addison’s disease. On the other hand, autoimmune Addison’s disease had a frequency of 81.5% in adults with primary AI. Tuberculosis and other infectious causes of adrenal gland destruction are rarely seen in children.

Etiopathogenesis of AI in Children

Addison’s disease is primarily an AI, which is a flaw in the adrenal production of cortisol. Because the adrenal glands are affected broadly, mineralocorticoids are usually affected as well.

The spatially separate affection of the hypothalamic-pituitary-adrenal (HPA)-axis determines whether it is primary or secondary AI.

Clinical Presentation of AI in Children

Addison’s disease is incompatible with survival. The most frequent presentation is of an insidious-onset, progressive crippling of the whole body. Early signs and symptoms are rather non-specific and therefore often go unnoticed.

It is said that a tan without tan lines is suggestive of high ACTH levels.

A brief summary of the clinical features is as follows:

The most prevalent features in the pediatric age group are lethargy and hyperpigmentation, along with vomiting and peculiar salt cravings. Some children remain undiagnosed due to the rather non-specific nature of the illness. They then have an unfortunate emergency presentation as they develop the Addisonian crisis secondary to a rather minor, seemingly innocuous, illness.

A few causes of Addison’s disease have unique presenting characteristics, such as shown in the following table:

One needs to be aware of the phenomenon of the Addisonian crisis when dealing with pediatric patients experiencing adrenal insufficiency.

Also called adrenal crisis or acute AI, Addisonian crisis is a potentially life-threatening complication of Addison’s disease. The sudden drop in the level of glucocorticoids, or relative acute deficiency of steroids in a patient with AI secondary to either exposure to acute stress or interruption in intake of steroids, leads to this crisis. Patients with congenital adrenal hyperplasia are also susceptible to this condition in times of stress.

One needs to be wary of the following clinical features of Addisonian crisis. The presence of a constellation of the following symptoms calls for immediate attention and urgent treatment. They are as follows:

Diagnosis of AI in Children

Addison’s disease is fundamentally diagnosed on the basis of simple blood tests such as Chem-7. The more complex tests are used to establish the etiology and document complications, if any.

The various investigations involved and their changed behavior in light of Addison’s disease are summarized in the following table for easy memorization and recall.

Management of AI in Children

Addison’s disease is a medical diagnosis with a medical line of management. Treatment is lifelong administration of steroids. It specifically involves the replacement of steroids either in the form of hydrocortisone or prednisolone in a customized dosage form that suits the individual patient. A subset of patients also requires mineralocorticoid replacement in the form of fludrocortisone.

In pediatric patients, clinicians must be wary of stressful circumstances that call for the use of escalated doses of steroids to avoid Addisonian crisis, a potentially life-threatening complication of Addison’s disease. Anything from dental treatment to major surgery can induce stress in these patients. Infections are commonly the nidus for the onset of an adrenal crisis.

Therefore, prompt medical attention and treatment of seemingly innocuous illnesses such as vomiting, diarrhea, and infections form an essential component of the management of Addison’s disease patients.

Specific treatment of the Addisonian crisis demands emergent management because it is life-threatening in nature. The key management steps are as follows:

Special Issues of AI in Children

Most of the pediatric patients are below average standard height percentiles when diagnosed. On receiving adequate optimum treatment, eventually, the linear growth is normal. Pubertal evolution is grossly uneventful in the majority of patients.

Addison’s disease, also known as AI, is incompatible with life. It is rare in the pediatric age group and is characterized by deficient levels of glucocorticoids circulating in the body. Mineralocorticoid production is occasionally hampered.

Primary AI is most commonly secondary to autoimmune processes. The adrenal cortex is damaged.

Secondary AI involves the infliction of the hypothalamus or pituitary due to disorders such as tumors, infections, or infarcts which, in turn, disrupts the HPA axis.

The HPA axis is vital to ensuring proper steroid output to cope with different physiologic and pathologic challenges. Erratic control of the adrenals by the HPA axis in secondary AI leads to AI.

Clinical manifestations surface only when about 90% of the adrenal cortex is damaged. The first few signs and symptoms are rather non-specific, thus making early diagnosis difficult.

Addisonian crisis is acute AI triggered by a multitude of potential stressors to the body. It is characterized by sudden acute neurologic deterioration with a generalized systemic breakdown. It is potentially life threatening and requires emergency management with rapid administration of steroids and correction of the metabolic disturbances that follow.

The diagnosis of Addison’s disease rather follows a simple algorithm. Blood tests such as Chem-7 are useful for diagnosis. The determination of etiology and complications calls for more complex tests such as MRI of the adrenals and the brain. The abnormalities in Chem-7 are as follows:

Management involves steroid administration for life, along with regular monitoring for metabolic disturbances. One should always be wary of Addisonian crisis.