Attention-Deficit/Hyperactivity Disorder (ADHD) in Adults| Lecturio
Are you more of a visual learner? Check out our online video lectures and start your psychiatry course now for free! 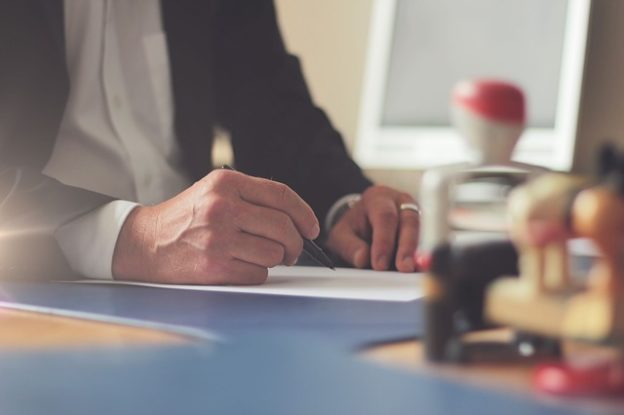 Attention deficit hyperactivity disorder (ADHD) is a neurodevelopmental disorder characterized by problems of:

All these symptoms resulting in significant functional decline.

The disease is common in children with a prevalence of 8—12 % worldwide. The prevalence of adult ADHD is 4.4 % in the United States and 3.4 % internationally. About 15—20 % of the children will carry the disease into adulthood. Boys are more affected than girls with a male: female ratio of 5:1.

Etiology of ADHD in Adults

The exact etiology of ADHD is not known. The disease is thought to arise from exposure to risk factors mentioned above, leading to slow development of the disease. The other known associations are:

Genetics: ADHD is thought to be a familial disease. There is a 2 – 8 times increased risk of developing the disease if one of the parents is affected. The genetic mutations that are incriminated include genes that encode for dopamine receptors.

Intrauterine toxin exposure to mutation-inducing toxins and maternal cigarette smoking predisposes the fetus to increased risk of DNA mutations that cause an alteration in neurobehavioral development.

Perinatal hypoxic/ischemic brain injuries damaging the neurohormonal mechanisms of the brain can be a cause.

Classification of ADHD in Adults

The patient is inattentive to activities where a person is disorganized and veers off the tasks where he/she engages in. The main problem is a lack of focus and not defiance or incomprehension of instructions.

The patient is restless, cannot remain still, and becomes fidgety with regular tapping. The person bursts into impulses and talks a lot.

Clinically, the patients with ADHD present with the features of:

The Diagnostic and Statistical Manual of Mental illnesses (DSM-5) describes the diagnosis of ADHD by identification of at least 6 symptoms that should have lasted for at least 6 months. The symptoms that make up the criteria for each sub-type are as follows:

The diagnosis of ADHD is made clinically on the basis of reliable history and physical examination. It rarely requires further investigations. A comprehensive history of the patient’s behavior by their siblings and colleagues is needed to establish the existence, frequency, and the impact of the symptoms in daily life.

A thorough medical examination to rule out medical illnesses should be done.

Treatment of ADHD in Adults

Treatment is mainly supportive management since the disease presents a lot of difficulties in the management. There are a few approved medications to treat ADHD and the physicians have limited experience in the diagnosis and management of ADHD.

Stimulants, such as methylphenidate, are the mainstay therapy and considered first-line drugs for the treatment of the disease. These drugs enhance the brain function and mental ability thus, they control the lack of attention and distractibility. They work by increasing the levels of dopamine and norepinephrine in the involved brain areas.

Behavioral patient therapy (BPT) and Behavioral classroom training (BCT) methods ensure that the patient has a conducive environment to control the lack of attention and period of outbursts. The method is very effective and should be considered as a first-line method of treatment.

Engagement of ADHD patients in various activities helps them focus on activities which train the person to concentrate and avoid distractions.

Some dietary modifications have an impact on disease severity. Dietary stimulants, such as caffeine, tend to increase the occurrence of symptoms and should be avoided. Vitamin and mineral supplements have been shown to reduce the rate of symptom occurrence.

The patients are trained to couple their EEG waves with certain tasks and are encouraged to modulate their brain activity in certain brain areas, especially the frontal and prefrontal cortex.

Complications of ADHD in Adults

Course and Prognosis of ADHD in Adults

Morbidity and mortality in ADHD are due to higher incidences of substance abuse which leads to suicidal tendencies.