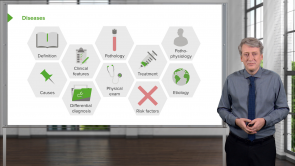 In this course you will find interesting facts about necrotizing enterocolitis – so let's get started! 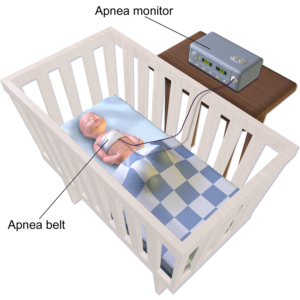 Apnea of Prematurity — Treatment and Guidelines
Apnea of prematurity is a condition that is believed to be caused by the immaturity of the respiratory center in the brainstem of premature babies and is characterized by periods of apnea that are longer than 20 seconds. Apnea that is less than 20 seconds but associated with significant bradycardia and/or oxygen desaturation can be also considered as apnea of prematurity. A full diagnostic workup to exclude sepsis, seizures, intracranial hemorrhage and other causes of apnea should be performed. Tactile stimulation is usually sufficient for mild apnea. Oxygen supplementation might be needed in moderate cases of apnea while medical treatment should be provided to severe cases.
read more 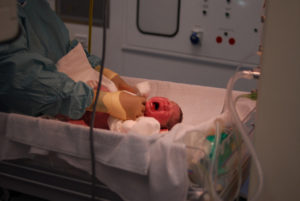 Necrotizing Enterocolitis (NEC) — Pathophysiology and Management
Necrotizing enterocolitis is a life-threatening inflammatory condition of the bowel that is characterized by mucosal injury, bowel necrosis or perforation. The condition is more common in pre-term infants. Bowel ischemia is believed to play a key role in the pathology of the condition, especially in full-term infants.
read more
Load more

Brian Alverson, MD is the Director for the Division of Pediatric Hospital Medicine at Hasbro Children's Hospital and Associate Professor of Pediatrics at Brown University in Providence, RI. He has been active in pediatric education and research for 15 years.He has won over 25 teaching awards at two Ivy League Medical Schools. He is an author of the book "Step Up to Pediatrics" and over 40 peer reviewed articles. Dr. Alverson has extensive experience in preparing students for the USMLE exams and has test writing experience as well.

(1) 5,0 of 5 stars
All contents are presented very nicey
By Dvsvb R. on 30. December 2018 for Necrotizing Enterocolitis

Most reliable content with clear and accurate for easy understanding

(1) 5,0 of 5 stars
All contents are presented very nicey
By Dvsvb R. on 30. December 2018 for Necrotizing Enterocolitis

Most reliable content with clear and accurate for easy understanding