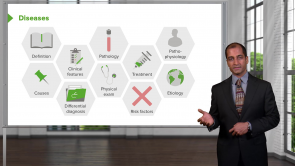 
This course covers everything you need to know about Fibrocystic Breast Disease. 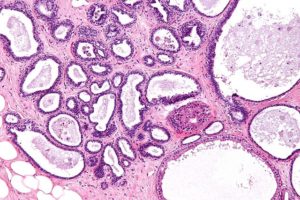 Types of Fibrocystic Change — Findings and Treatment
Fibrocystic breast changes are considered changes that mimic but do not achieve the threshold to be considered malignant conditions of the breast. They are changes that may be seen even in normal breast tissue. They are common in women of childbearing age 30-50 years old who have had hormonal influence by estrogen, progesterone, and prolactin for years. These changes stop after menopause and thus the occurrence of such changes is rare after menopause. The changes are classified into either non-proliferative change such as cystic lesions or proliferative changes without atypia such as epithelial hyperplasia
read more
Load more

he doesn't go into details of the topic. For a beginner, I would never recommend this lecture

he doesn't go into details of the topic. For a beginner, I would never recommend this lecture