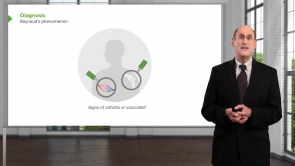 Diseases of the Lymphatic System


The cardiovascular system is the organ system that permits blood to circulate throughout the body. It transports nutrients, gases, hormones and blood cells to and from every cell in the body.

In this course, Prof. Joseph Alpert will examine this essential system for the wellbeing of the cells in our bodies. Moreover, he will review a variety of diseases that affect the arteries, veins and the lymphatic system.

Don't study just to pass your exams. With the help of topic reviews, clinical pearls, medical mnemonics and quiz questions we will make sure that you gain a deep understanding for vascular medicine, so you can become a better doctor instead of mindlessly memorizing facts.

Overview of Vascular Diseases
Vascular diseases are any abnormal conditions that affect the circulatory system and are responsible for more mortality and morbidity than any other category of human disease. The spectrum of pathology encompasses congenital and acquired disorders that are arterial, venous, capillary or lymphatic in origin. Vascular disease can affect virtually any vessel in the body and present with different symptoms in different regions of the body. The most commonly involved areas include the heart, head, neck, and upper and lower extremities. Less commonly, vessels supplying the bowel may be involved leading to bowel infarction.
read more 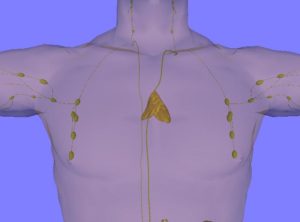 Human Lymphoid Organs
The lymphoid organs, including thymus, spleen, lymph nodes and tonsils are part of the Lymphatic System. The lymphatic system serves a purpose in immune defense. Understanding this system is essential for the diagnosis of many pathological processes. This article deals with the structure, modes of action and a basic overview of the diseases of the lymphatic system.
read more

Raynaud's Disease — Causes, Symptoms and Treatment
Nowadays, the human race is becoming more sensitive to the changes in the environment. This sensitivity may result in triggering a number of diseases, including Raynaud’s disease, which constitutes a change in the vascular functions of the human body. Conferring to the facts and figures of Raynaud, every 5 out of 100 Americans suffer from this disease. On the other hand, merely 1 out of 5 would pursue treatment. Raynaud's phenomenon most often affects women, rather than men, exclusively in the ages from 20 to 40. Raynaud's phenomenon can occur on its own or in relation to other medical conditions such as rheumatic diseases. Read on for an extensive explanation of Raynaud’s disease.
read more 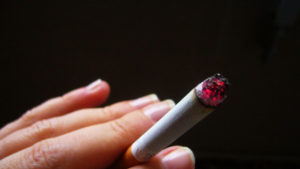 Buerger's Disease (Thromboangiitis Obliterans) — Symptoms and Treatment
In today's world, smoking is very common, and it is considered as a status symbol. Use of different kinds of tobacco in cigarettes and cigars is becoming a fashion. But most people are unaware of how critical this is for the development of cancerous ulcers. Almost five out of every 10 patients of Buerger's syndrome are smokers. Buerger tried to find the root cause of this particular problem. Here are the facts and figures one should consider when smoking frequently.
read more
Load more

Your Educators of course Diseases of the Lymphatic System

Dr. Alpert is Professor of Medicine in the Department of Medicine and Director of Coronary Care and Medical Director of Cardiac Rehabilitation at the University of Arizona (UA) College of Medicine, Tucson, United States.

Before joining the UA, he worked at the University of Massachusetts in Worcester as Professor of Medicine, Director of the Division of Cardiovascular Medicine, and Vice Chairman of Medicine. From 1992 – 2006 he was also Chairman of the Department of Medicine at the UA College of Medicine.

he is best precise easy to understand explains beautifully thanks sir

he is best precise easy to understand explains beautifully thanks sir