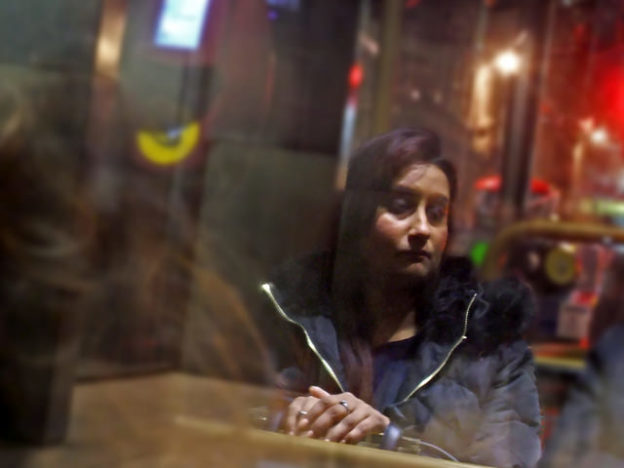 Dissociative amnesia can be defined as a common dissociative disorder with one or more episodes of forgetfulness of important personal information generally of a traumatic or stressful nature.

The most important causes of this dissociation to happen are trauma and stress. People who suffer from dissociative amnesia usually have a loss of autobiographical memory and only certain past experiences. These stressful and traumatic experiences can be natural disasters, death of a loved one, military combat, rape, sexual abuse, serious financial troubles or internal conflict. The patients are survivors of these events.

A severe form of dissociative amnesia that is also characterized by purposeful traveling away from one’s home and surroundings is known as dissociative fugue. A dissociative fugue can be also associated with complete loss of one’s identity and the creation of a completely new identity (derealization).

Nowadays, it is believed that amnesia in this group of patients is due to dissociation with their own real personal event. Dissociation is believed to happen due to a severe traumatic event, or tremendous emotional stress. The main risk factors for dissociative amnesia in the general population are drug abuse, alcoholism, female gender, a career in prostitution or being an exotic dancer. The traumatic experience or stressful event might not be recalled consciously but it can influence the behavior by an aversion to specific action, e.g. women raped in an elevator may show aversion to climb an elevator.

Additionally, patients with conversion disorders are more likely to suffer from dissociative amnesia due to the similar pathogenesis, i.e. experiencing severe stressor or trauma.

Dissociative amnesia can be localized or generalized:

Localized amnesia might be difficult to remark because the onset is usually insidious and the amount of information lost might seem trivial at first. On the other hand, generalized amnesia is characterized by dramatic and sudden onset.

The DSM-5 criteria for the diagnosis of dissociative amnesia consist of four main points.

Patients with dissociative amnesia should be sub-classified into with fugue or without fugue depending on whether the patient shows fleeing behavior or not.

Water-based PET scans are also used in patients with dissociative amnesia to study which brain regions are activated when previous life experiences are presented in healthy.

The right inferior frontal regions and the right prefrontal cortex were also showing hypometabolism on glucose PET in patients with dissociative amnesia. Later, these same patients underwent magnetic resonance spectroscopy (MRS) brain imaging of the same regions and they were found to have an impairment in the GABA/Glutamate ratios in that same region.

This finding is very important for the treatment of dissociative amnesia and in helping these patients to recall the lost events, i.e. it seems that dissociative amnesia is eventually an inhibition/excitation imbalance disorder that is localized to certain cortical regions.

Medical treatment of dissociative amnesia largely relies on the management of the associated depression with antidepressants and the performance of drug-assisted interviews. Drug-assisted interviews with barbiturates or benzodiazepines can help in the retrieval of certainly lost memories that can be the trigger of the amnesia.

When the patient recalls certain traumatic events or memories, it should be noted that the risk of suicide is increased significantly.

Hypnosis and hypnotherapy have shown some efficacy in helping the patients remember the traumatic events that led to this state.

Psychotherapy should first aim to the stabilization of the patient and the reduction of the symptoms. The next step should be the identification of the causes of the dissociation and understanding that dissociation usually happens due to certain wrong ideation or thinking mechanisms, i.e. a rape victim might blame herself. Addressing these issues especially in group therapy has been shown to be helpful.